Home / LIFESTYLE / REVIEWS > / FILM REVIEWS / Based on a bizarre real-life library heist, this black comedy calls into question the evolution of our species 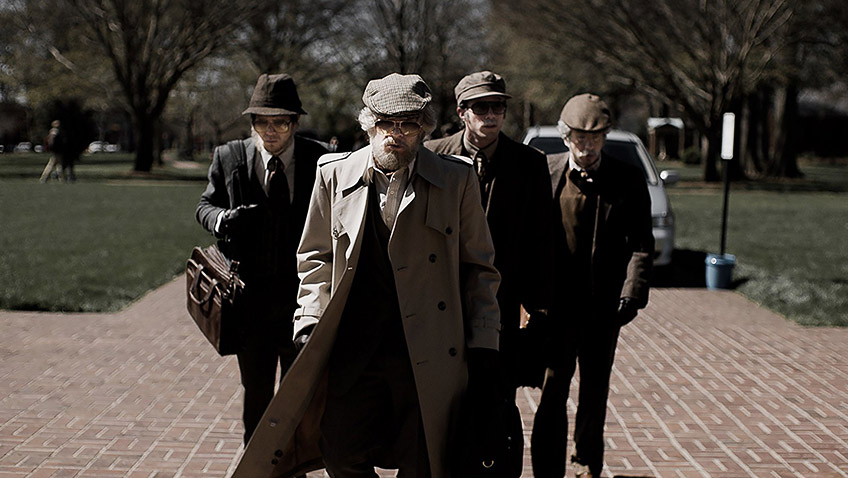 Based on a bizarre real-life library heist, this black comedy calls into question the evolution of our species

Bart Layton’s brilliant documentary The Imposter pushed the boundaries of the genre with a thrilling factual tale that was clouded by unfathomable human behaviour. In American Animals he muddies the water of fictional feature filmmaking with an opening caption that reads: ‘this is not based on a true story’ – only for the ‘not based on’ to disappear in the next frame. In this realm Layton can stage a dialogue between four young actors and the older, reflective, real-life college boys whom they are portraying. These are the young men who conspired to steal a rare book collection from their university library – and sell it on the black market. 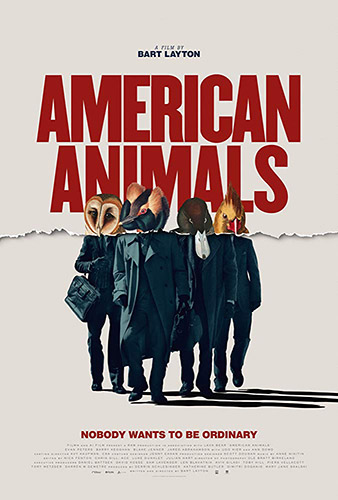 The surreal element is built in. Their college is ‘Transylvania’ University in Lexington Kentucky, the unlikely resting place of an oversized, extremely valuable and magnificent edition of John James Audubon’s The Birds of America

and a first edition of Darwin’s Origin of Species

. Layton’s flashy, fun, ironic style accompanied by an eclectic sound-track used strategically like Scorsese’s in the film Goodfellas seems to be questioning how far humans have evolved.

It is 2003 and while talented, middle-class art student Spencer Reinhard (Barry Keoghan) lives at home with his loving family and wants for nothing, he is desperate for inspiration. Smothered by his humdrum routine and dearth of big ideas, he is searching for extreme emotions and a challenge.

We see the real Spencer and the real Warren Lipka (played by Evan Peters) argue, in retrospect, about the origins of their big idea, but Spencer made the mistake of sharing his with loose cannon Warren – a long-haired, anarchistic rebel who, despite an athletic scholarship to the university, has little interest in sports or in staying in school.

Watching the two students plan a heist is a hoot, but we are continually mindful that the doomed plan is going ahead on its own momentum, out of a kind of morbid curiosity, more than a conviction. And it is just this idea of a loss of control and strange inability to stop a chain of events when involved in a group that proves thought-provoking and provides the potential for empathy.

While planning the heist Warren and Spencer begin to realise that they need two more men: maths’ student Erick Borsuk (Jared Abrahamson) for logistics and muscleman Chas Allen (Blake Jenner) as the getaway driver reluctantly agree. But for all the heist films they have might have seen, from Topkapi and The Italian Job to Nine Queens and Ocean’s 11, their planning skills and common sense are in short supply.

For one thing, no one really wants to grapple with the special collections librarian, Betty Jean Gooch (Ann Dowd) who holds the keys and the passwords. And for another, you just don’t give your real mobile phone number to the NYC art appraisers when you are dealing in hot property. 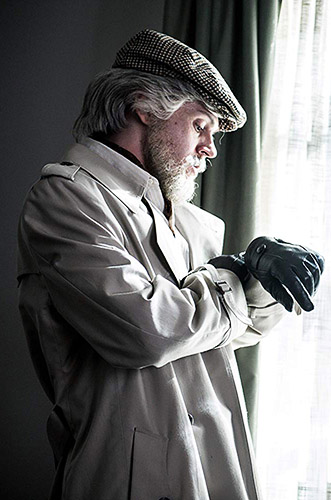 Pulling off a faux-documentary is no easy matter, and Layton uses the same technique as Craig Gillespie in his darkly comic I, Tonya which boasts that it is, “based on irony-free, wildly contradictory, totally true interviews with Tonya Harding and Jeff Gillooly”. But if Gillespie’s characters who address the audience remain the actors, changed to appear several years older, Layton goes all the way and has both the actors and the actual people they are portraying – now adults who look a lot less like their younger selves – talking to each other and to the audience.

This might suggest he is striving for authenticity, but as the opening caption makes clear, Layton revels in ambiguity. He is out to plant doubt in our minds a bit like he did in The Imposter. There are contradictions between what the actor/characters say and what their real life counterparts recall. And there are differences among the recollections of the four students. Late in the film we have to question whether Warren really did go to Amsterdam and meet with a Mr Van Der Hoek.

The fear on Warren’s face is understandable as Van Der Hoek is played by 72-year-old Udo Kier, remember him? There is a reason why Kier was cast as Jack the Ripper in the 1980 remake of Lulu, and the sadistic boyfriend of the sex slave 0’s in The Story of O. But it is Warren who is recalling that scene and the witnesses, if any, are not contactable.

If the film feels as shambolic as the heist, it might be because there is a range of styles, tones and pacing fighting it out and at times you have to wonder whether this is what Layton intended. When you have four editors credited on a film less than two-hours long with almost no CGI, it is usually not to create four different films.

The predominant tone is black comedy sometimes bordering on farce such as Warren’s alleged trip to Amsterdam to pre-sell the books to some black market dealers and Warren’s attempts to get rid of Ms Gooch. There is also farce in a scene in which the elevator does not open near the getaway car, and when the team dress us as elderly men to pass unnoticed, but stand out like sore thumbs. There is also pathos and a contemplative tone in which Spencer questions his life choices and the Erick and Chas realise that they have compromised their achievements and curtailed their future ambitions. Ironically, Spencer is the only one of the four who still lives in the home town he found so stifling, a town that will forever be the scene of his crime.

American Animals is an original and highly entertaining coming-of-age movie. But perhaps Layton could have dug deeper to crystallise why this compelling ‘real life crime’ story has lasting, universal relevance.