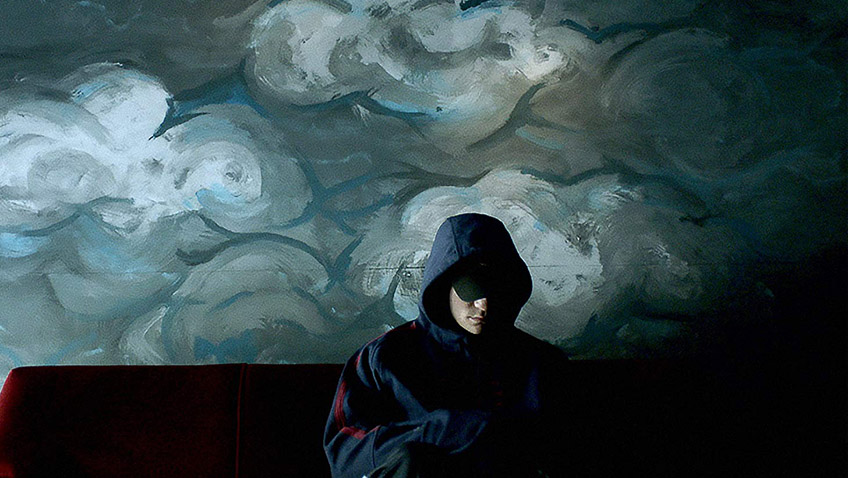 We are laughing at truth that is certainly stranger than fiction

won’t seem like a documentary at all. With its twists and turns, old-timer gumshoe, and re-enactments of everyone from Bourdin to the US Consul in Spain, it may seem more like a Film Noir or a creepy thriller. The Imposter

joins a group of documentaries that include Capturing the Friedmans, The Thin Blue Line and Catfish where the boundaries between authenticity and fiction are blurred. Even those who know about Bourdin will have cause to reassess what they know about one of the strangest episodes of his very strange life.

In 1997, police in Linares, Spain received an anonymous call from a tourist informing them that they found a homeless, young boy who appeared to be mute. Within hours the boy found himself the centre of attention in the local youth home.

Unbeknown to the officials at the home, or to the audience, this was one of a dozen such homes where French-Algerian Frédéric Bourdin had lived since he ran away from a youth correctional home at the age of 16. But this time was different. A child-welfare judge had given the alleged lost boy 24-hours to prove his identity and age or he would be fingerprinted by Interpol. And, for the first time, avoiding this fate would involve assuming the identity of a person missing and presumed dead.

Necessity is the mother of manipulation, and Bourdin, who claims his ‘job’ is to manipulate, manages to pass himself off as Nicholas Barclay, a blue-eyed, blond-haired American boy who had disappeared from his Texas home in 1994 at the age of 13. In addition to his facial hair growth, the problem with this passing off is that Bourdin has brown eyes, dark hair and speaks English with a strong French accent.

The most bizarre part of the story is not Bourdin’s actions but his adopted family’s reactions. In an irony that is not lost on Layton, the FBI’s Nancy Fisher, a savvy old-school private detective named Charlie Parker, and even Bourdin himself grow suspicious of the Barclay family. In a priceless twist, Bourdin fears for his life. 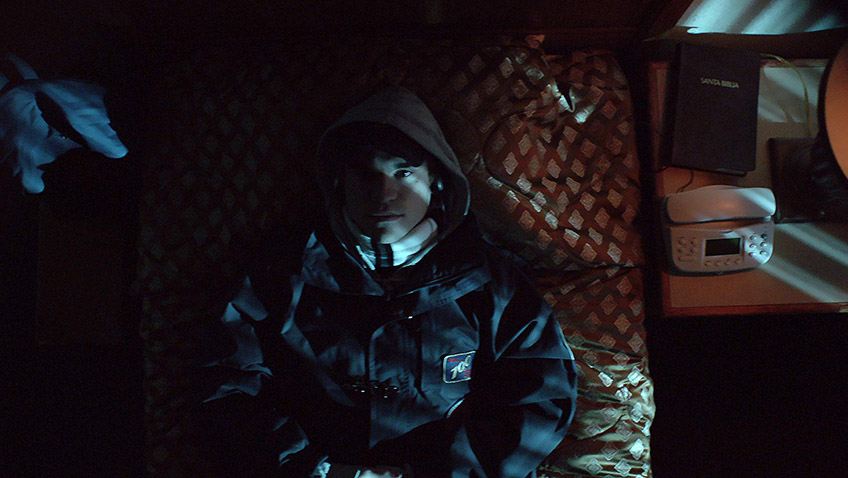 Adam O’Brian in The Imposter

From the start, Layton has the real Bourdin commenting on the action. At first it is off-putting as by 1997 Bourdin was not a lost boy, but a 23-year-old man while the man being interviewed (allegedly the real Bourdin) is considerably older still. But Layton has constructed his film as a puzzle, a mystery and a bit of a noir thriller that grows increasingly weird with every new piece of information disclosed.

If there is a criticism of this riveting documentary, it’s that we don’t learn anything about the pathology of Bourdin’s condition while, the magnitude of his previous crimes and misdemeanours is summarised in a quickly sketched geographical time chart. Perhaps this yearning for more information is a testimony to the film’s success. Realistically, it would take a three-hour film of a very different nature to cover Bourdin’s story.

By focussing on this one episode in depth, and providing unprecedented interviews with Nicholas Barclay’s mother, sister, nephew, uncle, the ex-FBI agent Fisher, and Texas MD Bruce Perry, the expert who confirmed that Nicholas Barclay was definitely not an American, Layton builds a mystery around the most testing episode of Bourdin’s life. It is also a self-contained story that exposes the gamut of human nature and organisational short-comings as few films have before.

There is also a fair amount of black humour in the film. Whether we laugh from astonishment at the FBI agent Nancy Fisher’s gullibility and helplessness, or at the sight of Charlie Parker digging for Nicholas’ body in the Barclay’s back yard, we are laughing at truth that is certainly stranger than fiction.