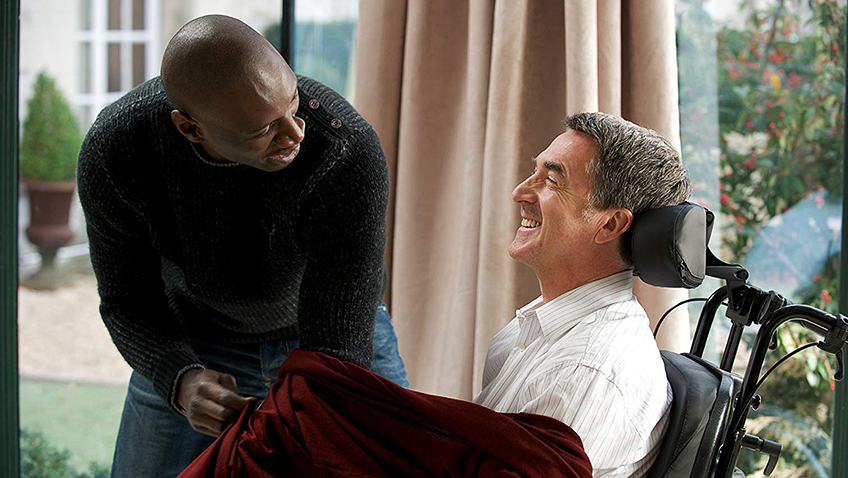 Untouchable is as enjoyable and sweet as an ice-cream sundae

After the success of The Artist, it’s not surprising that France’s entry to the Academy Awards Best Foreign Film category this year is Untouchable

: another feel-good comedy that was a smash hit in France. Omar Sy plays a hip, young black man from the housing projects who, in order to qualify for unemployment benefits, becomes a live-in carer for Philippe (François Cluzet), a rich, cultured quadriplegic. This formulaic comedy was chosen over Jacques Audiard’s (A Prophet) Rust and Bones, a tough, dramatic and less obviously romantic film that is also about a seemingly mismatched carer and invalid.

Philippe is a man used to getting what he wants, even though he is paralyzed from the neck down. We don’t know how he made his millions, but he is an art and music connoisseur. His other domestic employees are shocked when he selects the least likely candidate to serve as his live-in, intimate carer, but Philippe hates sycophants.

Driss (Sy), unconcerned with making a good impression, and unused to working with invalids, doesn’t pander to Philippe’s illness, and indeed, seems indifferent to his limitations. And that’s exactly what Philippe wants and needs. Driss becomes more of a friend and motivator than a carer. Their friendship leads to some humourous adventures and a mutually-beneficial (and conveniently politically correct) sharing of cultures and tastes.

After Philippe purchases a very abstract painting, Driss creates his own and Philippe sells it for 11,000 Euros. Oddly, we hear nothing more about Driss’s artistic career for the remainder of the film. Gradually Philippe leaves his inhibitions behind, and even goes paragliding again, with Driss.

Despite being based on the true story of Philippe Pozzo di Borgo (A Second Wind: A Memoir

), a millionaire paralyzed from the neck down in a paragliding accident, and Abdel Sellou, the light-skinned, Algerian-born man who became his carer, the film does not feel real or new. It has that formulaic feeling of many fictional films, such as Arthur or Driving Miss Daisy, in which two opposites find common ground in their differences, assisted by the glamour of money.

There is also something rather disappointing about the relationship. Despite witnessing Driss’s family’s hardship and lack of education Philippe doesn’t use his wealth to set up a foundation for disadvantaged youth or funding for a scholarship. This is more of a variation on the Pygmalion story. 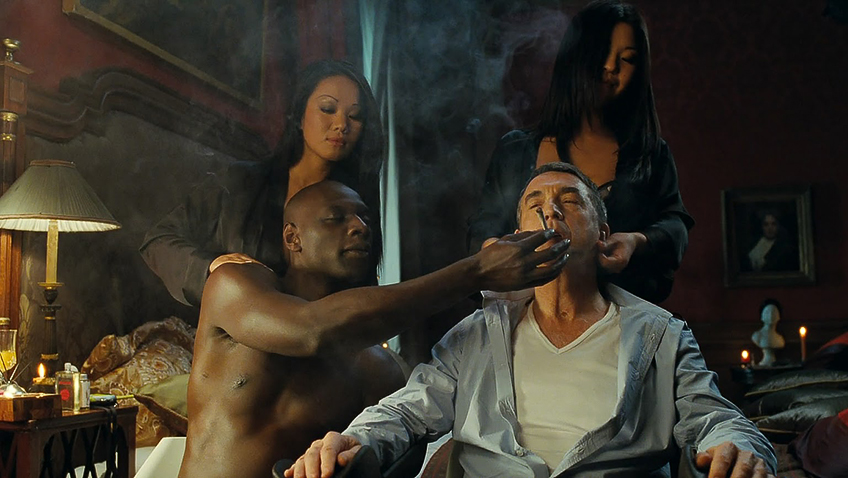 The performances are terrific and that makes the film. Omar Sy somehow beat The Artist’s Jean Dujardin to the Cesar’s Best Actor Award. Cluzot is so convincing as a high-strung, wheel-chair bound invalid that you forget that you saw the 10-time Cesar-nominated actor running for his life in Tell No One.

is the type of film that’s as enjoyable and sweet as an ice-cream sundae, but holds no surprises if you’ve had one before, and can leave you a bit queasy. The least surprising aspect of the film is that it’s been picked up for an English language remake by the distributors of the French film and rumoured to have Colin Firth attached. If writer/director team Éric Toledano and Olivier Nakache have kept the potential sentimentality of the material under control, don’t expect the same of the English language version.