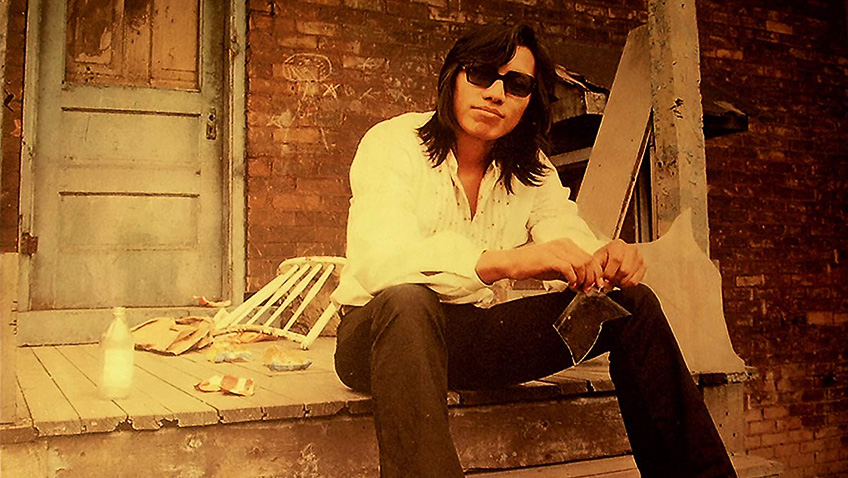 A beautifully filmed story with a humbling lesson

Once you’ve tasted your dream, can you forget the high and return to reality? In the case of Sixto Rodriquez, an American of Mexican, Native American and European lineage, the question can be phrased more specifically. Can you record an album that experienced producers predict will rival the work of Bob Dylan, and then return to building demolition work in Detroit? This question is at the core of Malik Bendjelloul’s moving, riveting and inspirational documentary, Searching for Sugar Man

Ironically, it is not folk/rock singer/songwriter Rodriquez who is asking the question, it is the viewer, imaging how Rodriquez must have felt, unaware that across the world, his debut album that had bombed in the USA had gone platinum.

Vocally, Rodriquez sounds like a cross between Dylan, José Feliciano, James Taylor and Richie Havens. His lyrics remind you of Dylans’. The song Sugar Man is reminiscent of Dylan’s Mr Tambourine Man, released five years earlier and there are many other echoes of Dylan’s work. But Rodriquez’s sound and lyrics caught the zeitgeist of 1970s South Africa where he was ‘bigger than Elvis’. Not mentioned in the film, Rodriquez was equally popular in Australia and New Zealand.

The title is somewhat misleading as it is used metaphorically. There are two people in this story who can actually claim the nickname Sugar Man. One is a down-and-out drug addict who reportedly wandered around inner Detroit looking for crack. Dan DiMaggio, owner of the Brewery Bar thought that Rodriquez, too, was ‘no better than homeless.’ Witnesses describe Rodriquez as a man who roamed the derelict streets of Detroit and wrote about what he saw. It was at a smoke-filled dive called The Sewer that producers Dennis Coffey and Mike Theodore first heard Rodriquez sing, his back to the audience. They recount that their meetings with the singer, who they signed to produce his first album Cold Fact

, were held on street corners.

The other person who can claim the eponymous name is South African jeweller turned Cape Town record store owner Stephen Segerman, one of the film’s many interviewees who also plays a key role in the story. When he was in the army, Segerman’s colleagues called him Sugar Man because they couldn’t pronounce his real name. 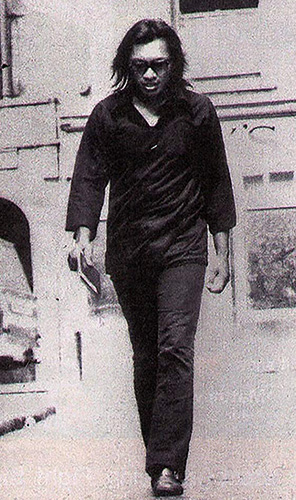 Rodriguez in Searching for Sugar Man

In the early 1970s, a bootlegged copy of Cold Fact

was brought to South Africa by an American visiting her boyfriend. Long before the internet, let alone social media, the music spread and it became the national anthem of anti-apartheid middle class white liberal youth, its lyrics, according to Willem Möller, a musician, ‘liberating the minds’ of people living in fear under a dictatorship. Like Möller, Segerman was one of the many anti-establishment youths inspired by Rodriquez.

Segerman went on to write the liner notes when A & M records, South Africa, issued the CD of Cold Fact

, but there was little to write as no one knew anything about the album’s author. This was due in part, he claims, to South Africa being closed off to the cultural world by censorship, boycotts and the dictatorship. The regime went as far as to scratch out the track of the title song, Sugar Man, from the vinyl albums because of the reference to drugs. The song I Wonder was also a ‘shocking’ song about a guy wondering how many times his girlfriend had had sex. References to sex, too, were off limits.

But as one interviewee points out, when you ban something, it just makes young people in particular, want it all the more. Unbeknownst to Rodriquez, or, if he can be believed, Clarence Devant, the owner of the American label, Sussex Records to whom all the royalties were sent, the album sold an estimated half a million copies. Devant, former Chairman of Motown Records, does not make a very credible witness and the mystery of the missing royalties remains unsolved.

We draw a mental picture of a lonely, impoverished artist disillusioned and depressed with the failure of Cold Fact

and of his second album, Coming From Reality

, produced by talent scouting producer Steve Rowland. Rumours spread that Rodriquez shot himself in the head or set himself alight on stage.

Although they deeply regretted Rodriquez’s death, Segerman and musicologist Craig Bartholomew Strydom teamed up to piece together information about Rodriquez. What they found was very different from what they suspected.

To say more would ruin the surprise of a film that is carefully constructed to tell a story which resonates on an emotional level with the audience. Searching for Sugar Man

is less interested in the search for Rodriquez than in communicating what it reveals about the nature of fame, fortune and crossing the educational/class divide. Bendjelloul has given us a beautifully filmed story with a humbling lesson for all audiences.