Home / SLIDER / Don’t you think it should cost less to be alive? 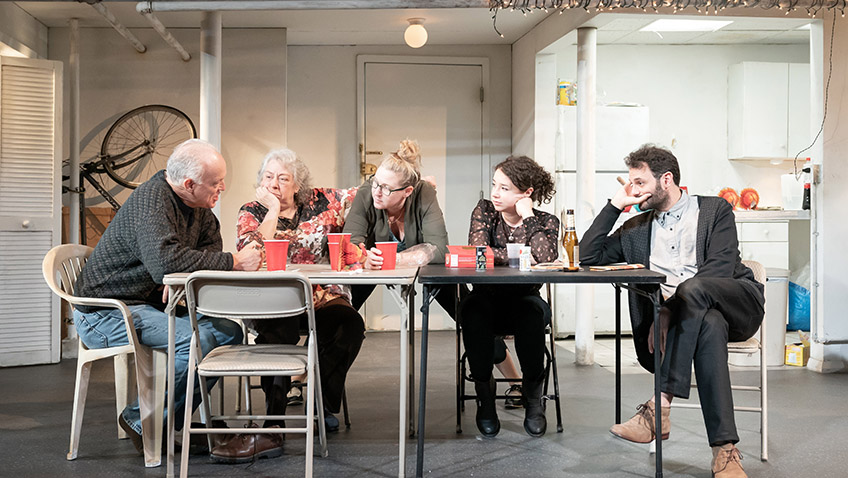 Don’t you think it should cost less to be alive?

The director is Joe Mantello and the cast is a fine ensemble. The designer is David Zinn.

A middle-class family comes together for a Thanksgiving dinner; but there is nothing to give thanks for. They are financially insecure and losing their home, their jobs and their health. 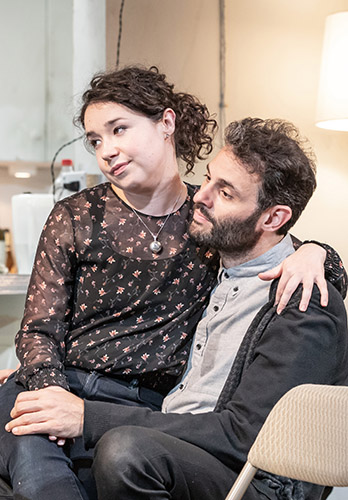 Sarah Steele and Arian Moayed in The Humans

The American dream has gone sour. There are fewer good jobs. There is no career ladder.

People are living in a hostile environment. Donald Trump’s presidency is in turmoil. Everyday there is another scandal.

A great number of vulnerable and frightened people are wondering how they are going to be able to finance their retirement.

“Don’t you think it should cost less to be alive?” asks a character in the play.

(The question gets the biggest laugh of the evening.)

Karam sets the drama in a duplex apartment in New York’s Chinatown. The basement is windowless and liable to flood. The ground floor is creepy. The courtyard is dirty.

A couple (Sarah Steele and Arian Moayed) has just moved in. It is not ideal but it’s all they can afford. There are disturbing noises overhead, outside and within. The electricity constantly fails.

Granny (Lauren Klein) is in a wheelchair, senile, babbling away, totally incomprehensible. Dad (Reed Birney) is having bad dreams. Mum (Jayne Houdyshell), a Roman Catholic, puts her trust in God and a waspish tongue.

Their daughter (Cassie Beck), a lawyer, has not only lost her girlfriend and her job but also her sex appeal, suffering from ulcerative colitis.

The Humans, acted straight through without an interval and lasting 1 hour and 35 minutes, is funny and at the same time definitely not funny.

The characters are morbid and depressing. The play moves to a strange, dark and existential climax, a jarringly different genre.