Home / LIFESTYLE / REVIEWS > / FILM REVIEWS / Despite an impressive cast, there was no reason for this gender-swapping remake 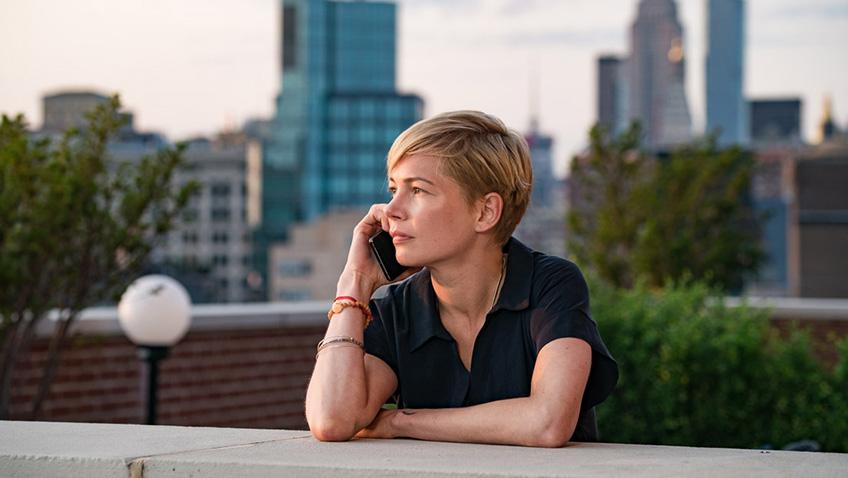 Despite an impressive cast, there was no reason for this gender-swapping remake

Watching Bart Freundlich’s English language adaptation of Susanne Bier’s After the Wedding (Efter brylluppet), makes it hard to believe that her 2006 film was nominated for an Academy Award (in the foreign language category). Despite a gender swap and the pairing of two top American actresses who excel at tragedy, Freundlich’s version of After the Wedding brings out all the contrivances, manipulation, bathos and melodrama in the script that Bier managed to keep under control. Or perhaps subtlety can be lost in translation. 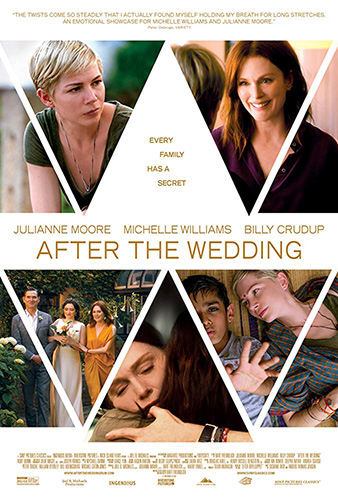 Freundlich’s idea was to remake the film using two women, instead of two men as, respectively the wealthy Danish entrepreneur and philanthropist who wants to make a sizeable donation to charity, and the Danish charity worker in India whose orphanage is facing closure without a sizeable cash injection. One reason why the idea of gender swapping is interesting here is that events challenge and confirm the various characteristics normally associated with women: maternal and family-orientated, empathetic and sensitive – and less likely to sacrifice everything for work. Another reason, perhaps, was for Freundlich to direct his wife, Julianne Moore.

With a ravishing aerial establishment shot, we are set down in rural India where Isabel (Michelle Williams, Manchester by the Sea, My Week with Marilyn), thin, pale and blond, is teaching a group of young Indian orphans how to meditate. Returning to the orphanage she learns that it is struggling, and a mysterious benefactor, Theresa Young, has requested that Isabel travel to New York for a meeting. Isabel does not want to leave a vulnerable orphan who has progressed under Isabel’s care and has become a kind of son to her. Rather oddly, the benefactor will only meet with Isabel and no one questions this stipulation.

It is perhaps a subtle acknowledgement of Isabel’s inflated sense of self-importance that the orphanage manager reminds her, ‘God gave us these children long before you got here’. In short, everyone is expendable, even Isabel.

Isabel is met at the airport in New York by a company employee, Jonathan (Alex Esola) who proudly informs Isabel that he ‘knows Theresa well’ because he is the future son-in-law of Isabel’s potential benefactor, whose praises he sings. This conversation enables the script to incorporate some expository information in a natural way. Jonathan brags that Theresa started the company from nothing 22 years ago and has built it into one of the top media placement companies in the world. If Isabel is impressed, she is not letting on. She, and the audience, also suspect that Jonathan is more in love with Theresa than with her daughter. Hold that thought for another hour.

Isabel reacts haughtily to the luxurious hotel and is grumpy and stone-faced when her hostess (Moore), informs her that the meeting, which has been interrupted by phone calls about catering and insurance (‘’a lot of hoops to jump through when you’re selling your company), has to wait because Theresa’s daughter Grace Carlson (Abby Quinn) is getting married over the weekend. 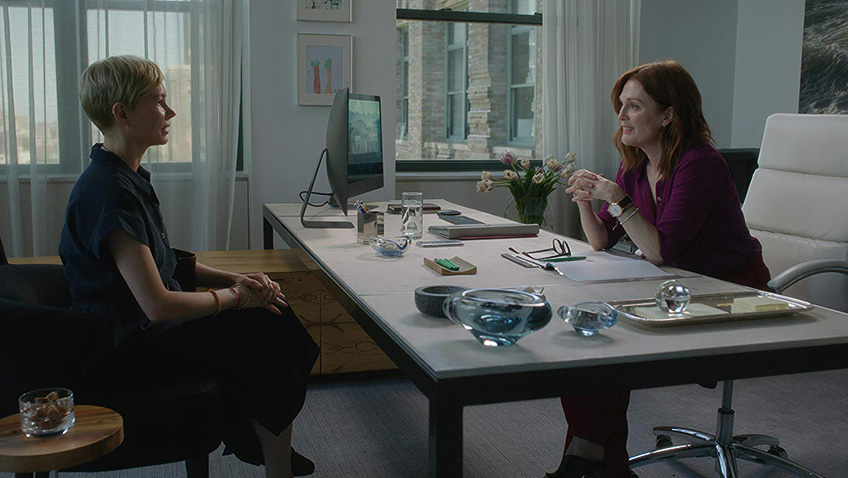 Julianne Moore and Michelle Williams in After the Wedding

Isabel is, of course invited and her thoughtful hostess provides a lovely, pricey dress for the occasion. Isabel rejects this in favour of showing up late in a drab, inappropriate outfit, that has ‘non-materialistic, holier-than-thou charity worker’ written all over it.

Isabel’s scowl turns to shock when she sees a good-looking man in his fifties whispering affectionately to Theresa. She suspects that this is the father of the bride and Theresa’s husband, the sculptor Oscar Carlson (Billy Crudup, Spotlight, Almost Famous) whose creations we’ve seen about the house.

Isabel does a bit of research and then wastes no time in confronting the Oscar and Theresa with the fact that, 20 years earlier, Oscar was her former boyfriend and the father of a baby girl they put up for adoption before separating.

Isabel is reeling, but that’s nothing compared to how the viewer will be feeling as the coincidences turn into something more calculated and oppressive. Let’s just say that Theresa’s talent for multi-tasking is increasingly impressive. And of course, there is a final blow that ends the film in bathos as Freundlich and Moore go for a tearjerker like no other, and, of course, an Academy Award for Moore, also a co-producer.

There is, as viewers will come to appreciate, a big problem in the idea of changing the genders of the protagonists, an idea that is the raison d’etre of the remake. In countless movies, books and indeed in real life, female characters have chosen not to inform the father of their child of the happy or dreaded birth for all sorts of reasons. But it is more uncommon for the mother not to know and want to be involved with her new born’s future. Hence the need for Freundlich to concoct an elaborate adoption story that places both Isabel, Oscar and their hazy backstory under suspicion.

This being a feminised version of the original, the daughter Grace has an expanded role. While Quinn is a good actress (she will co-star in Greta Gerwig’s anticipated second feature, Little Women) never has a daughter looked so different from her father and mother. In a film about paternity and maternity issues, and mother/child bonding late in life, it is essential that the audience, if not the characters be aware of the marked physical resemblance between two strangers.

And though this is perhaps a minor quibble, it’s curious that Isabel who has clearly gone native and is considering adopting an Indian boy, speaks in English in all the Indian scenes, save for a scattering of Hindi. But there is a more important point to be made about Isabel that prevents this from being a role worthy of the very talented Williams. Her character is so self-righteous, judgmental and serious that you feel little sympathy for her. It is interesting that when Isabel returns to the orphanage, offering her beloved little boy a life of opportunity and privilege in America (something that, we imagine, most Indian children dream of) with her, or life in poverty in India without her, she is taken aback when he chooses to remain with his friends. You have to wonder whether the irony of this ending, given the enormous emotional challenge confronting her in New York, is intended.