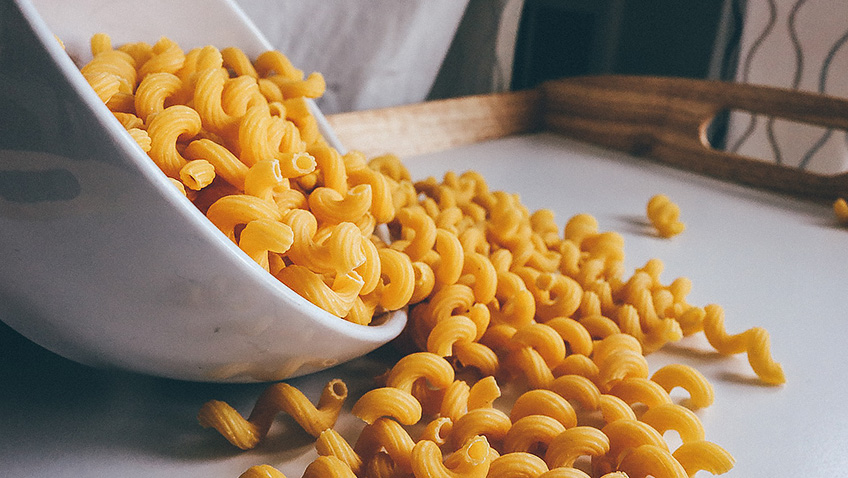 Ravioli & macaroni have been part of British culture for centuries

Despite having a diverse culinary heritage inspired through invasion, it seems we British are more interested in mastering Italian cuisine than our own traditional dishes. A European-wide survey found that 61% of the Brits that responded would prefer to cook as Pietro and Paola rather than Peter and Paulas. But I’ve got news for those pasta throwing wanna-bes – ravioli and macaroni have been part of British culture for centuries.

It all started with the Roman invasion. This was bad news for those unlucky Brits slaughtered on the battle fields but once we realised the Romans weren’t going anywhere, we natives adopted their ways rather quickly. The result: hypocausts and tesserae and kitchen gardens planted with the ‘Italian’ staples of fennel and garlic.

Boiled squares of rolled out flour and water dough are started to be eaten and enjoyed. Ravioli gets a mention a few centuries later in a medieval cookery book and somewhere along the line dough tubes known as macaroni become a store cupboard stand-by.

The Edinburgh Book of Plain Cookery Recipes (the 1932 version, bought for 50p at a charity shop, is a revised edition of the 1879 School Cookery Book) has eleven recipes for macaroni. Ranging in such delights as:

SPAR Vine and Bloom Vegan Italian Merlot 2018
£5.50 SPAR
Part of a new range from SPAR that is strictly vegan. This light and fruity Merlot is a nice wine and a good price.

Is this it? Hungarian Pinot Blanc 2018
£6.50 Co-op
A nicely balanced fruity wine that tastes of all sorts of things: lemon, pear, apricot and grass. What a bargain.