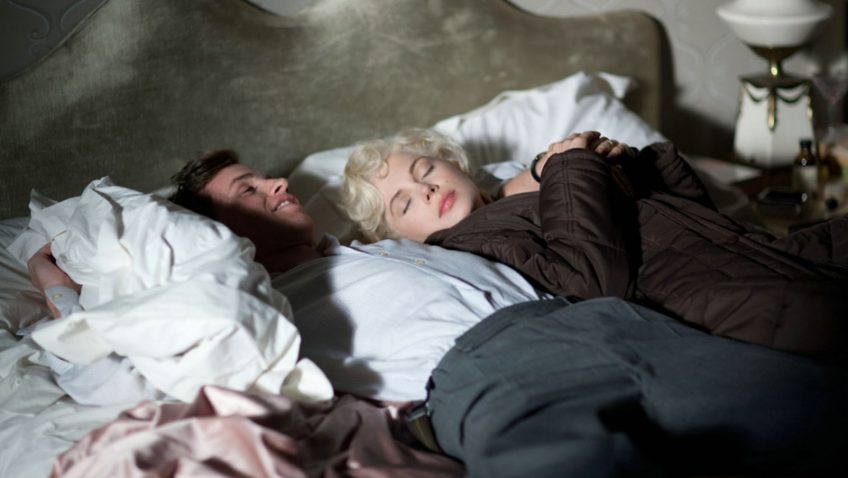 Like The King’s Speech last year, My Week with Marilyn

is a crowd pleasing, bitter-sweet British period drama in which top actors impersonate, if not British royalty and noteworthy people of the day, British, and American cinema royalty and their entourages. Both films base their appeal on the unlikely relationship between an unknown, ‘civilian’ underdog, and the ‘royal’ celebrity in question. There are two reasons to see Simon Curtis’ My Week with Marilyn

: one is the superb performance of Michelle Williams (Brokeback Mountain, Blue Valentine) as Marilyn Monroe, and the other is Kenneth Branagh’s equally courageous performance portraying Sir Laurence Oliver.

England might not have been quite ready for the arrival of Marilyn Monroe, the biggest movie star in the world in the mid 1950s, and certainly, the classically trained and highly disciplined Shakespearean actor/director Laurence Oliver would never be. But her arrival to film opposite Olivier in the Prince and the Showgirl, under his direction, provided young Colin Clark (the son of Kenneth Clark) with an entry into the movie business that was to become his career. It also provided him with the material for a memoir entitled The Prince, the Showgirl and Me

, published, audiences will note, 40 years after the event.

, the Prince and the Showgirl was a superficial bit of fluff and the film is at its most entertaining when showing us the preproduction and shooting at Pinewood Studios – glimpses of a by-gone era. Here we see Clark renting houses for Marilyn and Dame Sybil Thorndyke (Judi Dench) taking Marilyn under her wing – less out of genuine affection than out of a desire to keep her from walking out in tears. Marilyn’s late arrivals (due to drug taking, drinking and insecurity) annoy Olivier no end, and his reactions give us the only funny lines in the film. 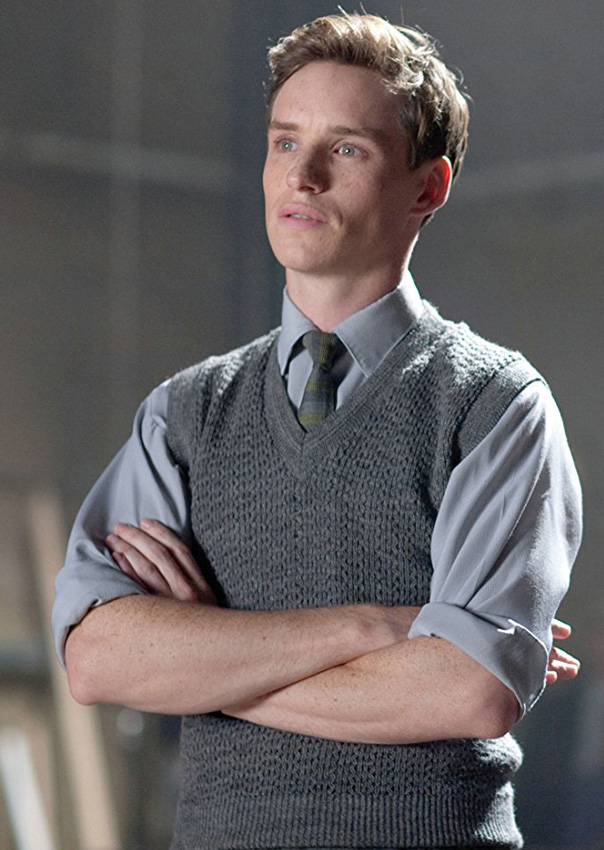 Eddie Redmayne in My Week with Marilyn

Also on the set are 43-year-old Vivien Leigh (a disappointing Julia Ormond) sizing up her new competition and the ubiquitous British actor Dominic Cooper (The Devil’s Double, Tamara Drewe), miscast as Monroe’s manager, Milton Greene. Dougray Scott, however, is impressive in his cameo as Marilyn’s latest husband, the playwright Arthur Miller. Williams, who nails down Monroe’s voice, walk, facial expressions and even those famous curves, brilliantly expresses her glamour and her vulnerability.

But alas, the bulk of the film is focused on Colin Clark’s (Eddie Redmayne, The Other Boleyn Girl, Savage Grace, Glorious 39) puppy-love crush on Marilyn. Adrian Hodges’ script and Simon Curtis’ direction are too stage-like and superficial to impart any depth to the relationship let alone any fresh insights into Marilyn’s tragic life. In seeking out Clark’s non-threatening company, Marilyn might be instinctively leading him on to thank him for his discretion. On the other hand, Clark clearly took the flirting more seriously than it was intended. Whatever its nature, their surprising relationship is milked for more than it’s worth, or so it seems.

In fact, Marilyn does a lot more than flirt. We see Marilyn and Clark cavorting around Windsor castle, going skinny-dipping and kissing and cuddling in bed (over the covers). Redmayne spends most of the film either wide-eyed-and-innocent or conveying his love sickness through droopy brown eyes. The longer it goes on, the less we believe, or care about, any of it.