Home / LIFESTYLE / REVIEWS > / FILM REVIEWS / A lot is true in Kenneth Branagh’s Shakespearean biopic, but less would have been more 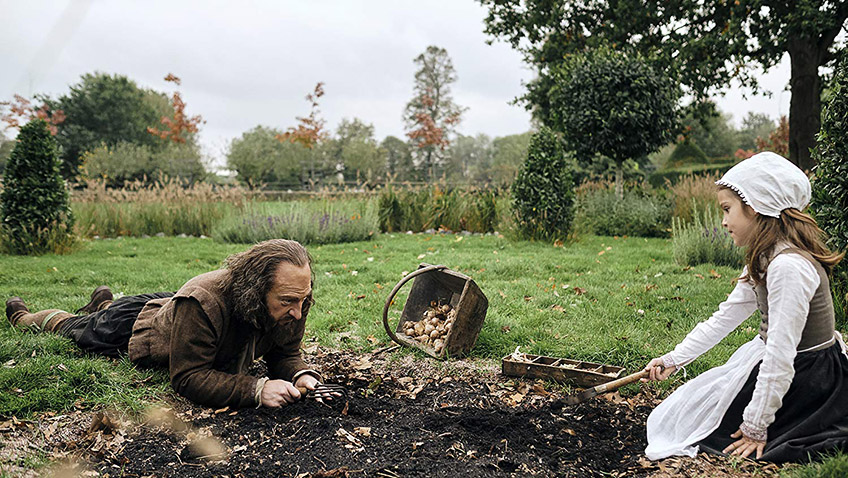 A lot is true in Kenneth Branagh’s Shakespearean biopic, but less would have been more

Given the thousands of volumes written about his plays and poetry, relatively little is known about the life of William Shakespeare, Britain’s, and arguably, the world’s, most celebrated writer. But you’d never know it from Kenneth Branagh’s richly imagined, beautifully filmed, but misguided, biopic about Shakespeare’s retirement years, from 29 June 1613, when the Globe Theatre burnt down, until his death, on his birthday, 26 April 2016.

The film has all the elements of a triumphant Oscar entry. Everyone has heard of Shakespeare and two of this country’s greatest Shakespearian actors play William and Anne Hathaway respectively: Kenneth Branagh and Dame Judi Dench (who won an Oscar for her cameo the Shakespeare biopic Shakespeare in Love). Anne was, in fact, older than William, but the twenty-six year gap here is jolting, at least until Dame Judi’s spark shines through. The screenplay is by Ben Elton, who wrote the hilarious, witty and irreverent television series, Upstart Crow about The Bard.

And yet, almost from the get-go, All Is True

feels less like an award winning feature film and more like a high quality GCSE level study guide that moves along nicely, ticking off box after box. While Elton slips into Upstart Crow mode at times, Upstart Crow this is not. Instead, the filmmakers have created a soul-searching melodrama about a self-pitying, misogynistic literary hero’s guilt over the death of his only son Hamnet; his yearning for a grandson and his disillusionment that it was his daughter, Judith, (Kathryn Wilder) who supplied the young Hamnet with poetry (which he transcribed in his childish hand as she could not write).

The box ticking begins from the opening caption informing us that after his theatre burnt down, Shakespeare returned to Stratford and never wrote again. We are also told that the play in progress was Henry VIII, whose working title, before the 1623 portfolio was published, was All is True. There is, of course, irony in borrowing this title as Branagh and Elton know very well that Shakespeare makes use of artistic licence, just as does Elton. In the anachronistic and misappropriated words given to William in the film, ‘I never let the truth get in the way of a good story.’

Here, it is not the truth that gets in the way of a good story, but the amount of it.

First, we meet Anne (Dench), who coldly welcomes her husband home and shows him to the guest room (there is a bit deal made about the second best bed in Shakespeare’s actual will). And as he moans the loss of Hamnet, who was to carry on his legacy, an unsympathetic Anne reminds him that at the time of the boy’s death he was busy writing The Merry Wives of Windsor. 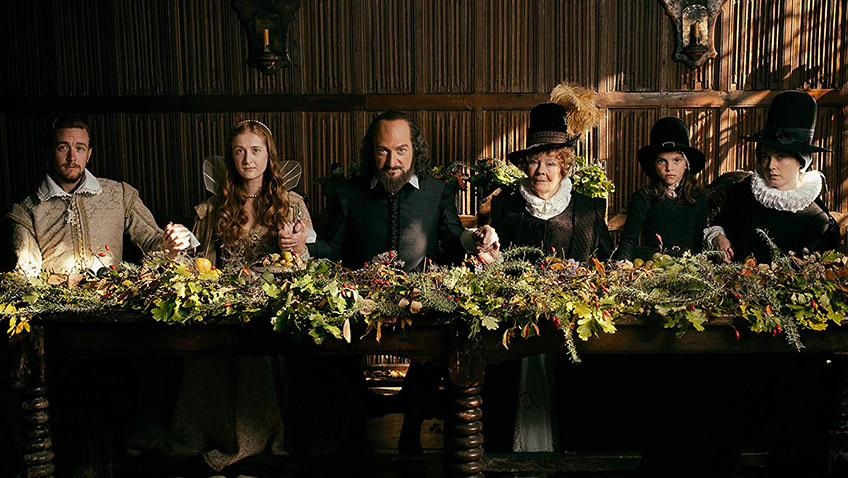 We also meet William’s preferred daughter, the pretty Susannah (Lydia Wilson), married to a Puritan doctor who has made her life so miserable that his existing young granddaughter is all that William can expect from their marriage. Judith, the bitter, sharp-tongued spinster daughter spills the beans that she wrote the poems that Hamnet gave to his father to impress him. It is even intimated that the boy, whose ghost William sees on the estate in the mode of Hamlet, drown himself (Ophelia style) right before his father’s scheduled visit as he could not live up to expectations.

Before you can get your head around the Freudian psychology, Judith attacks her father with feminist accusations that England wouldn’t hear again until the Suffragette movement. 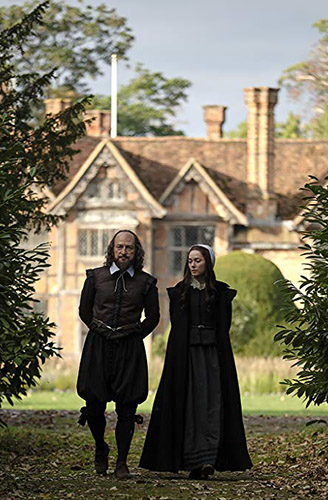 Kenneth Branagh and Lydia Wilson in All Is True

Elton and Branagh have an interest (as does the entire academic world) in redeeming William, and they do so in several ways. We are reminded that he is not pretentious, and only purchased the coat of arms above his door to redress the disgrace which his own father brought to the family name.

Nor was he completely misogynistic. In a rather funny, but shamelessly expository scene, an admirer comes to see William working in his garden (box ticked for Shakespeare’s frequent use of flowers and herbs in his poetry and plays). William pre-empts the lad, telling him that no, he does not have a favourite play and yes, he supports women playing female roles on stage. In addition, when Judith decides to go out and get married to please her father with grandsons (she had three boys – all of whom died young), William defends her compromised reputation by sending the accuser packing.

That said, the great writer never bothered to teach his wife or youngest daughter how to write.

The best way to redeem the man, however, is through his work, and to sort that out we have numerous references to his greatness, and two visits. First there is the visit of the Earl of Southampton (Ian McKellen, some 25 years older than the Earl at the time). The Earl is passing through town to tell William what a genius he is, but rebuffing William’s teary-eyed outpouring of manly love. And who can blame him, with the bulbous bags under William’s eyes, that nose and the odd, greasy hair-do?

Anne has no time for Southampton, as she knows that William dedicated The Rape of Lucrece to this wealthy man with a declaration of eternal love that resembles a marriage vow. In the film, William recites Sonnet 29 to the Earl for old time’s sake (students learn that it is thought to have been written to a man or a ‘dark lady’). A better choice, when the conversation turns to Shakespeare’s legacy and their names living on through poetry, would have been Sonnet 18, but no matter. Just to hear Branagh and Mckellan recite the exquisite Sonnet 29 is a treat. Nothing in Ben Jonson’s visit at the end of the film can beat it. Not even when Jonson, the newly appointed Poet Laureate who once satirised Shakespeare, declares him to be the greatest writer ever with a ‘damn you, William’.