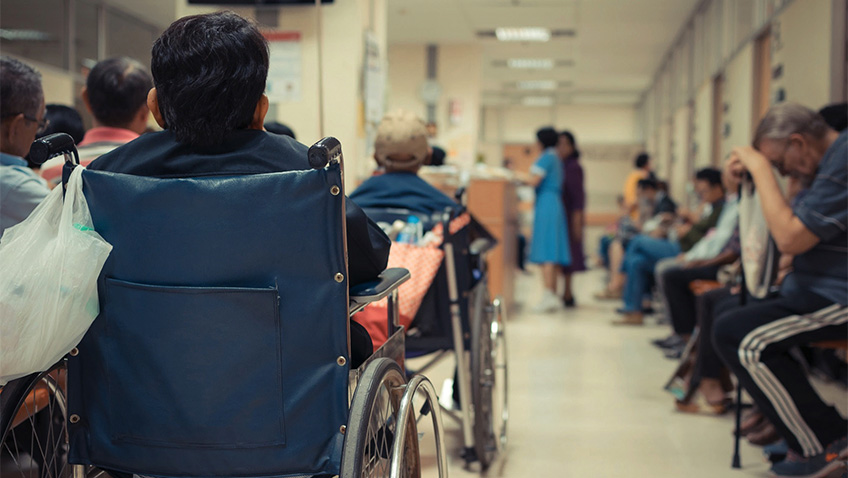 Struggles in the NHS still continue

The performance statistics released by the NHS over recent months make dire reading, not just for the profession but also for those who are reliant on its services in their time of need.

Quite simply the NHS is at breaking point after years and years of under investment, under investment that is now coming home to roost. And that is not to blame or lambast the doctors, nurses and all the other staff who do a fantastic job under very, very difficult circumstances.

Performance figures recently released on A&E waiting times, shows that patients are having to wait longer and longer just to be seen, never mind treated, in fact recent figures are amongst some of the worst in the NHS history.

In fact December’s figures were so bad that it was the lowest performance ever recorded since the collection of data began. A further damning statistic is the fact that the last time that the acceptable NHS performance figures of 95% treatment within four hours of admission was met was way back in July 2015.

Meanwhile, in Wales, figures released reveal that admissions at A & E departments across the country were the highest of any December for which records have been held. They further show that only 72.1% of all patients were seen within the designated four hour target, the lowest figure ever recorded. The decline on November figures, at 2.3%, was even greater than in England. Meanwhile, the comparable performance figures for December 2018 were 77.8% mirroring the experience of A&E Departments in England.

The figures for Scotland, which at the time of writing are only available up until the end of November, show that just 85.5% of patients were seen within the four hour target, again well short of the 95% standard demanded.

Apparently the delays don’t just extend to patients once they are in A&E Departments. In fact figures show that ambulances are having to queue before they can discharge patients in the first place with figures showing that one in six crews had to queue outside A&E units for more than 30 minutes to handover patients to hospital staff – the target wait time is no more than 15 minutes.

Add to this the fact that in many areas, waiting times for both urgent and non-urgent procedures are also under pressure with stories of patients waiting months for operations, regular cancellations being seen because of lack of capacity and the lack of availability of beds all adding to the ongoing crisis. Then there are the awful pictures of patients having to wait on trolleys in hospital corridors for hours on end until beds become available and you could be forgiven for thinking that we are living in some third world country.

The pressure currently being seen only makes it more and more pressing that prime minister, Boris Johnson, starts to deliver on his promise made in the Queens Speech to inject an additional £34bn a year into the health service to improve its facilities and to increase its performance levels. He also needs to urgently address the problems facing social care and the funding thereof, as many hospital beds are being “blocked”, through no fault of their own, by elderly patients who should rightly be being cared for in places other than hospital.

But that isn’t going to help the NHS now and its overworked staff, many of whom are quite simply at breaking point. The fact that it has got to this state shows the years and years of under investment that the NHS has seen under both Conservative and Labour governments. And with our population continuing to rise, as well as age, the pressures are only going to get worse in the immediate future before they start to get better.

Put quite simply, the NHS does not have enough staff, or enough equipment, to meet the needs of the population it is supposed to look after and protect. 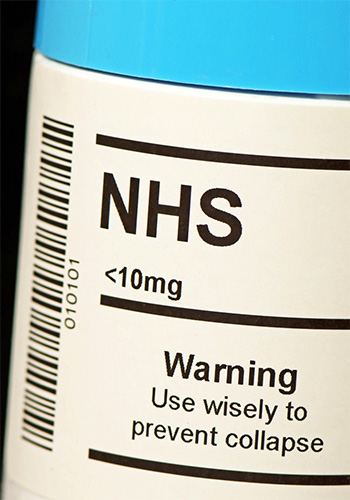 The question is, is the additional funding that has been announced enough to solve the problem? Well, quite simply it’s hard to see that being the case, especially from the anecdotal evidence that you hear when speaking to people that are on the front line.

In fact it appears that there is only one solution, at least in the short term, and that is for us to live with and accept the current failings as we see them and just hope that improvements start to come on stream and make a difference sooner rather than later – one thing is for sure – and that is if we are in this current situation this time next year, and little or no improvement has been seen, then Boris and his government will have a lot of difficult questions that will need to be answered – let’s hope for all our sakes that that is not the case!

In the meantime, we should, as always applaud those key workers who keep the service going and who provide the care that the population needs to the best of their ability in extremely trying circumstances