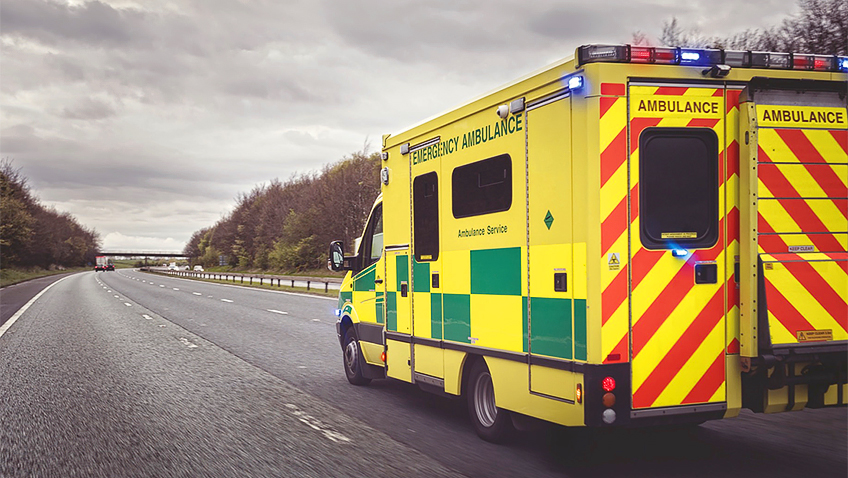 “An ambulance is not a taxi” to A&E

A review into the operational productivity of the 10 English ambulance trusts has found that offering safe and quicker care could save the NHS £300m a year by 2021, with a further £200m of savings through improvements in ambulance trusts’ infrastructure and staff productivity.

Lord Carter, who carried out the review for NHS regulator, NHS Improvement, found that if more patients were treated at the scene by paramedics or were better assessed over the phone when dialling 999, therefore avoiding the need for an ambulance when it is safe to do so, the NHS could treat patients closer to home and reduce unnecessary pressure on A&E departments and hospital beds.

If the problems within the service are not addressed, ambulances will continue to struggle to hit their targets, the report said. According to the BBC, in July of this year, eight out of 10 services missed their seven-minute target for answering the most life-threatening emergencies.

According to Lord Carter’s report, last year trusts answered 10 million 999 calls and responded to over seven million separate incidents. Of these, nine out of 10 were for non-life-threatening cases and were lower acuity calls, often involving elderly patients. For an elderly patient, the average length of stay in hospital for a non-elective admission is 13 days, something Lord Carter said needed a “focussed approach”.

The review identified that for many patients, and particularly elderly patients who have an agreed care plan, being taken to hospital in an ambulance is not always in the patients’ best interests and may at times even be expressly against their wishes. The report argues that while ambulance trusts, “must play their role, action is required to ensure that alternative health services are in place and responsive to patients’ needs.”

The review also uncovered a number of alarming findings, including that: the ambulance service has the highest rate of sickness in the NHS – 20 days per person; technology that could dramatically improve the service is not being effectively utilised; the ambulance service has the highest levels of bullying and harassment in the NHS; “ageing” ambulances mean that maintenance costs are rising and reliability of vehicles and equipment is falling and the vast number of different types of ambulances in use can lead to inconsistency and inefficiency.

Lord Carter said: ‘Too many patients are being unnecessarily taken to ED (emergency departments) by ambulances, putting further pressure on hospital services that are already on the back foot.

‘Not only is this financially costly, but it takes up staff’s time and means patients are having to spend time waiting in ED when they should be recovering at home.

‘An ambulance is not a taxi to ED. Modern technology means that patients can often be treated at the scene. But an ageing ambulance fleet means that this is not always possible.

‘Paramedics and other staff have worked incredibly hard as demand for ambulances has soared. It is now vital that improvements are made in the infrastructure of the wider NHS to help frontline staff work as efficiently as possible.’

Martin Flaherty OBE, Managing Director of the Association of Ambulance Chief Executives, said: ‘We welcome Lord Carter’s report, which emphasises the adoption of new technology and innovation within the ambulance service as a key driver for reducing conveyance rates to hospitals. Whilst we accept there are variabilities in the numbers of patients conveyed to EDs in each region, this is often driven by local geography, patient demographics and the availability of clinically appropriate referral pathways.’

While it has been reported that earlier this year £36.3m of government funding was provided to pay for 256 new ambulances, it is clear that there is still much to be done to modernise the ambulance service and help paramedics and other staff work as efficiently as possible.