Home / LIFESTYLE / REVIEWS > / FILM REVIEWS / Maybe the most important, and alarming, film of the year 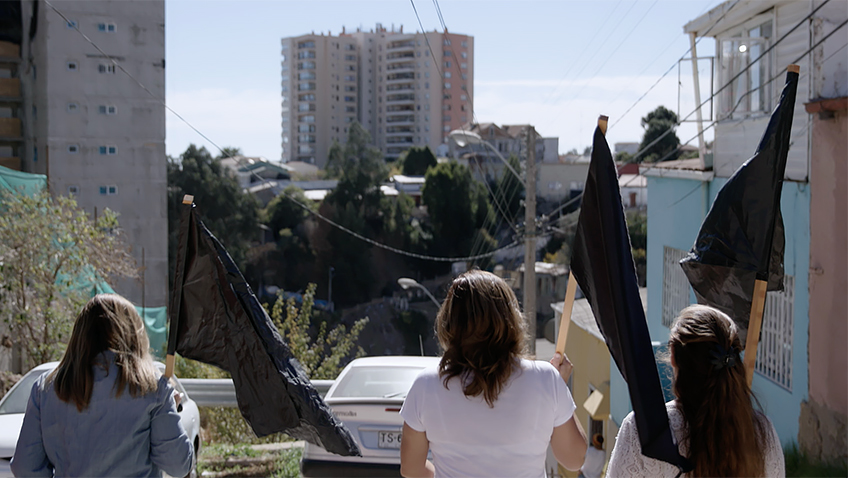 Maybe the most important, and alarming, film of the year

In 64-year-old, Swedish writer-director Fredrik Gertten’s 2009 documentary, Bananas!, a Cuban-American attorney takes on a class action case against Dole Foods, accusing the multinational of poisoning banana plantation workers in Nicaragua with a toxic pesticide. That challenge seemed insurmountable, but it was nothing compared to what Leilani Farha, the petite, powerhouse lawyer behind Canada Without Poverty, is up against, when, as the United Nations’ special rapporteur on adequate housing, she takes on the dark side of capitalism. In Push, Gertten travels the world with the mother of two as she collects evidence for a report to the UN and attempts to form a global alliance to combat the slow death of human cities.

Economist Joseph Stiglitz cites the 2008 financial crisis for contributing to “wealth inequality”, but is anyone looking ahead to what cities will look like when only the rich can afford to live in them? The displacement of low-income earners and even the middle classes from cities is, Farha will conclude, a global crisis.

Elephant Park in London has replaced the Heygate Estate, home to 3,000 residents before being demolished in 2014 in a programme of “urban regeneration.” Elephant Park is out of reach of those forced out of Heygate. A survivor of Grenfell Tower and a London activist whose slum landlord has evicted him over a Rent Strike poster, condemn the lack of affordable housing. Last year’s documentary The Street about gentrification in Hoxton points to the scourge of gentrification, but for Dutch American author, theorist and professor of Sociology at Columbia University, and at the London School of Economics, Saskia Sassen, gentrification “is an older history.” The problem is much deeper.

At home in Toronto, Farha is on the computer noting that while wages have risen 13% over the past 40 years, home prices have risen 420%. We are taken on a tour of London where an entire square of 20 million-pound properties lies vacant. The properties are “investments.” The gap between the rich and everyone else is at the heart of this modern-day dilemma that governments, including our own, only pay lip service to as they seek out foreign investment at all costs.

Throughout the film, we hear about the nature of these investments and one of the biggest investor classes is the pension fund. In one ironic scene, a man struggling to survive on his pension is told that his pension fund might have invested in his building, and we are urged to enquire about our own pensions’ investments.

Farha, a human rights lawyer, has to remind people, even her colleagues at the UN, that the State has a responsibility to uphold the human rights of its citizens and adequate housing is a Human Right. But that is not enough to impress the head of the private equity firm Blackstone.

Jonathan Gray is the head of Real Estate at Blackstone and Farha is excited to have been granted an interview in Manhattan. She believes that a face-to-face discussion about the human factor in social housing might enable them to find a solution. But Blackstone cancels the appointment on the day, with Gray sending Farha a message: “I hope you have a productive time in New York.” Farha notes there is nothing about rescheduling.

Blackstone entered the Swedish market in 2014 and 4 years later is the largest private owner of low-income housing in the country. Their strategy is “to acquire well-located residential properties in growth cities and to hold and manage them on a long-term basis on behalf of our investors.” Farha notes that nowhere in any of this are the occupants of the properties even mentioned, let alone considered.

It is the author Roberto Saviano, who has lived in hiding since writing the book Gomorrah: Italy’s Other Mafia (made into an award-winning film by Matteo Gorrone), who provides the bottom line about the identity of the investors. The empty property syndrome, the slum landlord syndrome, gentrification and the lack of affordable housing are all down to members of the mafia requiring a place to offload their significant illicit gains. Banks are seldom an option. Offshore companies are a phenomenon that makes it possible to launder this money by mixing legitimate capital with drug and vice money in complex webs that are impossible to untangle.

This is one reason why it is so difficult for governments to take necessary action, even if they felt it was in their jurisdiction and in their interest to do so. Another reason dates back to the economic theories of Milton Friedman, advisor to Ronald Reagan and Margaret Thatcher, who extolled the virtues of a free market economic system with minimal intervention.

Contributing to the death of communities are commercial, as well as residential, properties. Chains such as McDonalds are essentially real estate companies, with profits from what they sell accounting for a fraction of the company’s worth. They dominate the High Street, but profits are taken out of the community, leaving low-paid salaried workers and tons of takeaway containers behind. It is hypocrisy for central government to throw a few million pounds at Councils to save our High Streets while allowing landlords to raise rents to a level that only multinational franchises can afford.

In Barcelona, buoyed by the commitment of its mayor and discussions with Julie, Farha’s new co-worker, Farha envisions a new worldwide movement called Shift devoted to helping cities reclaim their real estate.

The 400 seat-room Council Chamber at the UN, covered in imposing brown and gold 1930s murals by the Catalan artist Josep Maria Sert, makes a perfect setting for Farha’s report. The murals honour the 16th century Spanish jurist Francisco de Vitoria from Salamanca University, and evoke the end of scourges, war, slavery and epidemics, at the centre of which are imposing giants united in peace. Will the equally destructive force of dead cities one day be the subject of a mural? While politicians from Barcelona, Berlin and Stockholm enthusiastically cite new initiatives, other delegates are looking at their mobile phones or staring into space. Where do you start when you cannot even have a meeting with Jonathan Gray?