Home / LIFESTYLE / REVIEWS > / FILM REVIEWS / While you want to root for Elizabeth Banks, her Charlie’s Angels is fundamentally flawed 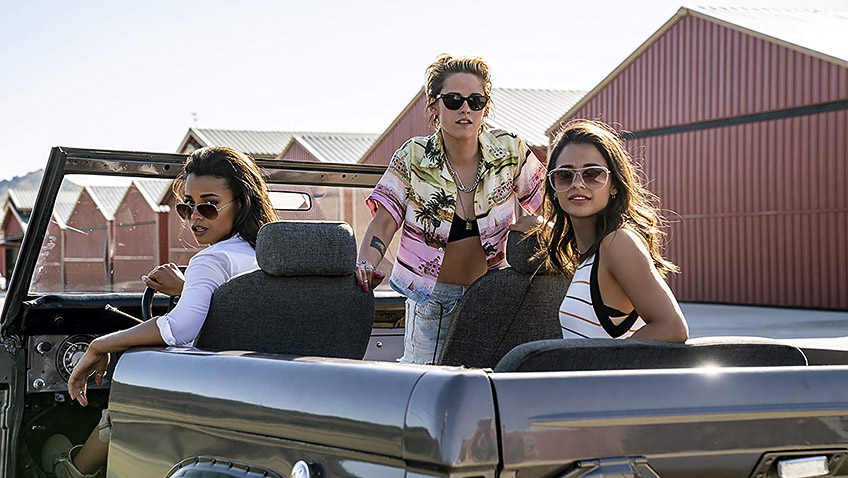 While you want to root for Elizabeth Banks, her Charlie’s Angels is fundamentally flawed

You have to admire Elizabeth Banks and you want to root for her. The beautiful and talented actress (Effie Trinket in The Hunger Games) has brains (Alma Mater: The University of Pennsylvania), and a well-adjusted life, having two children with her husband, and University sweetheart who she met in 1992. But the reason to mention her at all this week is that she has become an entrepreneur, helping to redress the Hollywood gender imbalance. After producing and co-starring in Pitch Perfect, Banks directed Pitch Perfect 2, whose opening gross of $69.2m set a record for a first-time director. But with the idea of writing, directing and starring in the movie version of the 1970’s TV series, Charlie’s Angels she’s landed in a fine kettle of fish. 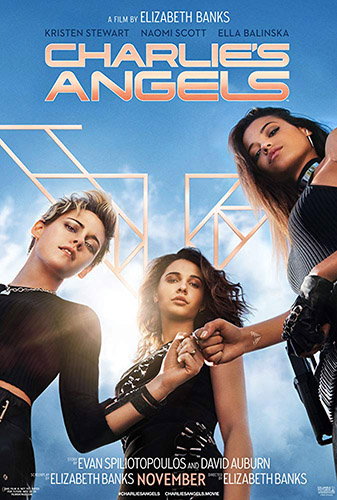 As everyone might know, the feature refers to the US TV series that ran from 1976 to 1981, and first starred the hottest head of hair around, Farrah Fawcett Majors, with sexy sidekicks Kate Jackson and Jaclyn Smith (the only Angel to remain for the entire run). Producer Aaron Spelling could read the pulse of the nation in the 70s and 80s and watched detective series from Mission: Impossible, Dragnet, Hawaii Five-O, Starsky & Hutch, The Rockford Files and The Man from U.N.C.L.E. with interest. Although The Woman from U.N.C.L.E. (1966-1967) did not last long, the time was ripe, and “the woman”, Stephanie Powers, was transferred to Hart to Hart, alongside, but equal to, her crime fighting husband.

Charlie’s Angels was always more about pretty young women in sexy clothes than intricate plotting, but despite the bad reviews, the show was a big hit. And that was because, unlike all the male buddy movies before it, here were three women working as a team and combating crime like men – but with a feminine advantage.

Banks’ Charlie’s Angels reminds us of this in the opening scene when undercover agent Sabina Wilson (Kristen Stewart, Personal Shopper, The Twilight Saga), heavily made up and exposed in an impossibly short glittery dress, explains to a suspect (Chris Pang) that men underestimate women like her. She then demonstrates a novel approach to seducing the man in front of his gobsmacked bodyguards.

For the remainder of the action, however, the angels do not use their femininity as a tactical advantage. Sabina and Jane Kano (Ella Balinska, a six-foot tall model), along with Rebekah “Bosley” (the name given to all of Charlie’s highly ranked assistants), played by Banks herself, do stunts, hand to hand combat with men and handle weapons like Mossad operatives. And, particularly when they are joined by Elena Houghlin (singer/actress Naomi Scott, best known for Disney’s Aladdin), a whistle-blower they are dispatched to protect, they are techno whizzes as well. 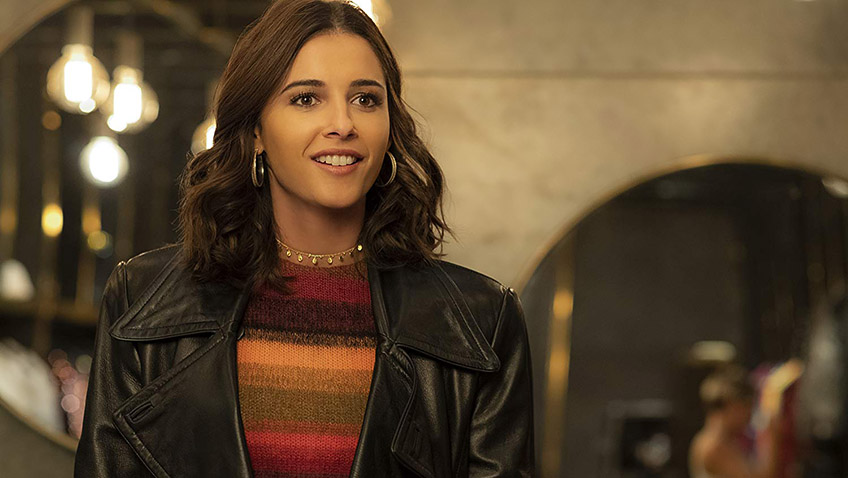 But Banks may have set herself up for defeat before writing a word of a lacklustre script that does its Mission: Impossible tour of exotic locations, beginning in Rio de Janeiro.

The reason that the original Charlie’s Angels was a TV hit was because the public had never seen three hot crime fighting women with brains and brawn together before. Fortunately, in the last ten years in particular the tables have turned to such an extent that the concept is old hat to the point of retro. But it is not retro enough and its characters not of sufficient interest (like Columbo) to be worth reviving.

While this fundamental misjudgement is a major handicap, Banks could have salvaged the film with a great plot and some killer lines, but nothing doing. 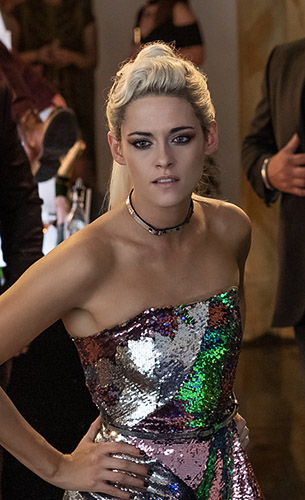 Elena Houghlin is a brilliant programmer employed by tech entrepreneur Alexander Brock (Sam Claflin), who is not exactly a candidate for employer of the year. She realises that there is a potentially dangerous flaw in Calisto, a vague “energy conservation” (note the buzz word) device that is going to make Brock rich. There is a real danger that the device will cause fatal seizures in anyone around it. Elena knows a way to correct the flaw. When she naively assumes that her superior (Nat Faxon), cares, and even more mistakenly believes she should go to the top when he demonstrates he does not, Elena is in danger and in need of saving.

Naturally, during the course of the adventure to save the world from Calisto, Sabina and Elena get the impression someone is working from the inside to undermine their efforts. Suspicion falls on Rebekah, thanks to much-loved Bosley (Patrick Stewart, playing the role originally played by Bill Murray in the TV series), who, though retiring from the organisation, takes a personal interest in this case.

What is refreshing, however, is that Elena is not the damsel in distress for long. Her technology skills come in handy and throughout the action, Elena gains in confidence from her intrepid bodyguards. She ends up doing a bit of hair-raising sleuthing and hand-to-hand combat herself.

But there, too, Banks misses the opportunity for an origins scene one that was briefly dispensed with in the prologue to the first TV episode. For the three original Angels were rare female graduates of the Police Academy who, though qualified to be detectives, were relegated to positions as glorified meter maids. Discouraged, they joined the private sector, using their police academy training and quickly learning more – as do their male counterparts – from on-the-job experience. While London has a female Chief of Police, there is still sufficient gender inequality in government institutions to warrant an origins scene.