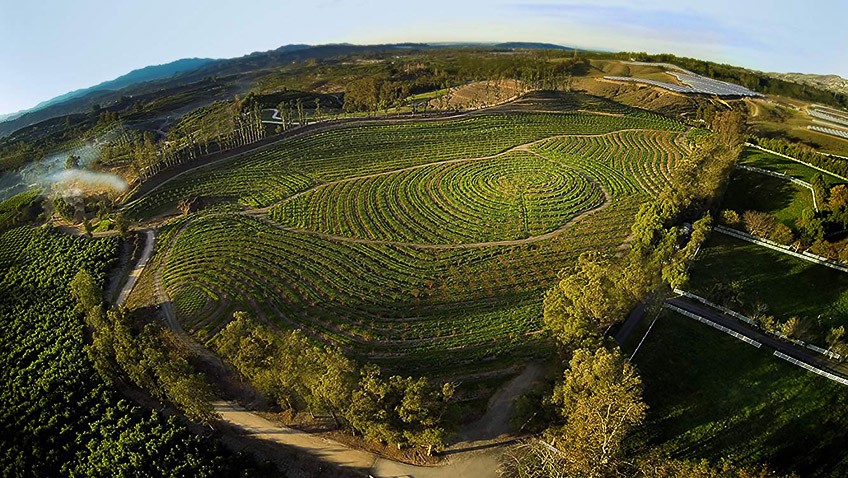 John and Molly Chester are not the people you want to hang out with if your cactus plant dies or your monthly vegetable intake is the Vegan Giardiniera from Pizza Express. You might want to send your children to live with them for a few months, but spending time with these industrious, zero-carbon-footprint, near-perfect overachievers will leave you feeling like a loser. And the worst part is, the event that triggered what was to become, eight years on, an eco-farm empire (farm tours, a film, a book, a cookbook, film rights, etc) is not ambition, but charity and kindness. Their wonderful, feel-good story begins with an adorable rescue dog named Todd, with his doubting, guarded, bright blue eyes against a carpet of silky, jet black fur.

Molly is a private chef and healthy eating blogger in 2010, working out of a tiny Santa Monica apartment which she shares with her new husband John, a documentary nature cameraman. Molly’s wish is to be able to grow everything she cooks, and John feels badly when he hears her enthuse so infectiously over a tomato plant on their little balcony. They make a pact with Todd that they will not abandon him, and when his barking brings them an eviction notice, they are put to the test. The dog stays: they go. Through friends of friends, they find investors and go shopping not for a house with garden, but for a farm.

It seems hard to believe that they could afford 200 acres just an hour north of Los Angeles, but the hardest part was finding investors who believe in the traditional Walt Disney type biodiverse farming where sheep, goats, cows, bees, vegetables, fruits, orchids and flowers co-exist. As they drove through the derelict Apricot Lane Farm, they find the ruins of a beehive, dead soil, and only a few lemon and avocados growing. Surrounding Apricot Lane farm are the ruins of a massive monocrop egg farm and a still going monocrop greenhouse raspberry farm.

Ask any stockbroker from California to New York about the key to wise investment, and they will tell you to diversify your portfolio. Yet the Chesters find themselves alone in adopting this strategy and have no guidance. We see Molly googling ‘traditional farming experts’ and the name Alan York coming up.

Alan becomes their Guru and while Molly is taken with him, John is more sceptical. What Alan is envisioning seems too good to be true, and so far from what they have it is impossible to imagine. The first thing Alan does is introduce them to the enemy: devil weed. The next is to start to rejuvenate the dead soil with irrigation. They then acquire the animals who will supply the manure to enrich the dead soil.

This riveting film, which John, half-heartedly at first, shot while farming, is no more or less than the evolution of a biodiverse farm whose delicate eco-system is a microcosm of the planet itself. 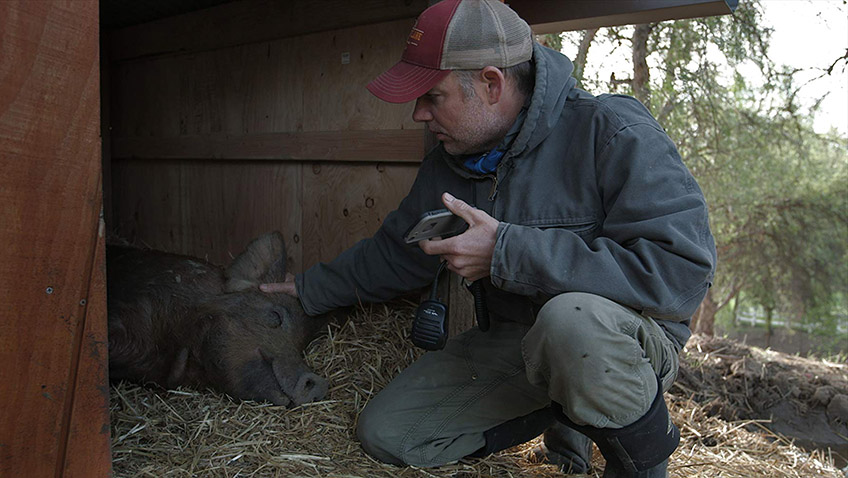 are the little anecdotes and animal stories that sound like they are taken out of Disney cartoons or Pixar animated films. The chicken-killing coyotes are an evil to eradicate, and John does shoot one who has killed dozens of his chickens from their financially lucrative egg department. Then John realises that when you eliminate one animal, other predators emerge unchecked and cause damage elsewhere. When Emma the pig lies at death’s door after giving birth to an enormous litter, young children will be crying, but not for long. Emma not only pulls through but forms an attachment to an outcast rooster named Greasy, because of the condition of his feathers.

Realising he and Molly can not do the work alone, they engage ‘interns’, but we never learn whether they are paid. It is, however, a unique opportunity to learn how to farm in the traditional way, and, if they want, to learn about filmmaking, with some assistants operating the camera when John cannot. John still has to join Molly in being at the birth of cows and sheep, confronting bad natured donkeys, taking charge of the harvest, selling the produce and dealing with the relentless events on the farm, with ever new challenges.

Alan York, passes away too soon, in February 2014, advising John and Molly right up until the end of his long battle with cancer, but unable to see his vision reach full fruition. At the end of the film, we see John leading a group of tourists around and proudly showing them the beautiful view of acres of green and flowering nature from a promontory named after Alan York.

And then Molly and John have a new birth of their own, a little boy who grows up in a true paradise where Todd, who dies during the film, has been so happy. It is a cycle of birth and death that experienced farmers deal with on a daily basis.

John Chester realises, of course, that few of us can emulate his achievement or live in his ideal world. But what we can take away from the film is a respect for the eco-system and a realisation that our impact on nature has foreseen and unforeseen consequences that affect our health, our lives and our planet. Even if we do not hunt, when a tree is chopped down, a garden concreted over other, and when the population expands by another billion, the delicate balance of nature is affected. Many scientists believe we have now reached the tipping point where the demand on the earth’s resources outstrips the supply.