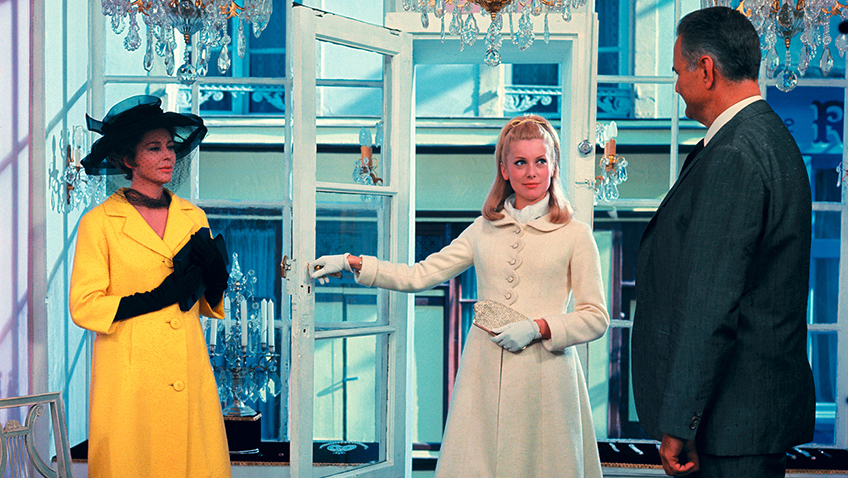 This incredibly varied array of musicals is far from light-hearted, escapist fare

The BFI Musicals! season that is taking place at the BFI Southbank and in selected cinemas across the country is at the half-way mark, with extended runs of Singin’ in the Rain

(1975). You cannot imagine a more diverse trio of films, and that is just the point of this season, which showcases stars as different as Gene Kelly, Barbra Streisand, Judy Garland and Doris Day, and directors as different as Ol Parker (Mamma Mia! Here We Go Again), Damien Chazelle (La La Land); and Vincente Minnelli (Brigadoon), as well as the composers and choreographers who turned films with music into the genre known as the Musical.

(about a French shop owner’s daughter in coastal France in the 1950s) share the same composer (Michel Legrand). Films as different as The Pajama Game

, was the only person in history to win an Academy Award, Emmy and Tony Award in the same year (1973).

Even if you do not partake in the programme of guest appearances, interviews and seminars, after dipping into the cornucopia of musicals scheduled, it will become clear that musicals are a lot more than light entertainment and escapism. The spectre of homelessness, natural disasters and the fragility of life haunt The Wizard of Oz

. But it is child abuse that haunts The Wizard of Oz

teaches us something about the animal kingdom that is facing extinction. 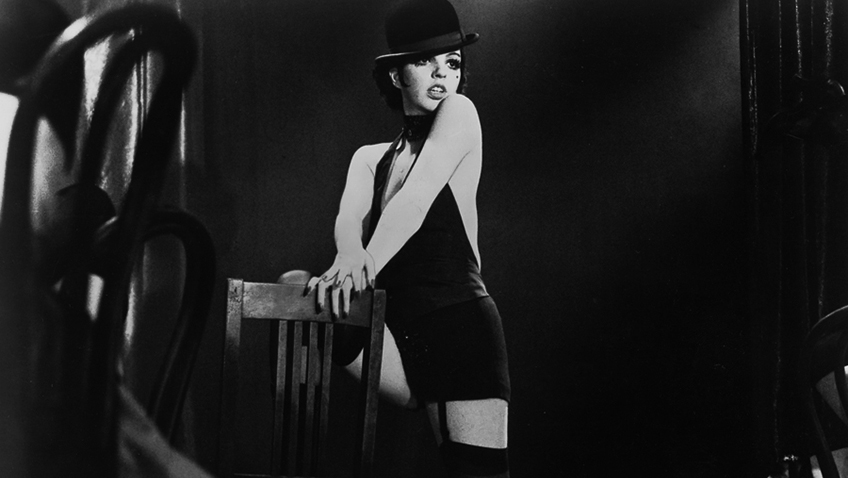 , is a familiar story told in a novel format, in that all the dialogue is sung. The film that launched the career of Catherine Deneuve tells the story that will resonant with many women – and men – around the world and of all ages. War separates lovers; children grow up never knowing their real fathers; and the passion of first love is replaced by the acceptance of another kind of love, one that must relieve a yearning pain.

The iconic classic Singin’ in the Rain

is about that moment in cinema history when studios are making the transition from silent to sound in the late 1920s. While audiences craved hearing music, and especially dialogue, the transition saw many stars eclipsed, while the freedom of location that silent films offered was sacrificed to interior studio shoots so that the sound could be recorded and limited movement to take account of the limited microphone range.

for the first time, while older audiences who saw Ken Russell’s 1975 rock musical fantasy when it was released might be curious to see it again. Just what this movie is about is a matter of conjecture, but the madcap plot is an excuse for Russell (The Music Lovers) to celebrate The Who’s ground-breaking concept album which turned fifty this year.

opened to rave reviews, will the film pass the test of time? You might think that never in the history of cinema has so much energy, imagination and acting (and singing) talent resulted in such a tedious, loud bore, with Russell’s self-indulgence as the culprit. Whatever your view, Who frontman Roger Daltry is far from the only superstar in the film. He is joined by an incredible Anglo-American cast featuring Tina Turner, Elton John, Ann-Margret, Eric Clapton, Keith Moon and Oliver Reed and Jack Nicholson. 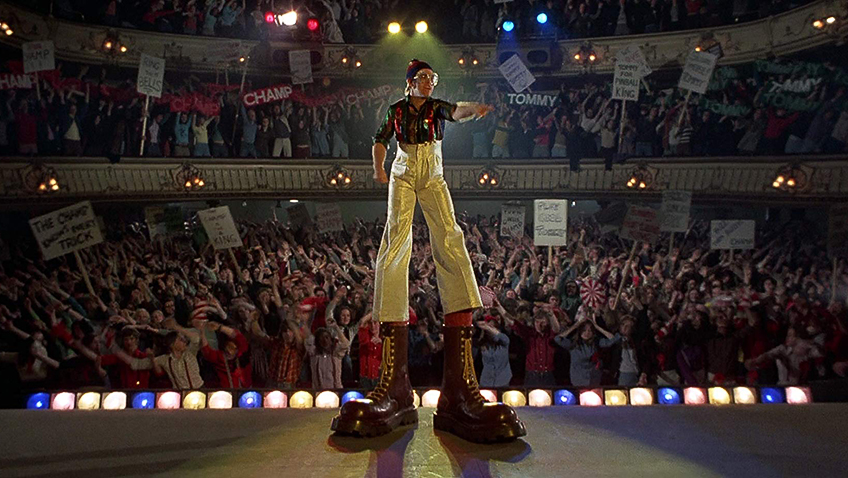 In 1945, after a romantic honeymoon young Tommy’s father Captain Walker (Robert Powell) goes off to war as a bomber pilot. While Walker is listed as missing in action and presumed dead, wife Nora (Ann Margret won a Gold Globe and an Oscar nomination) gives birth to a son on V-E Day.

Five years later, while on holiday at the seashore (most of the film was shot in Portsmouth and Southsea) Nora meets Frank (Reed) who has a dream of opening his own holiday camp. Just after sharing their dreams of a future together (1951/What bout the Boy?), a badly burnt Captain Walker surprises Nora and Frank in bed, leading to a struggle in which Walker is killed. Tommy, who witnesses the incident, is traumatised and appears to have been struck deaf, dumb and blind.

Cut to grown up Tommy as Roger Daltrey, still severely disabled. A series of attempts to cure him (Jack Nicholson is the Specialist doctor) result in songs from Eyesight to the Blind and Acid Queen. Tommy is left with babysitters from hell (Cousin Kevin and Fiddle About) and gradually, when nothing works, Nora and Frank give up on Tommy, leaving him fixated by a mirror – which we see a lot of – and free to wander about one night.

Tommy ends up in a junkyard where he somehow finds a pinball machine and becomes an ace player. Frank becomes a proud stepfather, exploiting Tommy’s talent (Extra, Extra, Extra). But fame, unimaged wealth and Tommy’s religious cult following, have a disastrous effect on the entire family (We’re Not Going to Take it).

The imagery, the human story and acting talent are overpowered by the relentless, high powered electronic music, the overly long and mostly cryptic set-pieces, and the ridiculous, surreal plot that fails to engage the audience. But it is fascinating how, though so different, in casting, visual style, setting, music and tone, the plots of The Umbrellas of Cherbourg

have at their heart the trauma of WWII, the separation of couples, and the impact on the children years later.