Home / LIFESTYLE / REVIEWS > / FILM REVIEWS / From the makers of Untouchable: A 60-something wedding planner’s last hurrah 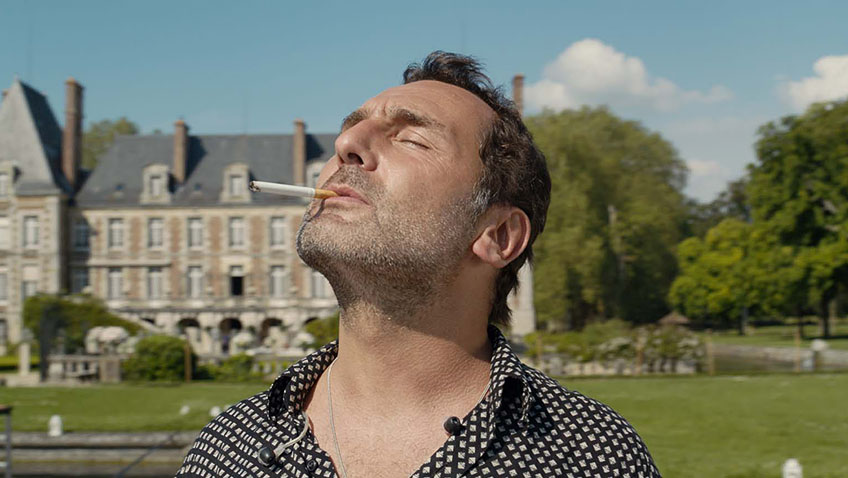 From the makers of Untouchable: A 60-something wedding planner’s last hurrah

The writer/director duo behind the popular French hit Untouchable, Olivier Nakache and Éric Toledano, are aiming for another crowd-pleaser with C’est la vie!, a zany, perky, inoffensive comedy about a resourceful wedding planner who is ready to retire. It’s a shame about the meaningless “English” title as the French title, Le Sens de la Fête or The Party Spirit, is more indicative of le sens of the film. While America leads the way in wedding comedies with young stars in the lead roles, leave it to the French to make a 67-year-old unhappily married balding, exasperated entrepreneur with bad teeth the lead role. C’est la vie! is no award winner, but it is wholesome, lively entertainment and so typically French you can close your eyes and pretend you are there. 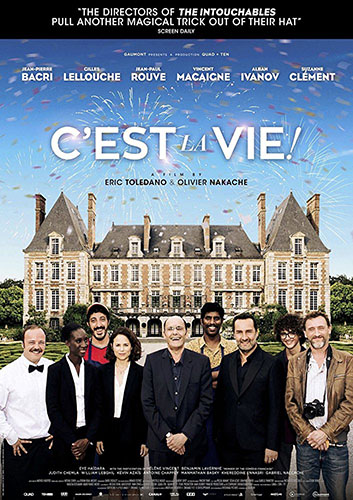 Max, in his late sixties, (Jean-Pierre Bacri, Smoking/No Smoking co-writer; Family Resemblances, lead actor/co-writer, Same Old Song, co-writer, lead actor) owns a wedding planning business, but is waiting to hear from a potential buyer so that he can retire. When we first meet him, he is finally losing patience with a young couple whose wish list far exceeds their increasingly small budget. More his style is the intricate, grand wedding of wealthy, control freak and egomaniac Pierre (Benjamin Lavernhe) and his easy-going, adoring bride Helena (Judith Chemla). Some 100 plus guests are due to arrive at an elegant 17th Century Chateau at 7PM for a long night of eating, dancing and festivities.

The hands-on groom, Pierre, has planned everything, including a three-course dinner with music and an hour-long speech that sends everyone to sleep. Ironically, it helps out Max when he discovers the meat in the main course is “off”, due to a useless waiter tampering with the electrical unit. Show-off that he is, Pierre has also planned to descend from the heavens, twirling like an acrobat-angel in a white balloon to kiss his bride on the ground. Then the sky will light up with fireworks.

But of course, the best laid plans of Pierre and more mortal men depend on Max’s team and right from the outset, we see that it is not only Pierre’s ego that will present a problem. Max’s designated deputy Adèle (Eye Haidara) is frustrated that Max is not giving her more responsibility. Max points out, with good cause, that her management skills leave a lot to be desired. She is hot-tempered, competitive, uncompromising and pig-headed, and has just sent home a waiter whom they need. Her animosity toward James (Gilles Lellouche), the band leader and an old crooner in fake Italian, appears to be reciprocated. Max chastises Adèle for picking fights with everyone, and tells her that James is a substitute, so “what do we do? We adapt. Right?” 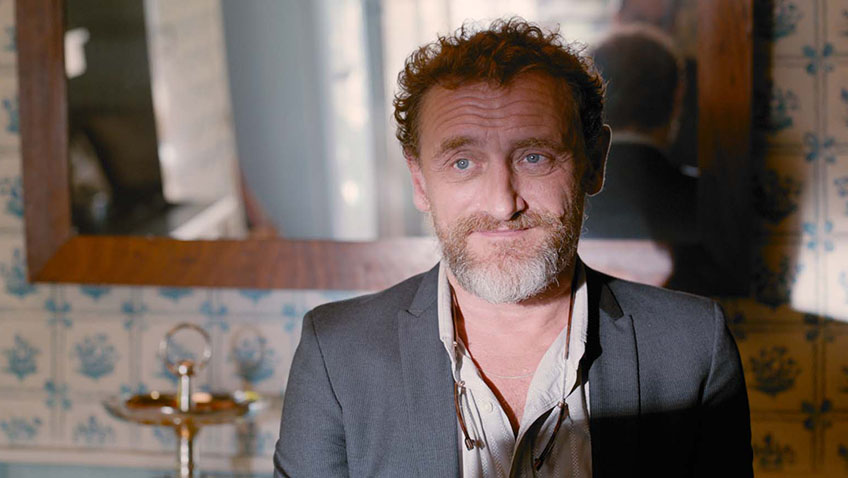 To supplement the number of servers, Max allows his unemployed brother-in-law Julien (Vincent Macaigne) to come along. Julien’s penchant for correcting everyone’s grammar is not matched by his ability to follow instructions or use common sense. When he recognises the bride as a former colleague for whom he still holds romantic feelings, his clumsy advances are not reciprocated.

That breach of protocol is nothing compared with the discovery that the main course has “gone off”, putting the band out of commission and risking  doing the same to the guests. With the fuses blown, by the fireworks cock-up any musical substitute must not need plugging in. Just when things couldn’t get worse, a man with a brief case, assumed to be from immigration control is spotted and Max takes swift, decisive pre-emptive action. He tells his illegal foreign workers to dress up as well as possible and mingle with the guests. Equally precarious, photographer Guy, who is intolerant of guests taking photos with their smart phones and in denial about the future of his profession, discovers a dating App that hooks him up with the mother of the bride. 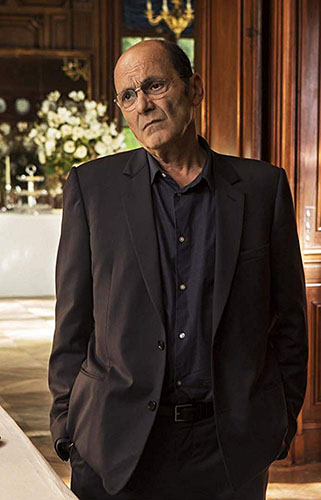 Particularly during the first twenty-minutes, C’est la vie! might feel like a headache-inducing, episodic farce in which no one stops talking or stays still for one minute. And the occasional chuckles never spill over into real laughter. But slowly, over the course of the microcosmic night, the ability to adapt becomes the overriding arc that applies to the development of most of the key characters.

Everyone needs to learn to adapt and make decisions, although while Max has had a lifetime, he is still finding it difficult to be honest with his wife and with his lover Josiane (Suzanne Clément). This subplot is perhaps the film’s biggest weakness as the solution is a cop-out and Josiane is, as we have come to expect, much more attractive than Max is and nearly two decades younger.

Despite his hang-ups, Max leads the way in learning to be resourceful and to compromise and delegate. He stands back and observes how, when push comes to shove in the early hours of the chaotic morning, his bungling team do not let him down.