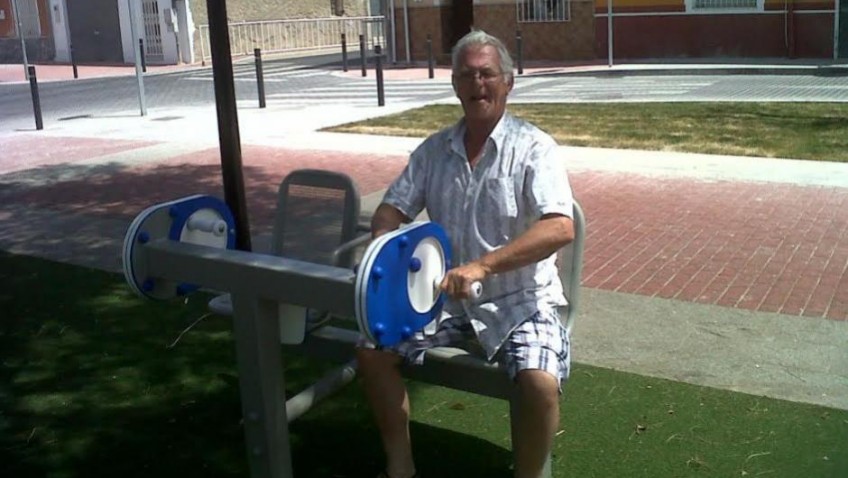 Like most playgrounds, it is filled with smiling faces and laughter.

But these faces have seen more of life than you might expect, and the laughter is a little more mature in tone.

Britain’s first playground for the over-60s opened in February 2008 in Manchester.

Then 5 years ago Westminster Council opened its very first “pensioner’s playground” in Hyde Park, central London named “Hyde Park Senior Playground”. The playground is equipped with exercise machines including a cross trainer and a stationary bike, which according to the Council will provide older residents with gentle exercise.

The proposal for the playground came from local residents group the Knightsbridge Association, which said that despite there being more pensioners than children these days, there were not enough facilities for older people. The project received a grant from Westminster Council under a scheme whereby local residents can choose neighbourhood improvement projects.

Older people’s playgrounds are not a new idea; they have long existed and been popular in Asian countries like China and Japan. In fact in Japan, with its falling birth rate and high life expectancy, you are more likely to find a pensioner exercising with friends in a park than young children playing. Berlin was the first major European city to open an older people’s playground in 2008 shortly followed by Manchester. The Hyde Park Senior Playground is the first of its kind in London, but not the first in the UK.

I have used one in Spain where almost every village has its own recreation area with a fountain to cool the air and equipment for pensioners alongside the children’s apparatus.  Every evening you will see the grandparents exercising in the village square as the day cools down.

The senior playground in Hyde Park is not a gym according to Westminster Council interviewed because it does not require special shoes or clothes. However, the Knightsbridge Association refers to the playground as a “fun outside gym”. Perhaps the Council feared that the word “gym” with its connotations of young Lycra clad fitness fanatics, would put senior citizens off.

Outdoor gyms are nothing new in London, with several boroughs installing exercise equipment in parks, for example Camden. However the Hyde Park Senior Playground is the first one targeted specifically at older people. Existing outdoor gyms are generally not targeted at any particular age group and anecdotally (several ILC-UK staff live near outdoor gyms!) seem to be used by many different ages.

The under 60s will not be banned from using the Senior Playground, which is a relief as the thought of the local authority somehow policing entrance to the playground, would surely put people off! But whilst targeting physical activity initiatives at an older population is a positive development, separating the population may not be the best way forward.

But a more important point is that whilst the (relatively cheap) provision of more and better facilities in our parks is a good thing for encouraging physical activity, authorities should not fall into the trap of thinking the job is done. If there are no local toilets, no drinking water available, if lighting is a problem, if access to the park is not easy, then people, particularly the older population will find it difficult to use the facilities.

If this senior playground does indeed succeed in attracting increasing numbers of older people to stop by and undertake a bit of exercise, perhaps with a friend or two, will the senior playground concept become more widely adopted? Perhaps one day, across the UK we will see our parks taken over by groups of exercising pensioners, like other countries.

A welcome alternative to the traditional gym

Senior playgrounds are outdoor exercise areas equipped with machines specially designed to provide gentle exercise for different parts of the body, such as the hips, legs and torso. The playgrounds offer older people – who may find indoor gyms expensive and intimidating – the chance to exercise in a pleasant, peaceful and lycra-free environment.

‘People need to stay active and maintain their independence,’ said a spokesman from the Knightsbridge Association. ‘As well as the physical and mental benefits, we hope the playground will encourage users to socialise and have fun together.’

Senior playgrounds seem like the perfect solution, although we might have to wait until the economy has recovered before more local authorities can afford such non-essentials.

What do you think? Does your council already have such facilities?  If not would you like your local council to build a ‘senior playground’, or is it just a waste of money?