Home / LIFESTYLE / REVIEWS > / FILM REVIEWS / What do you get when you combine Danny Boyle and Richard Curtis? Yesterday 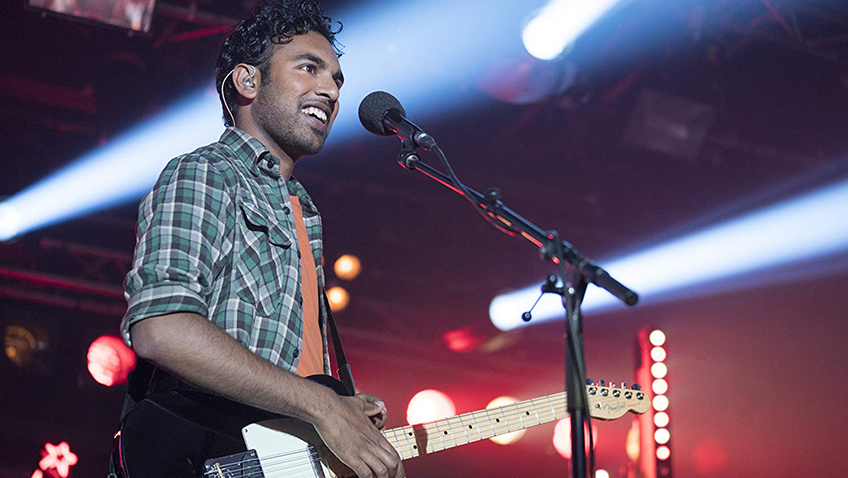 What do you get when you combine Danny Boyle and Richard Curtis? Yesterday

What happens when one of the UK’s top directors, Danny Boyle, (Slumdog Millionaire, 28 Days Later, Trainspotting) and writers, Richard Curtis (Notting Hill, Love Actually, Four Weddings and a Funeral) team up to make a romantic fantasy about the UK’s most famous boy band, The Beatles? What happens is Yesterday

, an entertaining, if self-indulgent, high concept comedy that trails off into romcom hokum.

But first is the impressive feature debut of EastEnders’ actor Himesh Patel playing Jack Malik, a struggling singer/songwriter recently unemployed from his day job. Can he make it in the music business? The odds are against him. He plays gigs in sleepy seaside towns in Suffolk where his audiences consist of a handful of adults and as many children, more interested in their games than in the music.

Jack is about to tell his childhood friend and self-appointed, part-time manager, Ellie (Lily James, Mamma Mia! Here we go Again), that he is calling it quits. Ellie believes in Jack both as a musician and as a potential partner in love. Jack remains unaware of her romantic feelings, or, as it happens in Richard Curtis land, remains out of touch with his own repressed feelings. As Ellie begs him not to give up his dream, he gets out of her car to finish his journey by bike.

Minutes later, during a mysterious global blackout, he is knocked off his bicycle in a freak accident. He awakens from a coma to discover a world with no record – and no records – of The Beatles.

To celebrate Jack’s return to civilisation with a big gap where his front teeth were knocked out, Ellie presents Jack with a gift: a new guitar. It is when he christens the guitar with The Beatles’ song, Yesterday that Jack’s world really changes. Ellie is awestruck. Their friends have different reactions; (‘It’s not Coldplay’ muses one friend), but what is clear is that no one had ever heard the song before. 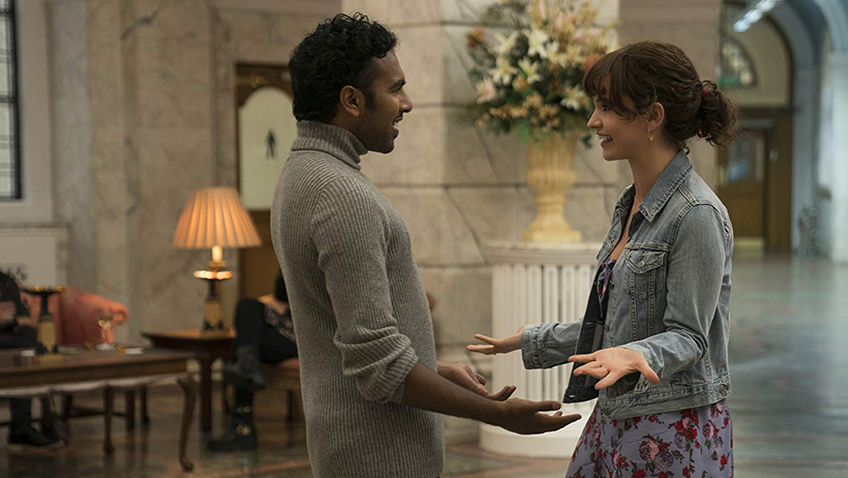 Try as he may, the more Jack insists, the more blanks he draws from his bemused friends. Jack, who has not really grasped the situation, rushes home to Google The Beatles only to find the entomological definition of a beetle.

After playing and singing a few more songs to his family and friends, he begins his performance career anew with The Beatles’ repertory. This time, he meets with a positive reaction. A local studio manager, Gavin (Alexander Arnold) suggests that Jack record some songs in his local studio. Ellie, perhaps warmed by Gavin’s enthusiasm, forms a bond with Gavin that develops into a ‘serious relationship’ when Jack’s career takes off and Ed Sheeran (playing himself) invites him to be his warm-up act in Moscow.

When Jack performs, Ed might be very worried, but he remains generous, helpful and good natured (and an original Sheeran song plays at the end of the film).

Soon Jack is a star with a new friend in Sheeran; an obnoxious (and heavily parodied) Hollywood manager Deborah (Kate McKinnon) and a spot on James Corden’s (playing himself) popular American talk show. Though the precise words to the lesser known songs like Eleanor Rigby are hard to recall and a Russian man and a Scouse woman remember The Beatles and are onto Jack, wealth and fame are finally his for the taking. But what about Ellie and the values he left behind in Lowestoft and Gorleston on Sea? And what about his musical integrity? 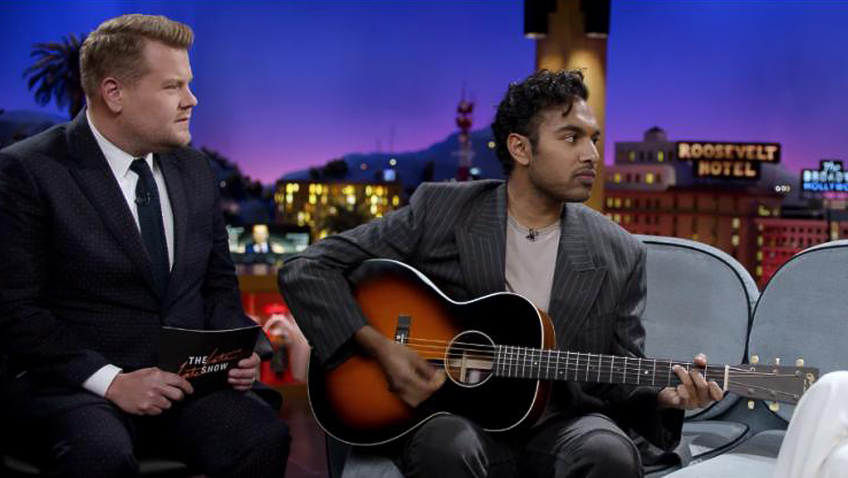 After focussing on the coup of having Ed Sheeran in a song writing competition with their unknown upstart (Jack wins), the filmmakers let the concept flounder. Some of the jokes are fun and clever. After googling The Beatles yields no results, Jack types in ‘John, Paul George and Ringo’ and is rewarded with ‘Pope John Paul II’. We’ve all been there! His proposed album title, the White Album

, is rejected for lack of diversity. A bit too clunky is Ed Sheeran’s suggestion to change the name Hey Jude to Hey Dude. While Coldplay exist, googling Oasis yields pictures of desert palm trees because of the noted affinity between that band and The Beatles. But why would googling coke (as in cola), produce Pablo Escobar and why would cigarettes no longer exist? A world without The Beatles is far from a perfect world.

Nothing is made of the possible connection between the guitar that Ellie gives to Jack that coincides with his new career. It might have been used as a metaphor or as something more magical, given the implausibility of the whole concept. Nor is anything made of the man and the woman who for reasons never explained, remember The Beatles. They follow Jack around as though they are going to denounce him, but have more congenial motives.

Less congenial is the way in which Gavin is conveniently used and then discarded as though no more than a plot device. And for all that, the Ellie/Jack love story is unconvincing, particularly as there is close to zero chemistry between James and Malik. James is a very talented actress, but here she, too, is a plot device that exists solely to draw Malik back to Suffolk and to his home grown values.

If the self-indulgent, rambling ending is a cop out, providing no real resolution to the concept, there is a great deal of pleasure in hearing those wonderful songs amplified in a movie theatre and sung, in different contexts, as though for the first time, by a single, unknown singer. Malik’s reinterpretation of the band’s songs with just a lone guitar or piano is a revelation.