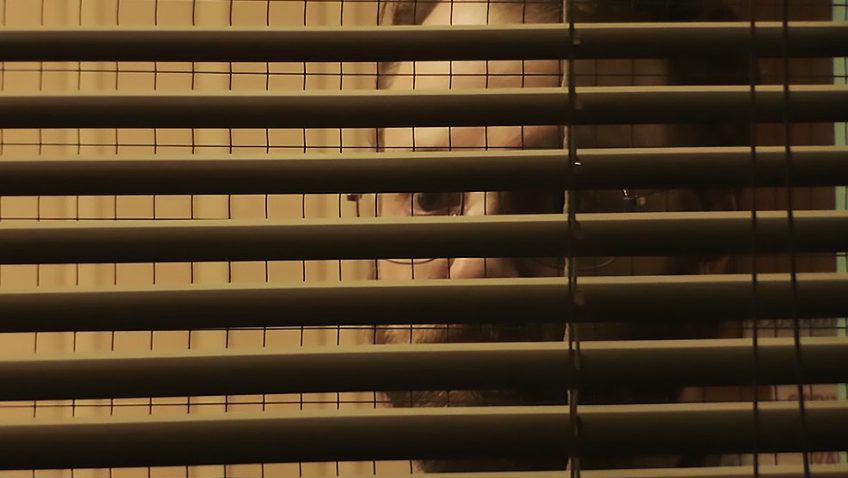 is Steven Soderbergh’s (Erin Brockovich,Traffic) second film since he announced his short-lived retirement at age 50 because ‘films don’t matter anymore.’ Soderbergh’s return to filmmaking was the genre heist comedy Logan Lucky, and less than a year later, he is back with Unsane

, an ultra low-budget genre film shot on an iPhone. It might be a psychological thriller/horror film with all the tropes of the genre, but it tackles a topical issue with a game-changing performance from The Crown’s Claire Foy who is abducted, not just once, but twice in a chilling scenario that is everyone’s worst nightmare. Unsane

turns out to be a movie that will matter to a lot of people.

When we first meet Sawyer, a newly employed data analyst for a bank in Pennsylvania, she is on the phone with a disgruntled customer and her customer service skills leave a lot to be desired. Though mocked by her colleagues, she is not only commended on her excellent work by her boss, but possibly hit on, as he puts too much emphasis on the hotel when inviting her to join him on a work-related trip.

After reassuring her concerned mother, Angela (Amy Irving) that she has settled into her new life and has friends, Sawyer decides to register for weekly appointments with a therapist at the Highland Creek Behavioral Center, one of those sprawling, anodyne, impersonal institutions that, spotlessly clean and impeccably maintained, is neither offensive nor particularly welcoming.

During her session with a therapist whom she compliments for being ‘a good listener’, it emerges that Sawyer has moved from Boston to Pennsylvania to escape a stalker who made her life unbearable. When asked about feelings of suicide, Sawyer concedes that there were times she considered ending it with pills, but declares she is in a much better place now.

As Sawyer goes to make a follow-up appointment before returning to work, she learns that her therapist was too good a listener. Sawyer was duped into signing the ‘boiler plate’ registration form that gives the Center the right to keep her under observation for 48 hours. As Sawyer protests in vain, she is unaware that the insurance papers have already been processed. When she calls the local police, a pair of overweight cops pass by. After glancing at the signed paperwork and exchanging sexual banter with the receptionist, they leave. 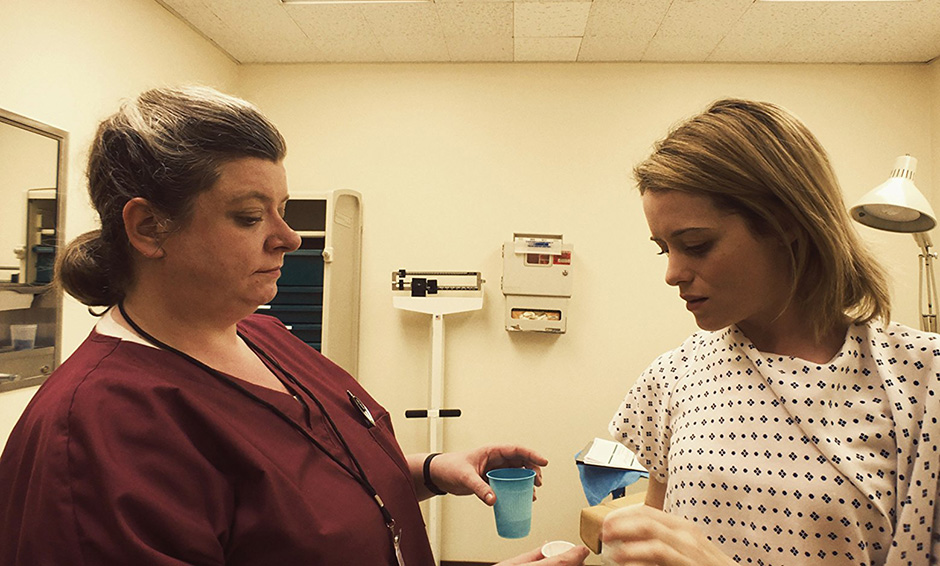 And then Sawyer can’t believe her eyes when she sees her stalker, David Strine (Joshua Leonard), working as an orderly and going by the name of George. Or does she only think she is seeing Strine? When Sawyer sees a pudgy, nondescript, heavily bearded man in white (administering medication no less) she loses it and, to our dismay, is given a longer stay for her violent outburst. George, calm, professional and Nurse Boles’ (Polly Mckie) favourite new employee, denies being David. You find yourself in a ‘is he or isn’t he’ game for the middle part of the film.

As Sawyer learns that fighting the system, and her crazy roommate Violet (Juno Temple, Wonder Wheel) is getting her nowhere, she bonds with a sympathetic inmate battling opiod addiction Nate (Jay Pharoah) and follows his advice. Nate has learned to play the system and has managed to keep a mobile phone undetected. Sawyer blackmails Nate into letting her use his phone to call her mother who shows up at the Center determined to leave with her daughter. 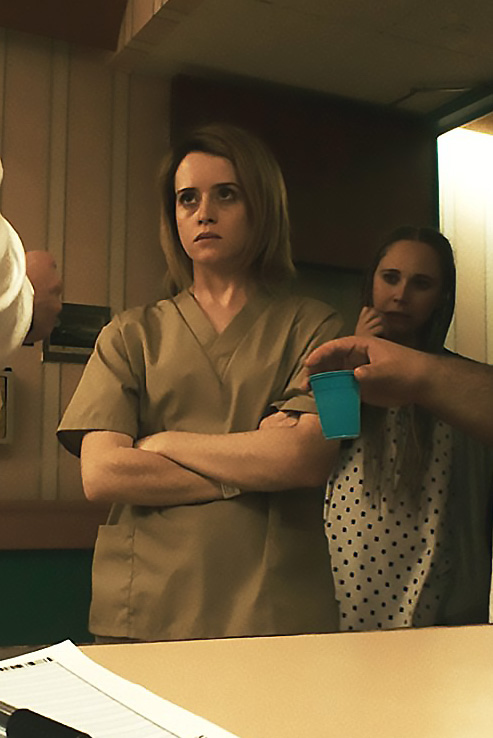 Soderbergh and scriptwriters Jonathan Bernstein and James Greer clearly have The Snake Pit and other classics in mind as they position the film within the confines of the mental asylum genre. But they give us a remarkably fresh protagonist who is indeed troubled, but who refuses to be a victim.

If a scene in which Nate is tied up in a wheel chair in the basement (straight out of last year’s Academy Award winning (Best Screenplay) horror movie, Get Out) is pushing the film into slasher territory, it is fundamental that Nurse Boles remind us of Nurse Ratched (Louise Fletcher) in One Flew Over the Cuckoo’s Nest. And just as there are echoes of two Angelina Jolie movies, Girl, Interrupted, set in a respectable mental hospital, and Clint Eastwood’s Changeling, part of which is set in a much less reputable one, there are also echoes of Eastwood’s stalker movie, Play Misty for Me. Despite being at the confluence of two genres, Unsane

The film does dip into B-movie territory when David/George heads off for his cabin in the woods (the title of Joss Whedon’s horror movie (The Cabin in the Woods). It’s a change of scenery from Highland Creek, but not a welcome one.

What is even scarier is that the writers found their idea in a true story in a newspaper; a thought that might have everyone reading the small print next time they go in for a routine procedure or check up that is not on the NHS. Foy has transformed herself not only from the regal monarch of The Crown, but from the dutiful, self-sacrificing wife and English rose in Breathe. Unsane

will make it less surprising to learn that Foy is going to play a very different Elizabeth in the upcoming reboot of The Girl with the Dragon Tattoo series: Lisbeth Salander.