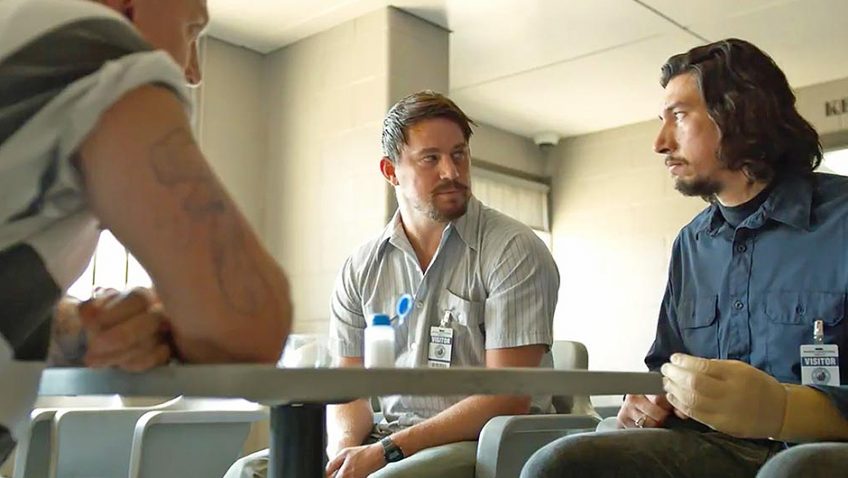 Steven Soderbergh’s latest is flawed but a lot of fun

Steven Soderbergh announced his retirement at age 50 in 2013, just before the UK cinema release of his film Side Effects and his superb HBO film, Behind the Candelabra. Soderbergh claimed he was ‘no longer interested in making films’ and that ‘movies don’t matter anymore.’ There is no evidence of either of those statements in his first film release in four years, Logan Lucky

Soderbergh’s return is an ebullient and politically-charged blue collar version of Soderbergh’s Ocean 11 trilogy. Instead of debonair criminal George Clooney and card sharp Brad Pitt in Las Vegas, we have unemployed construction worker Channing Tatum and one-armed Iraq veteran bar tender Adam Diver in West Virginia. While a wonderful array of minor characters and Daniel Craig’s comic turn as a jailbird are worth the price of admission, two passive leads, the completely implausible heist plot and the fudged morality take some of the fun away.

The Logan brothers are unlucky. We learn early on that Jimmy’s (Tatum) promising sports career was destroyed when an accident left him with a limp. Jimmy’s limp gets him sacked (his boss tells him it’s a pre-existing condition that he failed to declare on his application) from one of the only jobs left in an area of high unemployment. His younger brother Clyde (who looks nothing like him but is not a half-brother) envied his sports hero brother so much he enlisted and was sent to Iraq where his heroism left him tending bar with a prosthetic arm.

His materialistic wife, Bobbie (Katie Holmes) traded him in for the wealthy owner of a car dealership and is threatening to move out of state with their adorable daughter Sadie (Farrah Mackenzie). When he threatens to fight the move with a lawyer, Bobbie reminds him he can’t afford one. All of this bad luck and Jimmy’s loving relationship with his daughter are meant to put us on Jimmy’s side and justify his resorting to crime. If it works, you might enjoy the film more than if it doesn’t.

Soderbergh’s characters make up the disengaged American red necks and Republican Middle Americans that elected Donald Trump might seem stereotypical, but Soderbergh wants to show us that down-in-out does not mean stupid. And Jimmy concocts and orchestrates what is arguably the most elaborate heist plan in any film of the century, particularly as it involves not only a staged prison revolt, but a huge number of people being where they are supposed to be at a given moment and reacting as they are expected to.

The plan is only very briefly explained to Clyde and the audience, which is a problem when its execution takes up a good half of the film. Since we do not know what is happening, what is supposed to happen and could go wrong, there is little tension. In his former job, Jimmy plans to access the Speedway’s new pneumatic tube system for moving gambling money during an upcoming motor race when security is lax and the loud noise of the cars and crowd will facilitate their use of explosives.

Jimmy recruits their sister, Mellie, an unmarried, super sexy hair dresser as their driver and dog’s body. Mellie is played by Riley Keough, (It Comes at Night and American Honey). She might be Elvis Presley’s granddaughter, but proves once again that she is a very talented actress in her own right. 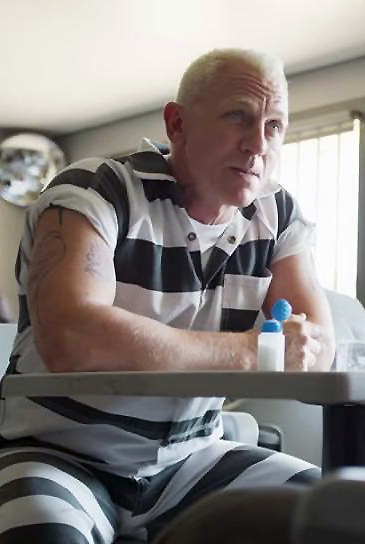 Jimmy also pays a visit to the local penitentiary because inmate Joe Bang’s knowledge of explosives is fundamental to their plan. Joe Bang is played by James Bond’s Daniel Craig as you’ve never seen him before: with a Southern drawl, bleached white crew cut, massive tattooed forceps and a striped prison uniform. Craig is a revelation in his first comic role and when he confounds everyone with his clandestine bomb made out of bleach tablets, salt substitute (he has high blood pressure) and Gummy Bears, he justifies Jimmy’s faith him in. It’s a good thing, too, as they have to involve the inmates of Joe’s prison in staging a risky prison break that involves Clyde joining him inside and both being returned to prison before they can be marked as missing. The Logans’ luck changes, too, when the incompetent but wily prison warden (Dwight Yoakham – hilarious) lies to the FBI about the prison riot in order to keep his job.

While all this is fun, the fun is very similar to that in Ocean’s 11 – only the characters and setting are really novel. And the characters are Soderbergh’s strong point. Little Sadie in particular epitomises the dichotomy of the product of divorce, when in one scene, she is helping her dad repair his car and in another telling him she can’t eat ice cream because of her upcoming beauty pageant.

Hillary Swank, too, is terrific in minor role as the FBI agent who plays a similar role to that of Jeff Bridges’ sheriff in Hell or High Water. In fact, not only do both films involve brothers committing a robbery for a ‘justifiable’ cause, but the endings of both films are almost identical, with Swank’s frustrated, but determined detective signalling to Clyde that she’s not going to let them get away with it.

While the supporting characters are winners, Channing Tatum, so charismatic in Soderbergh’s Magic Mike and so funny in 22 Jump Street, is curiously bland here. He is almost as laid back as Adam Driver, whose mild-mannered character in Jim Jarmusch’s Paterson was a triumph, but here his character’s PTSD renders him so distant and withdrawn that it’s easy to dismiss him altogether.

As we appreciate all the elements of this implausibly elaborate plot, we begin to question why, if Jimmy is such a master-mind (not to mention mind reader), he is robbing a speedway and insurance company rather than heading a successful business. And this brings us to the question of the film’s fudged morality. Joe Bang’s two red-neck brothers are supposed to make us laugh when they refuse to participate in an unethical crime, but Soderbergh tries to choose one – gambling on cars – that seems victimless, particularly when Jimmy can afford to return bags of dough, as no one knows how much money is missing. There are, however, no victimless crimes and many people worse off and unluckier than Jimmy do not resort to crime to get back on their feet.