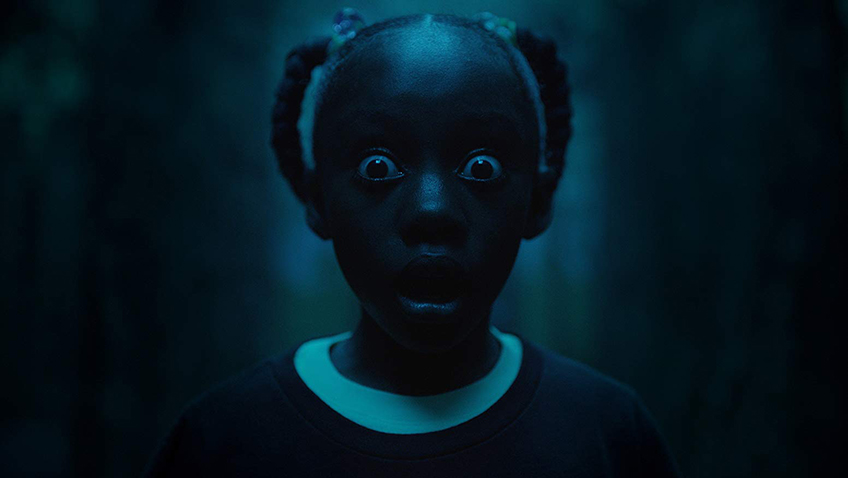 Does Jordan Peele surpass his acclaimed debut, Get Out?

is arguably the most anticipated second feature of the millennium and we did not have to wait very long. Us

is scarier than Get Out, which might please fans of the horror genre, but more conventionally so. The beauty of Get Out was how it used the tropes of the genre, while transforming them into an original and dark social satire about race relations in the USA. Get Out was saying something with every scene, while Us

attempts to wrap up what is essentially an elegant zombie movie with the imposition of an obscure warning about society today.

A successful debut is both a blessing and a curse and few debuts were as successful as Peele’s Get Out. Peele became the first black filmmaker to win the Academy Award for Best Original Screenplay, and only the third filmmaker in history to be nominated for Best Film, Director and Screenplay for a debut film. Most importantly for Hollywood, the film was made on a budget of $4.5 million and grossed $255 million. Pressure? What pressure?

The official publicity poster gives you a big clue about the nature of the story, (i.e. expect doppelgängers), so there is no spoiler in outlining the plot.

The film opens with captions telling us that underneath the USA are thousands of miles of passageways: abandoned subway systems; unused service routes, abandoned mine shafts. ‘Many have no purpose at all’ we are told. We see an antique television set surrounded by VHS tapes and a poster for the 1986 Hands Across America charity fundraiser. Remember the image on the poster.

An explicit caption ‘1986’ locates us firmly in time. The place is an all-American seaside amusement park in Santa Cruz. Disobeying her parents, ten-year-old Adelaide (Madison Curry) wanders off (past a long-haired hippy-type with a doomsday sign that says Jeremiah 11:11) just as a storm breaks. She seeks shelter in a neon-signed funhouse, above which is written Find Yourself. She literally does find herself, in a traumatic encounter with a mirror image; only the head in the mirror is not moving like Adelaide’s.

What follows is a cruel cut, because we have to wait nearly 100 minutes to find out what happened in that encounter, only to be left confounded by the explanation. But no matter for we quickly move on to a comforting caption releasing us into the Present Day. It seems that Adelaide, now played by Lupita Nyong’o of Black Panther) was found and, although rendered mute for a period by the trauma, has recovered. Flashbacks and irrational fears indicate otherwise. 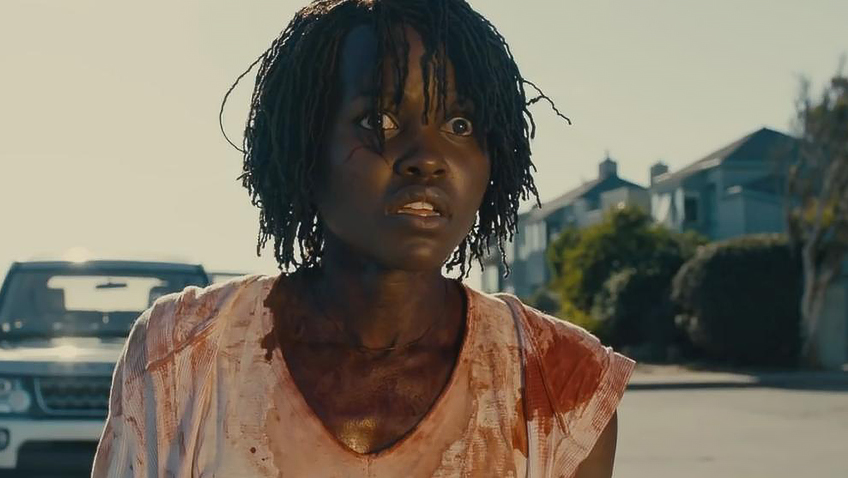 Lupita Nyong’o in Us

Adelaide is married to Gabe Wilson (Winston Duke, who is, like Nyong’o, a Black Panther and Yale University alumnus) an affable, sensitive, solid family man and, we can imagine, Adelaide’s ‘rock’. They have two children: teenage daughter Zora (Shahadi Wright Joseph) who is on the school running team, and younger son Jason (Evan Alex) who always wears a mask, albeit mainly on his head like a cap.

Given Adelaide’s experience in 1986, it is odd that they are spending the summer holiday near that very beach in Santa Cruz, but in fairness, Adelaide balks at Gabe’s suggestion that they go to the beach in question for the day. Their house is right on a beautiful lake and Gabe has just purchased a boat; a kind of status symbol for the dock to impress their wealthier, hard-drinking white friends and neighbours, Kitty (Elisabeth Moss) and Josh (Tim Heidecker) Tyler. The Tylers, who are portrayed as empty upper-middle-class shells, argue all the time and derive no joy from their twin daughters. They are so different from the Wilsons that you wonder how they became and why they remain friends.

During the Wilsons’ day on the beach with the Tylers, Jason wanders off and ends up inside the same fun house as his mother, but his experience is different.

During what appears to be that evening at home Jason points to the digital clock that reads 11:11 (although not 23:11) and Adelaide sees that Jason has drawn a picture of the long-haired dude with the sign that she had passed by in 1986. This time the man has blood oozing from his hands. You would not be far off base to expect Dan Brown to walk through the door to tell you that Jeremiah 11:11 is a warning from the Lord: ‘I will bring on them a disaster they cannot escape. Although they cry out to me, I will not listen to them.’ 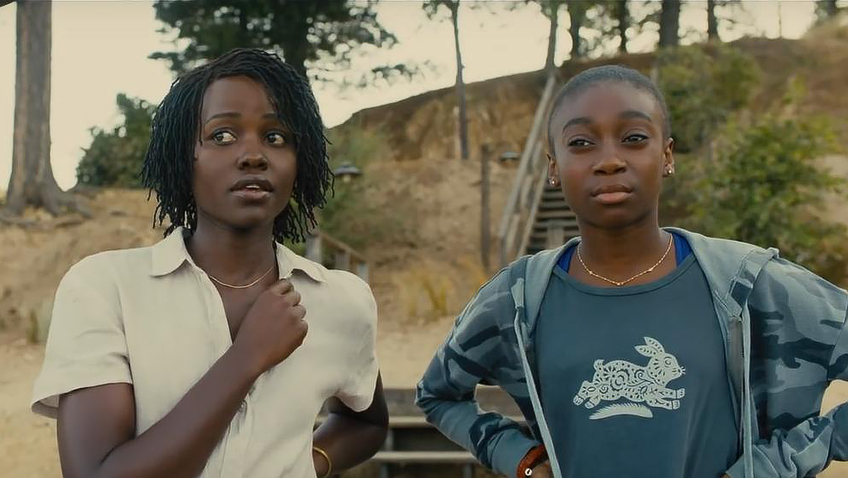 Lupita Nyong’o and Shahadi Wright Joseph in Us

What has Adelaide done to deserve all this? She is getting worried enough about the déjà vus to raise her concerns with her sceptical husband, revealing what happened back in 1986. ‘She’s coming for me’, Adelaide tells Gabe, who reassures her. And then the lights go out. And then Jason points out, ‘there’s a family in our driveway.’

The family in their driveway are ‘The Tethered’ referring to the fact that each one happens to be tied to a corresponding individual on earth, giving each of the main actors a doppelgänger and a juicy yin-yang role.

Everything that follows is harrowing, but the tropes of the genre are not integrated into a story, they are the story. If the first segment sets up the ‘cabin in the woods with lake’ scenario, familiar from slasher movies, the second segment is a straight home invasion movie. The invaders are very different from the invaders in Michael Haneke’s Funny Games, but evil is evil regardless of the motive, and so both films are scary in the same way. The final segment is like a zombie apocalypse movie, one that we have seen before, even, as in the marvellous 2016 Korean film Train to Busan, with Peele’s mix of fright, humour and social commentary.

Before you even start to wonder about the significance of those underground passageways (promising more than they ultimately deliver), chilling rows of caged rabbits and a twist involving young Adelaide’s ballerina doppelgänger, you might be asking yourself why, of all the families in Santa Cruz, only the Wilsons can fight back. Or why, if the invasion is linked Adelaide’s to encounter in the mirrored funhouse, other families are saddled with doppelgängers who, when it comes to killing, are no longer tethered to their look-alike human. Those who wonder why the police never show up, might consider that that is pretty standard too.