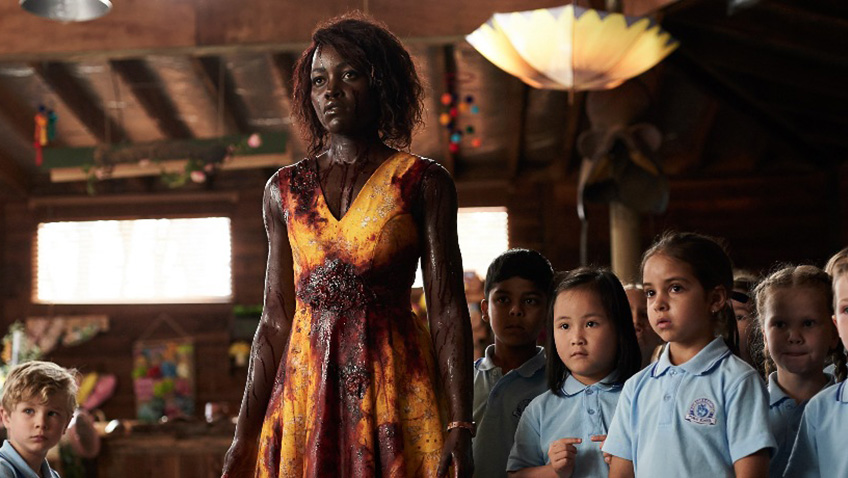 The little monsters aren’t the zombies in this contagious, romcom

The zombie movie genre is the gift that keeps on giving, although Jim Jarmusch’s recent The Dead Don’t Die proves that it can look worn out and strained. If the best of the new millennium zombie movies is the South Korean Train to Busan, Australian actor-turned-writer/director Abe Forsythe (Down Under) has come up with a fresh, entertaining contender. 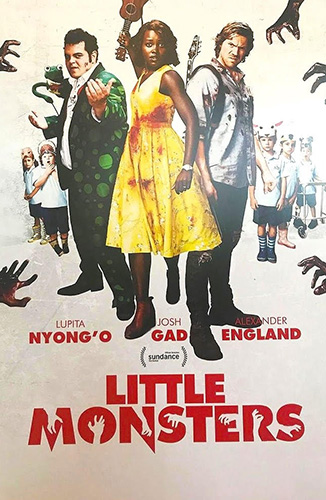 Forsythe understands that Zombie movies are not really about the zombies. From Jacques Tourneur’s I Walked with a Zombie (1943) and George Romero’s 1968 Night of the Living Dead, to Train to Busan, the best zombie movies can be political metaphors, personal journeys, father-son relationship movies and even, as here, romcoms, while still being tense and gruesome.

Dave appears to be allergic to kids, and over the opening credits, off camera, the arguing with his girlfriend about starting a family has already begun. When they break up, Dave is taken in by his sister Tess (Kat Stewart). Her patience is tried when Dave takes Felix, disguised as Darth Vader, to propose to his former girlfriend, only to find her making love with a work colleague.

Thanks to Felix’s intervention, Dave is allowed to stay, but he is on parole. He has to help around the house and take Felix to school in the morning. This chore becomes a pivotal moment in Dave’s life when he sets eyes on Miss Caroline (Nyong’o), Felix’s warm and sunny kindergarten teacher. 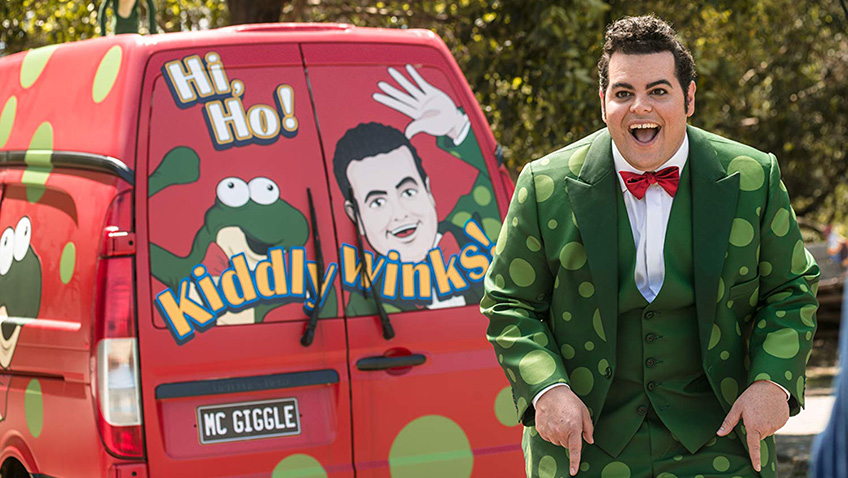 When a parent-chaperone drops out of a school trip to Pleasant Valley Farm, Dave volunteers. Dave watches in wonder as Miss Caroline, who keeps reminding him to call her Audrey, entertains the children with her ukulele and keeps them under control with her ‘one, two, three, eyes on me’ command.

Shortly after their arrival at the outdoor farm, the innocent day out turns into a nightmare from hell when a horde of zombies start tearing apart the little lambs, the tourists, the staff and the school coach driver. Miss Caroline parades the children to the shelter afforded by the visitor centre only to meet with opposition from TV Host Teddy Mcgiggle (Josh Gad) a kids’ favourite who earlier entertained the kids in a green frog suit with his famous frog from his frog mobile.

If the zombie invasion will bring out the best in Dave, it brings out the truth about Teddy McGiggle. He is not a barrel of laughs, but a child-hating, sex-addict and coward whose attempts to sacrifice the kids for his own safety are thwarted by Miss Caroline with Dave’s help. 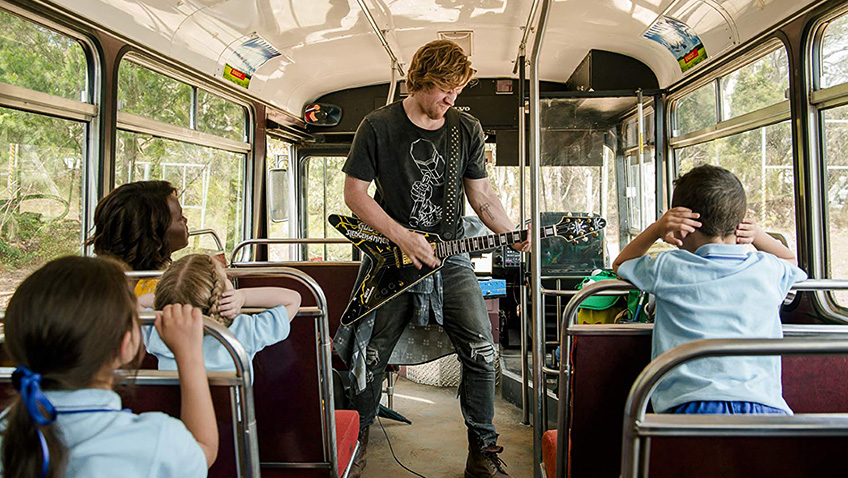 McGiggle is also just the character the film needs as a foil to the equally loathsome, but redeemable Dave. Miss Carolyn’s sole concern, as she tells Dave, and then McGiggle while threatening him with a sharp object, is to keep her children safe and oblivious to the traumatic scenes around them that would otherwise affect them for life.

She somehow remains calm and pretends it’s all a game. Save for her daring dash to the coach to recover Felix’s allergy jab, she continues to serenade the children and have them sing along. When the last of the potato chips are gone, and the zombies are pushing against the glass windows, she distracts them from their hunger. 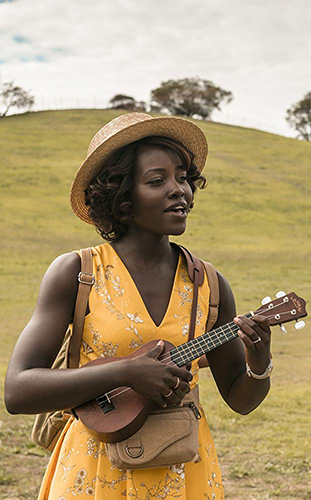 Dave is in awe, and so impressed with this strong and dedicated woman that he falls under her spell. He might also realise that the only way to her heart is through the children. Remembering that the kids were unimpressed with his heavy metal guitar playing in the coach, and that Audrey has a thing for Neil Diamond, he picks up the children’s spirits with a rousing Sweet Caroline. The gesture is not lost on Audrey.

Once McGiggle is out of the way, Forsythe needs a new threat to up the ante, hold the tension and keep up the perfectly-paced action. Earlier in the film we have seen soldiers at a near-by US Army base succumb to a few zombies that have infiltrated the base, and, zombies themselves, have wandered over to the farm. We are treated to the sight of Miss Caroline, in her bright yellow summer dress, swinging a big shovel over her head as she decapitates the zombie soldiers on her way to the coach.

Now, as the desperate school parents, including Tess, surround the farm seeking news of their children, the army general is planning on bombing the visitor centre and everyone around it to eradicate the contagion. Oblivious to the army’s plans, Audrey and Dave plan a daring escape.

The casting of Nyong’o, who first came to our attention in 12 Years a Slave and went on to co-star in action-fantasy films, Stars Wars (Episode VII – The Force Awakens and Episode VIII – The Last Jedi) and Black Panther, is inspired. She has the body and determination of a warrior and the warmth, professionalism, resourcefulness and energy of a schoolteacher. Miss Caroline is the embodiment of the teacher as superhero, and while it is Dave’s story, and Forsythe’s calling card, it is Nyong’o’s film.