Home / LIFESTYLE / REVIEWS > / FILM REVIEWS / Predictable & lukewarm. The Heat should have been the hot comedy of the summer 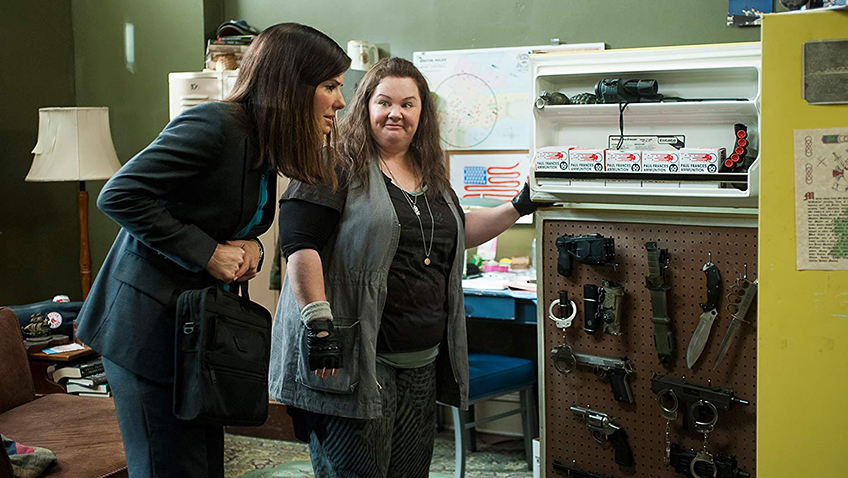 Predictable & lukewarm. The Heat should have been the hot comedy of the summer

should have been the comedy event of the summer, if not the year. Its pedigree is beyond dispute: Directed by Paul Feig, whose ground-breaking comedy, Bridesmaids, grossed $300 million, The Heat

stars Sandra Bullock (whose films have grossed nearly $300 billion!) and Melissa McCarthy, who stole all her scenes in Bridesmaids. The high concept film throws them together as buddy cops in a crime caper, the traditional preserve of male stars. Bullock is terrific, but with a script short of laughs, improvisational scenes that fall flat, and too much of a good thing in McCarthy, The Heat

is more lukewarm than hot.

You’ll recognise the predictable story, given a few twists by first-time feature writer Katie Dippold. Bullock plays Sandra Ashburn, a New York FBI field agent who has put her personal life on hold to build a career in the male dominated FBI. She is good and she knows it, but her rusty social skills are blocking that long-awaited promotion. Bullock gets the film off in the right direction with some humorous sketches of Ashburn’s ego in action; showing up the male cops under her and glowing triumphantly as her resentful, mocking team cower with contrition.

Ashburn’s superior, Captain Hale (Demián Bichir), despatches her to a Boston field office where she will be tested. Ashburn will have to work with maverick Boston cop Shannon Mullins (McCarthy) to solve several murders. By now the audience has seen Mullins in action and she makes Dirty Harry and the Beverly Hills Cop look by-the-book. The chalk and cheese contrast between the partners is meant to supply the on-going humour.

The corpulent, unkempt, foul-mouthed and politically-incorrect Mullins knows every inch of her native town and all its drug dealers, cons and ex-cons. But clobbering black, small-time criminal Rojas (John A. Baker Jr., AKA Spoken Reasons), with a watermelon is not the way the attractive, fit, instinctively perceptive and calm Ashburn apprehends citizens for questioning. 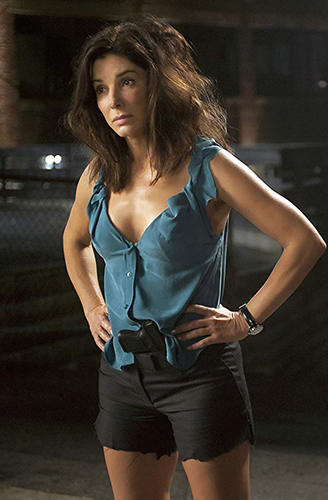 Sandra Bullock in The Heat

When Ashburn realises that to survive in Boston, and win Hale’s confidence, she’ll have to work with Mullins, the two make peace, and forge a strong alliance. Here’s where the sentimentality sneaks in, as the audience is meant to realise that both women are struggling to succeed in a man’s world and overcompensating for it in their own particular manner. Nonetheless, this is a valid point, and credit goes to Dippold and the female stars for making it.

The plot of The Heat

resembles that of countless male buddy movies where circumstances bring two very different men together for what turns out to be a common goal. When Mullins’ cuts up Ashburn’s clothes leaving her scantily clad to seduce a suspect, The Heat

is also reminiscent of Bullock’s Miss Congeniality where she plays a disgraced FBI agent who must go under cover at a Beauty Pageant to save her floundering career.

Familiarity is not necessarily a negative trait in comedy, but Ashburn’s character does not survive long as the ‘straight woman’ to the overwhelming, and increasingly annoying, Mullins. The seemingly endless, improvised bar scene in which the women bond by getting plastered, might be funny after a few too many, but certainly had nothing to recommend itself at a sober morning press screening.

McCarthy, who stars in the American sitcom Mike & Molly, was so terrific in Bridesmaids and This is 40 because her crude language, unexpected (in the genre) appearance and long, repetitive, abusive tirades, vocalising what we dare not think, will spice up any comedy script if used strategically and, especially, sparingly. McCarthy as a lead actress tends to be too much of a good thing.

With a ‘from the Director of Bridesmaids in the publicity material and the marquee names Sandra Bullock and Melissa McCarthy, The Heat

will probably be critic proof. The Heat

is a better film than McCarthy’s Identity Thief, released earlier this year, but it’s not as good as it should have been.