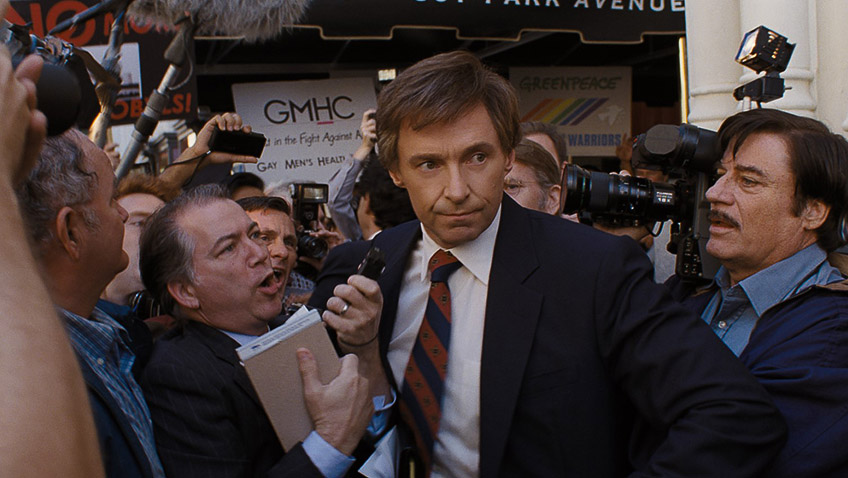 Another topical and thought-provoking, if dark and demanding film from Jason Reitman

Two of the 20th century’s most popular US presidents, JFK and Bill Clinton, were known womanisers, and the incumbent US president’s pay-off to porn actress Stormy Daniels has been grabbing headlines. While no president’s service has ever been ended prematurely due to charges of infidelity, the USA’s most famous front runner, Gary Hart was not as fortunate. The talented writer/director/producer Jason Reitman’s (Tully, Up In the Air, Young Adult, Juno) thought-provoking, fly-on-the-wall-style biopic shows how the momentum of a small incident took on a life of its own overshadowing Hart’s strong platform and accomplishments and paving the way for the presidency of the late George H.W. Bush. More than just a biopic, The Front Runner

marks the moment when the distinction between tabloid and political journalism blurred and an earnest candidate misread a post-Watergate world.

A handsome, charismatic idealist (he is played by the very charismatic, handsome Hugh Jackman), who is a politically savvy (he ran George McGovern’s successful campaign for the 1972 Democratic nomination), in touch (he was known as the ‘Atari Democrat’) environmentalist (he announces his run on the sandstone slabs of Colorado’s Red Rocks Park) in March 1987, Hart’s lead almost guarantees him the Democratic nomination. Young idealist campaign volunteers surround their idol, whose only flaw is a mysterious, temporary separation from Lee Hart (Vera Farmiga, Up In the Air) to whom Hart has been married for 28 years.

In May 1987 Hart withdraws from the presidential race after a stressful, stormy three weeks in the headlines for all the wrong reasons. In the production notes Reitman makes the case for the film’s relevancy to today’s audiences of all ages and nationalities. ‘Like a mirror to 2018, the story reflects back the origins of our restive questioning over whose truth counts, whose power should be protected, which stories should be reported and what flaws we will or won’t accept in our leaders.’ 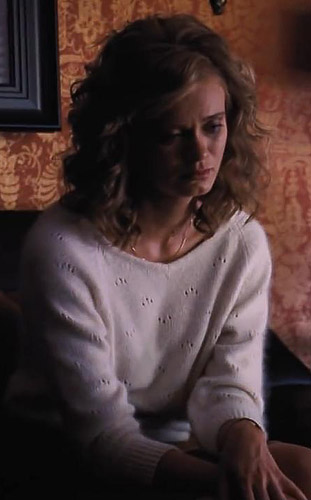 Sara Paxton in The Front Runner

Mondale went on to lose to Ronald Reagan and Reagan’s margin was so great that it is doubtful even Hart would have won. But four years later he might have defeated George H W Bush. Bush’s legacy includes his son George W, whose allegedly corrupt presidency with VP Dick Cheney is targeted in the upcoming feature, Vice.

During the three weeks of accusations and denial that culminated in Hart’s resignation, the country’s most popular talk show host, comedian Johnny Carson, introduces his show with a joke about the name of the yacht – Monkey Business – on which Hart met Donna Rice (Sara Paxton) , the blond model with whom he had the alleged affair. Of all the names, and Carson throws out a few names, it had to be called Monkey Business! The audience is doubled oven laughing. Carson goes on to add that on this cruise it was whales that were doing the watching.

The screenplay is based on Matt Bai’s book, All the Truth is Out: The Week Politics Went Tabloid

which Bai adapted, working with Reitman and Jay Carson. Bai is a former chief political correspondent for the New York Times Magazine and Carson was a campaign adviser to the Howard Dean (2004) and Bill Clinton (2008) and possible model for Ryan Gosling’s character in the George Clooney’s political thriller, The Ides of March. 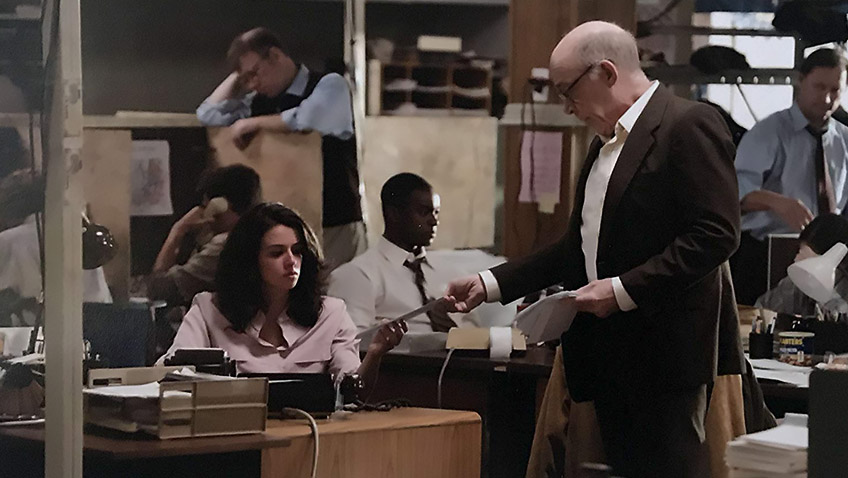 J.K. Simmons and Jenna Kanell in The Front Runner

In the first two realms, there is nothing to explain to the viewer who or what the various people are talking about or even who is talking (with exceptions, like Benjamin Bradlee (Alfred Molina). There is a lot of improvised cross-talk, inside jokes and a roving camera. The West Wing looks staged and its conversations sound scripted and expository by comparison. This level of authenticity is what Reitman intended, but it has the unintended effect of closing us out as the dramatic narrative is put on hold.

It is in the more intimate scenes that we understand what is at stake and are in tune with the human element. The moving scenes between Hart and Lee; Hart’s awkward and embarrassing rebukes to the startled journalists who have staked out his Washington DC townhouse and caught him like a rabbit in the headlights; and a long sequence with, ironically, one of the few fictitious or compilation characters, Hart’s scheduler, Irene Kelly (Molly Ephraim). 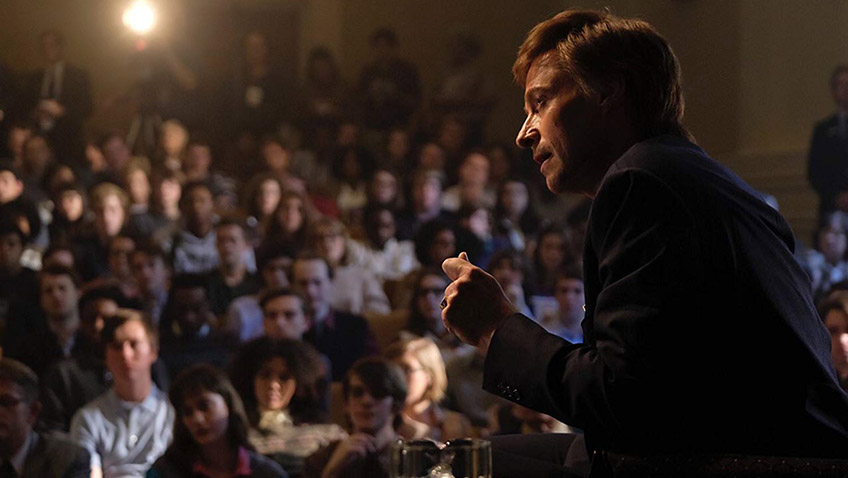 Hugh Jackman in The Front Runner

Kelly is assigned the task of seeing that Donna Rice, the alleged mistress, gets safely back to Miami, and the filmmakers imbue Rice’s character with dignity and complexity. She is not a bimbo, but a bright, sales manager who admired Hart and his policies and is terrified that her parents will learn about the scandal. Kelly feels compassion for Rice, whose life will never be the same, but Kelly’s feelings about her boss are left for us to imagine as she sits alone at a bar.

Reitman is that rare writer/director who provides thought-provoking, topical entertainment. The Front Runner

might be too demanding and less entertaining in its take at what could be a Shakespearian tragedy if we could put our finger on the hero’s precise flaw. And the flaw would not necessarily have been fatal if Hart not found himself trapped in the changing tide of the broadcast and news businesses. In his resignation address, the candidate who preferred policy to photo shoots warned: ‘Politics in this country – take it from me – is on the verge of becoming another form of athletic competition or sporting match.’ With the current stalemate in the US Federal Government, President Trump has turned it into an endurance game.