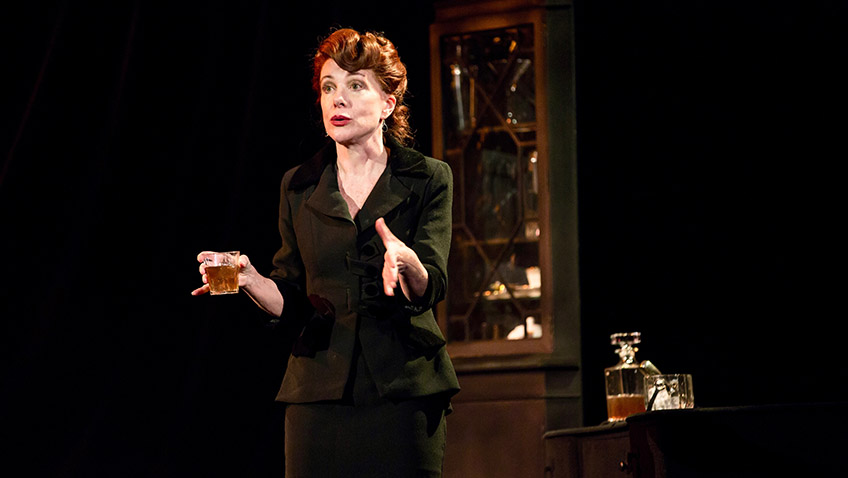 Songs for Nobodies is a one-woman showcase, a concert come cabaret, for the very talented Australian singer and actor Bernadette Robinson who sings nine songs in the style of five famous divas.

Such is her skill that you can hear Judy Garland sing Come Rain or Come Shine, and Patsy Kline sing San Antonio Rose and Crazy and then you can hear Edith Piaf sing L’Accordeonist and Non, Je Regrette Rien. 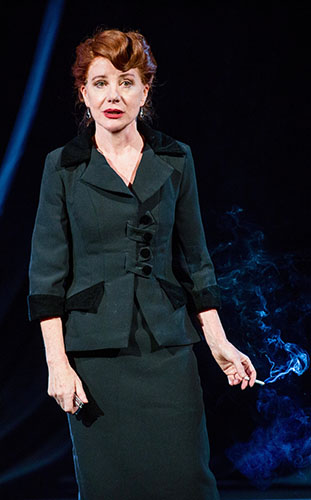 Bernadette Robinson in Songs for Nobodies

Robinson, switching instantly from one diva to another, eschews parody and caricature.

Close your eyes and just listen. She sounds exactly like Garland, Kline, Piaf, Holiday and Callas. Her vocal virtuosity is amazing.

Robinson is also an actor and she plays five imagined unremarkable women, five nobodies, whose lives were changed by their encounter with a legendary singer.

The first woman is a restroom attendant in a hotel who chats with Garland on the night she appeared in Carnegie Hall in 1961. The second woman is an usher at a concert in Kansas City who dreams of being a singer and finds herself invited to back Kline.

The third woman is an English librarian who remembers how Piaf saved a man from a POW camp during World War 2. The fourth woman is a journalist on the New York Times who interviews Holiday. The fifth woman is an Irish nanny who travels with Onassis and Callas on their yacht.

The five roles were specially written for her by Joanna Murray-Smith.

Robinson was taught by Joan Hammond, the famed Australian operatic soprano and the chief joy of the production and stunning climax of the show is Robinson singing Puccini’s aria.

The performance lasts 90 minutes. There is no interval.