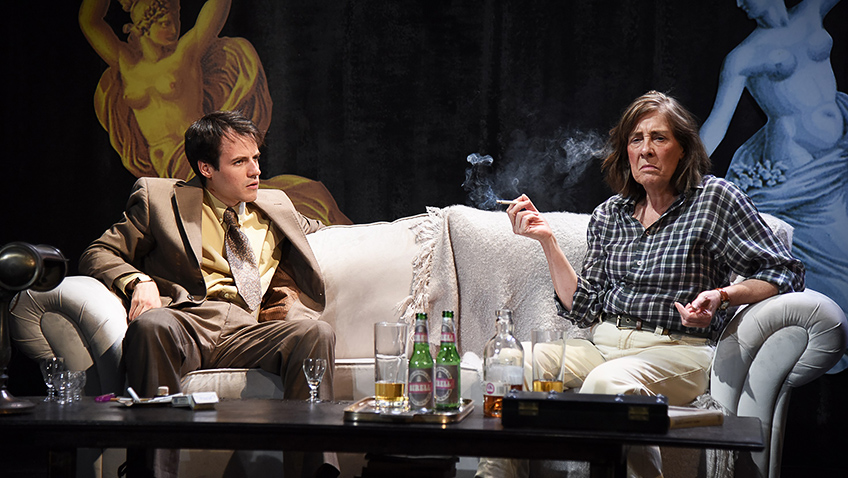 A psychological thriller about Patricia Highsmith and Tom Ripley

Patricia Highsmith, the celebrated American crime writer, lauded by the French and much admired by Graham Greene, is the author of Strangers on a Train, which Alfred Hitchcock turned into one of his best films.

Highsmith is also the creator of the cold, ruthless, sexually ambiguous Tom Ripley, a psychopath of considerable charm. 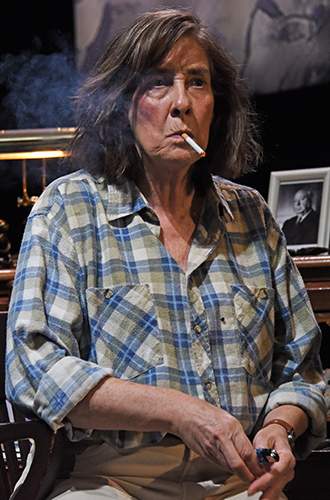 Tom Ripley, who made his debut in 1964 in The Talented Mr Ripley, the first of five novels, has been played by Alain Delon and Jude Law on film.

Highsmith (1921-1995) was a cruel, mean, lonely, ugly, alcoholic lesbian, who was all too aware of the demons that fuelled her disturbing psychological thrillers. Misanthropic, anti-Semitic and racist, she preferred cats to people.

In 1995, old and dying, she is living the life of a recluse in the Swiss Alps, when a young man, sent by her New York publisher, arrives to try and persuade her write a new Ripley novel.

Switzerland premiered in Australia in 2015 where it won Best New Australian Work at the Sydney Theatre Awards.

Australian playwright Joanna Murray-Smith writes about the creative process and the relationship between Highsmith and Ripley. It has been said that Highsmith was Ripley or she would have liked to have been Ripley. He was her alter ego. She felt he was writing the novel.

Murder, she said, is a kind of making love, a kind of poisoning. So who decides who is going to be killed? Is it the author or is it the character?

Switzerland, synonymous with Alps, cuckoo clocks and euthanasia, is famed for its neutrality. Highsmith makes it clear that it is not her job to pass judgement on her characters, however dark. She has no moral compass. The reader may take sides. She sits there right in the middle, rather like Switzerland – hence the choice of title for the play.

Lucy Bailey’s production, seen earlier in the year in Bath, has first-rate performances by Phyllis Logan and Calum Finlay.

If your knowledge of Phyllis Logan is limited to her performance as the housekeeper in Downton Abbey, you will be amazed by her transformation into Patricia Highsmith.

There is plenty to talk about when you come out of the theatre.