Home / LIFESTYLE / REVIEWS > / FILM REVIEWS / Too often, it’s just tediously quirky where it should be funny, touching or profound 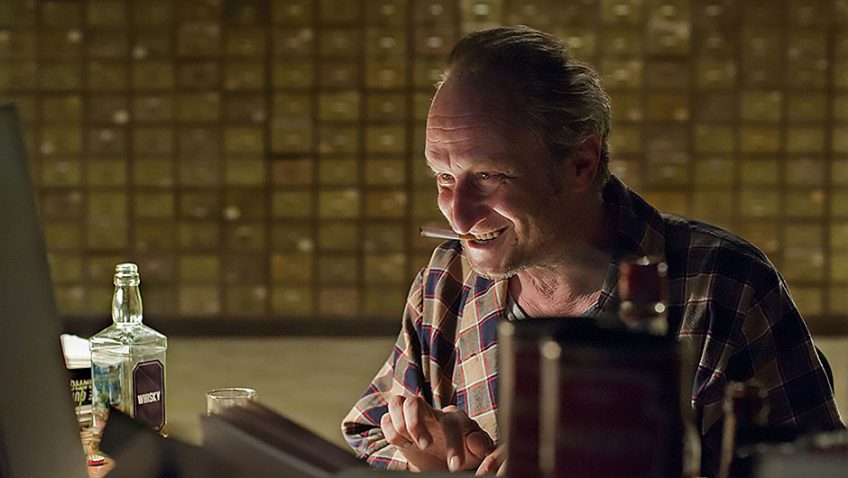 Too often, it’s just tediously quirky where it should be funny, touching or profound

Belgium scriptwriter and director Jaco Van Dormael’s last film as writer/director, Mr Nobody, tells the story of a 118-year-old man who is the last mortal on Earth. The rest of the human race has just about completed the passage to immortality. In The Brand New Testament

, God (Benoît Poelvoorde) is an abusive sadist living in Brussels whose home computer is hacked by his rebellious 10-year-old daughter, Ea (Pili Groyne). Within minutes, the population learn just how mortal they really are. The Brand New Testament

is a wacky, weird, and at times, wonderful film, but too often, it’s just tediously quirky where it should be funny, touching or profound.

God is as nasty to his submissive wife (Yolande Moreau) and intelligent, assertive daughter, Ea, as he is to the rest of humanity. He locks himself in his study that is empty save for his out-dated computer and thousands of file cabinets. There, he revels in rewriting the laws of the universe, turning fate into Sod’s Law. He drums up laws of annoyance, where dishes break after you’ve washed them and toast always falls on the floor with the buttered side down.

One day, Ea has had enough of her father’s abuse of position and consults her late brother, Jesus (David Murgia), in the form of a small statue in her room. Ea steals the key to God’s study and hacks the computer. In no time everyone has received a text message informing them how many years, months, days, hours and minutes they have left on earth. With this act, she denies her father the pleasure he derives from torturing people with uncertainty.

Realising her own number is up when God returns, Ea escapes via a laundry chute and sets about trying to make amends for her father. Ea’s plan is to write a new Testament, and find six new Apostles. She very quickly bumps into a vagabond named Victor (Marco Lorenzini) who will be her scribe – qualifications are not the issue. When Ea mentions her brother, Victor asks her his name and she replies that everybody calls him JC. Delighted, he asks, ‘like Jean-Claude Van Damme? When Ea confesses ignorance of the famous Belgium actor and martial arts expert, Victor expresses incredulity: ‘You don’t know Double Impact? Universal Soldier? ‘

Meanwhile, Mrs God is enjoying the freedom of an empty apartment and plays around on the computer with magical results. When she goes into Ea’s room and looks at Ea’s picture of the Last Supper, she is amazed to see new faces in the reproduction – faces that we recognise as the misfits whom Ea has enlisted in her mission. 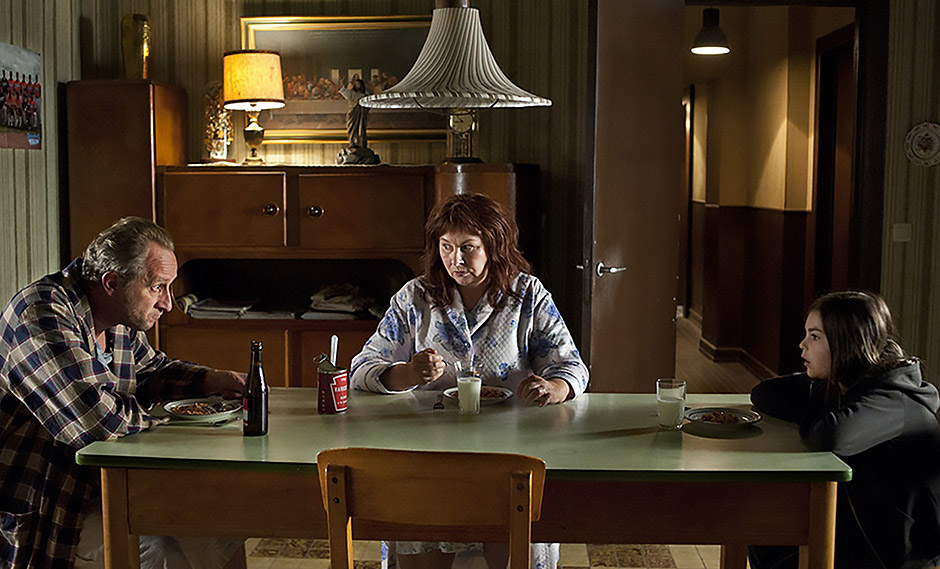 The idea that the Apostles are far from conventional is what you would expect, but the stories are not all amusing. The third Apostle, for example, is a creepy, sexually challenged older man who obsesses over a girl he loved from afar in his youth. With Ea’s guidance, he becomes a voice over actor for pornographic films – the chosen profession of the girl from his dreams. The fifth Apostle is a boy with just days to live who comes out of the closet and, in his last hours on earth, dresses like a girl.

We hit pay dirt, however, with the fifth Apostle, a bored housewife named Martine, who (Catherine Deneuve) is trapped in a loveless marriage. When Ea encourages her to cheat on her unappreciative husband, she falls in love at first sight with a huge gorilla who expresses his wrath when her husband comes home.

The film features several Van Dormael regulars but you don’t expect the great screen goddess Deneuve. More power to her for going to bed with a gorilla at age 72, and showing not the slightest regret that this is where the famous Belle de Jour has ended up. 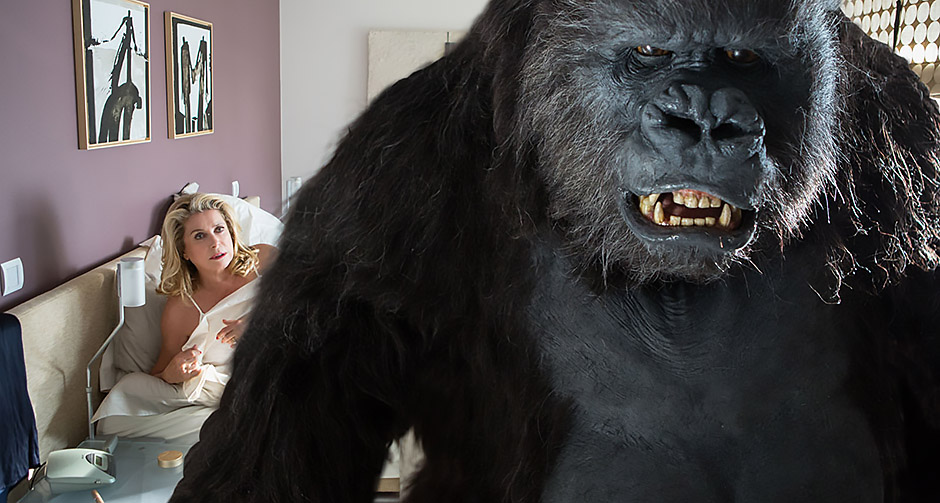 Just as Martine’s husband gets his just desserts, so does God when he goes out into the real world to punish his daughter. There’s a lovely scene in which Ea escapes by walking on water. When God, enraged, chases after her, he almost drowns.

is more Bad Santa than it is Bruce Almighty, because Van Dormael has nothing to say about religion, so it shouldn’t offend anyone. Nor does it have any message unless it’s the old carpe diem. Still, it’s won a few awards and received critical acclaim so there might be an English language remake. For further updates on this possibility, watch your text messages.