Home / LIFESTYLE / REVIEWS > / FILM REVIEWS / Or, the not so amazing Benjamin Berman documentary 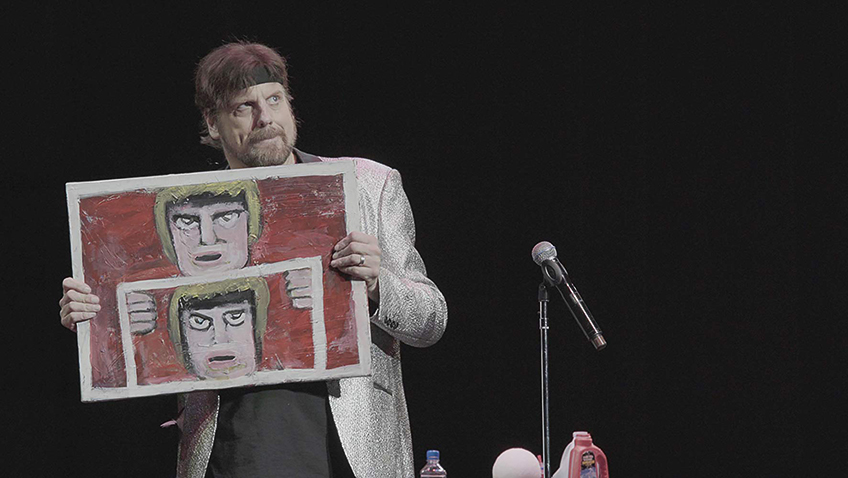 Or, the not so amazing Benjamin Berman documentary

Documentary filmmaker Benjamin Berman wouldn’t be the first director whose documentary was being shot in a real time that he would not have chosen. In some of the best documentaries of the century, including Searching for Sugar Man produced by Simon Chinn, the Oscar winning producer of Man on Wire, and David Farrier and Dylan Reeve’s documentary Tickled, the audience goes on a journey of discovery alone with the filmmaker. If Tom Wardle struggled admirably to make the best of an ongoing story in the otherwise wonderful Three Identical Strangers, Berman’s attempts misfire as he turns it into “The Unamazing Ben Berman Documentary”. 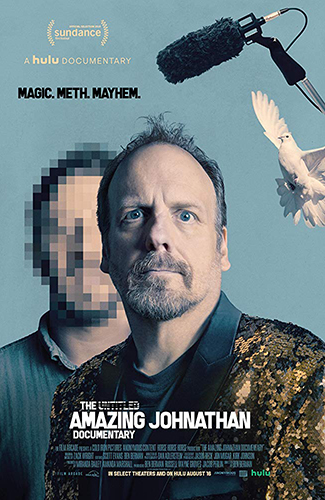 Berman sets out, or so we are told, to make a short, straightforward documentary about the larger than life stand-up comedian/magician Johnathan Szeles. He is famous more for his audience interaction, black humour, gore and hi-jinks than for his magic, which is probably the key to his successful career in Las Vegas from 2001 to 2014.

The documentary begins three years after Szeles’ shock announcement that he would be retiring due to a serious heart ailment that left him with a year to live. As Szeles is known to be a prankster, no one knows what to make of the announcement, and over the course of making his documentary Berman’s doubts increase.

Szeles is bored in retirement and decides to go back on the road for a farewell tour, while Berman provides some background on his subject through archival footage and interviews. In 2014 Szeles married his girlfriend Anastasia Synn, who appears in the film, humouring her husband and trying to tolerate his crystal meth habit.

Just as we are wondering where the film is heading, Szeles casually mentions that there is a second crew and documentary covering his tour, and they are backed by the producer of Man on Wire. Szeles is particularly chuffed that that film won an Academy Award.

Berman believed he has a good relationship with his subject based on trust and friendship and is hurt to learn this news. We are supposed to start laughing when the hapless Berman announces a third documentary crew has moved in – but this one poses less of a threat. The young man in charge of the third documentary is moonlighting from his regular job: juggling chainsaws.

Unfortunately, this turn of events causes Berman to turn inward, and in addition to hearing from his best friend, we find ourselves in Berman’s home in LA watching home movies and hearing about his mother’s death, which he somehow connects to the issue of Szeles’ cardiomyopathy.

This introspection prompts Berman to confront Szeles about whether he is playing him and whether he really is dying. Szeles is visibly annoyed and asks him ‘Are you disappointed I didn’t die in your film’, which is a question Berman probably has to ask himself. Szeles gets up and leaves Berman sitting alone in his living room none the wiser.

Although Berman becomes increasingly desperate (he tells Szeles that he wants to try crystal meth with him on camera and hires a plant to ask questions at a Q & A) this does not translate into tension or heightened interest. Berman’s insecurity is a bore.

Throughout the film we hear about the documentary crew backed by the Oscar winning producer of Man on Wire. This is what impresses the status-conscious showman most, and nothing Berman can do will change that. Or, maybe there is one thing…

It would be a spoiler to reveal a further twist, other than to say that if it is true (and you can find out for yourself by checking the credits) the film redeems itself at the end with an ironic twist during a family birthday party in which Szeles is in a wheelchair. Instead of Szeles giving Berman a successful career boost, the documentary will now enable Berman to give a sick man what he most wanted.