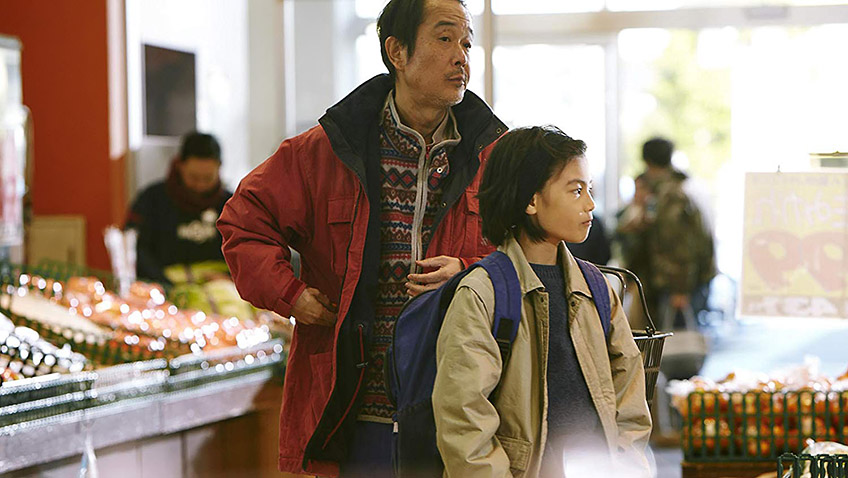 A thought-provoking film, award-winning film from Hirokazu Kore-eda asks what is a family?

There is no shortage of movies about families, especially dysfunctional families, but writer/director Hirokazu Kore-eda’s films not only explore the nature and variety of families, but ask the question, what is a family? This question is all the more important in an era when the married-for-life with a male-husband-female wife-plus-two children model is fast disappearing in Japan – and the rest of the world. Shoplifters

, which won the Palme D’Or at the Cannes Film Festival this year, is Kore-eda’s most radical exploration of the modern family and arguably his most thought-provoking.

In Nobody Knows four young half-siblings from different fathers survive on their own in an apartment when their mother disappears. Two close brothers separated by a bitter divorce want to get back together in I Wish. In Like Father, Like Son, a father learns that the son he thought took after his wife is not their son at all. In Our Little Sister a father’s three marriages have left one of his daughters to find her own family with the father’s offspring from his first marriage. And in After the Storm, a divorced, dissatisfied dreamer with a son he seldom sees has an epiphany about love and family in his childhood playground during a storm. With Shoplifters

, Kore-eda stretches the concept of the family to what might be its limits.

The principal setting of Shoplifters

is a makeshift family’s cluttered, ramshackle, but surprising cosy shack surrounded by shrubbery, surrounded by high rise towers and a few bungalows. This shack is even more downmarket than that of the poor, rural family in Like Father, Like Son, but the seemingly carefree heads of both families are beautifully played by Lily Franky, here, called Osamu Shibata.

Osamu lives with his younger partner Noboyu (Sakura Andô) and Shota (Jyo Kairi), a boy of about 13 (who looks like a girl with his long hair). Then there is an older sister called Aki (Mayu Matsuoka) and a resourceful, feisty grandmother (Kirin Kiki). 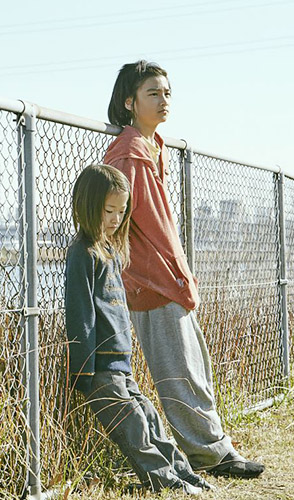 You may be confused at first, particularly as at one point there seem to be two Shotas in the house, but relationships fall into place eventually. The first thing you learn is how everyone ekes out a living, and, as the title suggests, it is not all honest work. Osamu and Shota have been out working, which for this ‘Shoplifting Family’ (the title of the film in Japanese) means a carefully orchestrated and much practiced routine of one person distracting the proprietor and blocking his view, while the other takes the necessities.

Osamu has occasional work on construction sites and his partner also works in a low paid, part time job. The grandmother shares her pension, and resorts to extracting money from her late husband’s family in a confusing scam. Aki who goes by the name of a sister we never learn about or see, Sayaka, works in a strip club posing as a school girl (and is not far off) in a one-way mirror.

In this manner the family make do and certainly know how to cook up a feast every night when they eat mouth-watering meals together. But when, one cold and wintery night, Osamu and Shota find, a seemingly abandoned four-year-old girl shivering on a balcony, they feel compelled to take her home and feed her. Noboyu and Gran object at first to the idea of another mouth to feed, but when Gran spots bruise marks on the girl’s body and suspects child abuse, she changes her mind. They learn her name is Juri (Miyu Sasaki) and as an emotional attachment develops between the two, the family decide it is in Juri’s best interest to remain with them permanently. Why worry about kidnapping when Juri is thriving and even smiling again? There are occasional outings to the beach, no obligation to go to school, new clothes, steady meals and all those gluten cakes that she loves.

As life rolls on we learn more about the individual members of the family. A tender scene in which Aki arranges a private session with one of her fans only to discover he is mute is more than matched by a beautifully shot love scene in which Osamu and Noboyu rediscover the joys of sex on one rainy, warm afternoon when the house is empty. 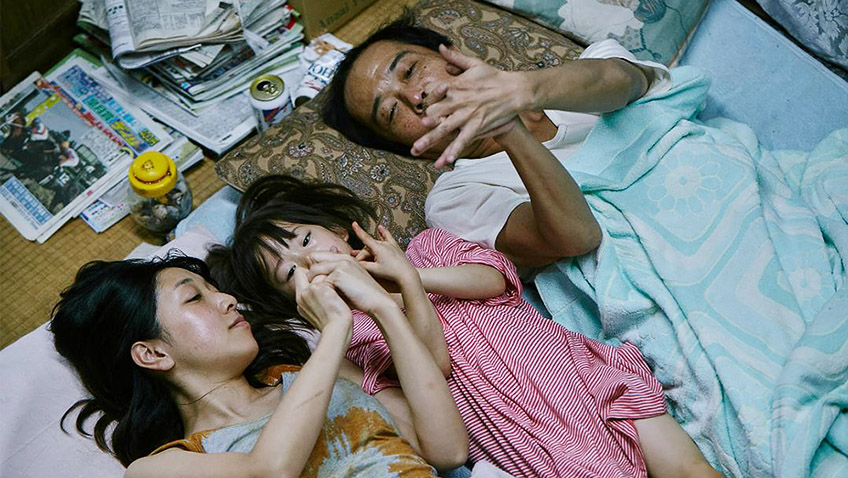 But tensions arise when the family learn that the police are looking for Juri. Their reaction (perhaps panic, perhaps righteous thinking or non-thinking) is to disguise Juri by cutting her hair and renaming her Rin. Rin is soon learning the art of shoplifting, but is also growing accustomed to living in a loving, caring family with a father and mother who never seem to argue or display signs of stress.

We also observe that Shota never calls Osamu ‘dad’, suggesting that his story might not be all that different from Juri’s. And we notice that Shota has no friends of his age or outside interests (probably because he does not attend school). In the last quarter of the film Shota intentionally botches a shoplifting job, setting off a rapidly spiralling series of events and a marked change of style, tone, pace and location.

What we are compelled to consider in all this is to what extent conventional roles and values, and legal conventions matter when there is support and love in a makeshift family. This extended family is a kind of foster family and while it is unsanctioned by the state it is serving a role in society, like unpaid grandparents who serve as baby sitters. In a way it goes back to tribal families where the entire community raised the children. But it is not that simple. There appear to be stolen children and their lax environment might be fun and easier on the children and parents, but is it in the children’s long-term interest?

By the end of the film, when you have figured out just how the characters are related and who the family members really are your heart might be breaking and your preset ideas along with it.