Home / LIFESTYLE / REVIEWS > / FILM REVIEWS / Lovely to look at, Hirokazu Koreeda’s film about a fractured family of females keeps its emotions at bay 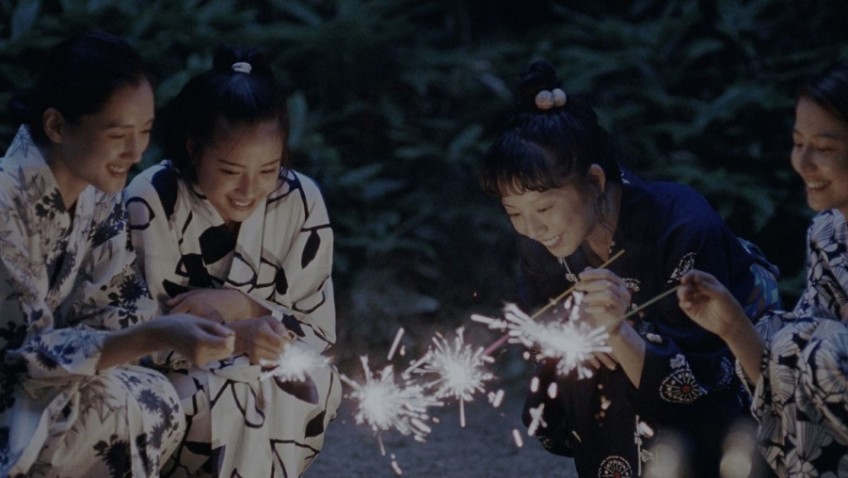 Lovely to look at, Hirokazu Koreeda’s film about a fractured family of females keeps its emotions at bay

In Our Little Sister

, the 53-year-old Japanese director Hirokazu Koreeda has retained the basic elements of his successful tear-jerker, Like Father, Like Son, released just two years ago. Koreeda writes the script, directs and edits, while the images that his talented cinematographer, Mikiya Takimoto bring to life in various well-defined locations help us identify the families and the relationships between the various family members. In this case, the location cinematography will leave you dreaming of catching the next plane to Japan. Koreeda has also continued to focus on the growing complexity and surprising resilience of modern day broken families.

is the fourth film in what is now a group of films (Nobody Knows, I Wish, Like Father, Like Son) that focuses on children growing up with the psychological trauma of feeling unwanted. The story is a fairly faithful adaptation of Akimi Yoshida’s manga, ‘Seaside Town Diary’ and it has the feel of a diary in which what is important and what is not is only realised in retrospect. While there is much to admire in Our Little Sister

, unlike Like Father, Like Son, it’s low-key dramatic narrative and lack of tension prevent us from engaging in the central emotional conflict.

The main characters are all women and girls and Koreeda feels compelled to turn them into gazelles, statuesque, elegant and softspoken. There is the beautiful 29- year-old Sachi (Haruka Ayase) who works as a nurse and acts as the mother of the house; a house left to them by their grandmother. Sachi is in love with a handsome doctor who pleads with her to accompany him abroad. But Sachi, whose own father abandoned his family, seems uncomfortable with the prospect that he is divorcing his wife to be with her.

By contrast to her serious sister, the attractive Yoshino, (Masami Nagasawa), a clerk in a bank, is the party girl, who, when the film opens, is waking up (late) in the bed of a handsome, younger man who does not appear to be marriage material. Chika (Kaho) is 19 works in a sportswear shop. She is fond of her co-worker, a nerdy young man with big hair and a kind heart.

The male characters play more minor roles, as boyfriends. The exception is Mr Kouda, who is dead when the film begins, although he is mentioned quite a lot in less than flattering terms. The verdict is that he was useless and unkind.

The catalyst for the action is, as in many films, a funeral. The four Kouda sisters, who have not seen their estranged father in 15 years, decide to attend his funeral in Yamagata where the father lived with his third wife. They are met at the station by Suzu (Suzu Hirose) a beautiful 13-year-old, whose mother caused them, and their own mother, so much heartache and turmoil. But Suzu’s mother died, and her father married Youko, who has her own family. Suzu loved her father when they lived with her mother in Sendai, but has been very unhappy in Yamagata.

During their short time in Yamagata, the three sisters grow fond of Suzu. Sachi, in particular, sees in her much younger half-sister a kindred spirit. Like Sachi, Suzu is studious, giving and serious. She is also a kind of nurse, having nursed their father during his dying months when the selfish Youko was, they conclude, all but useless.

When Suzu sees them off at the train station after the funeral, Sachi impulsively invites her to live with them. All three sisters work for a living, she rationalises, and they can provide for Suzu.

Though an aunt reminds Sachi that Suzu is ‘the daughter of the woman who destroyed your family’, Sachi sees only a beautiful, unhappy little girl (perhaps like herself long ago) who beaers no responsibility for her parents’ decisions. Suzu, though, feels the guilt and is convinced that, ‘wherever I lived, I was hurting someone.’

The sisters always considered that their father was ‘unkind and useless’. But as Suzu becomes a part of their close knit family, the sisters start to re-evaluate whether a man who has given them such a gift can really be remembered that way.

When we think of Japan we think of a tiny country with a huge population, and, of course, high-density Tokyo. Our Little Sister

shows us another side to the country. The sisters live in an old-fashioned, sprawling family home surround by nature and the sea. The women sit on their steps drinking plum wine made from their plum trees in their garden, a handed-down recipe. Everywhere, the women are bathed in sunlight.

While Our Little Sister

is arguably the most visually soothing of the series, bathed in pastels and sunlight, it is also one of the more dramatically anaemic. The children in this film are all grown up and seem to be doing well, despite their family problems. The exception is Suzu, but even with Suzu, we do not experience the trauma of separation, we only hear about it second hand. While we can understand the conflict on an intellectual level, it is difficult for us to engage with the psychological and emotional struggle at the heart of the film.