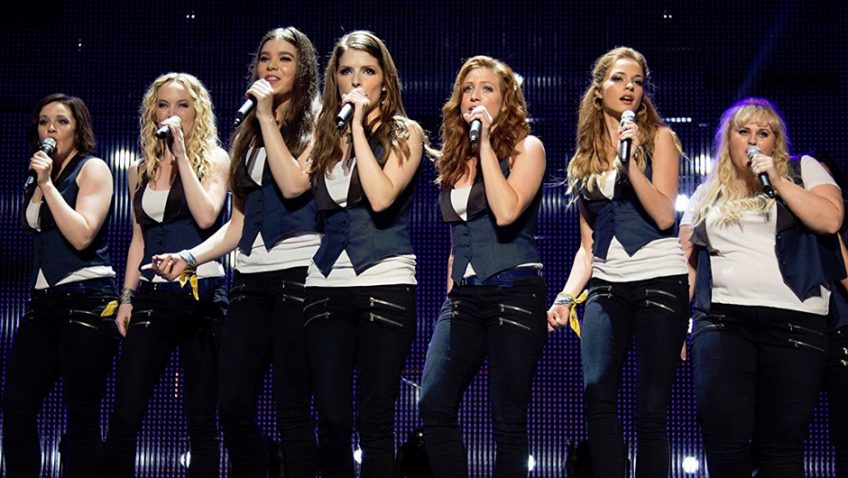 Too many flat notes

That there are not any Christmas carols in this Christmas release is not surprising, but what is disappointing is that there’s not much good music or good cheer either. The plot includes an estranged father (John Lithgow) who tries to kidnap his daughter Patricia (Rebel Wilson) for her $170 million trust fund. In Pitch Perfect 3

, father issues and boyfriend issues fail to fill the gap that competitive singing once held in this musical trilogy.

Kay Cannon’s scripts for Pitch Perfect 1 and 2, directed by Jason Moore and producer/actor Elizabeth Banks respectively, were based on journalist and editor Mickey Rapkin’s Pitch Perfect: The Quest for Collegiate A Cappella Glory

, an account of his year covering these competitions. While lead actress, Anna Kendrick was already 27 when cast as a college freshman in the 2012 original, and Rebel Wilson and Anna Camp had reached 30, they could just about get away with playing college girls. There is no ‘based on’ credit for Rapkin in Pitch Perfect 3

and Cannon, with new director Trish Sie are lost at sea without that anchor.

The story is told in flashback form, beginning with The Bellas awkwardly entertaining three male gangster types on a yacht. Suddenly Fat Amy (Wilson) crashes through the roof spraying a fire extinguisher at the men just before a bomb goes off. The girls jump overboard, Amy and Beca (Kendrick) last. The caption ‘3 weeks earlier’ leads us back to the sinuous path that led the group to this situation.

The close-knit group who once sang competitively on the collegiate circuit are now struggling in the real world, with little hope of a paid reunion. Demand for a capella music is zip and everyone but Patricia (AKA Fat Amy) has resorted to regular employment.

That said, Beca Mitchell (Kendrick) has just quit her record producing job after arguing with an uncompromising young musician-client with braces on his teeth. When Beca breaks the news to Amy, her roommate, and suggests that Amy could get a job for a change, Amy replies that Beca must still be in a state of shock. 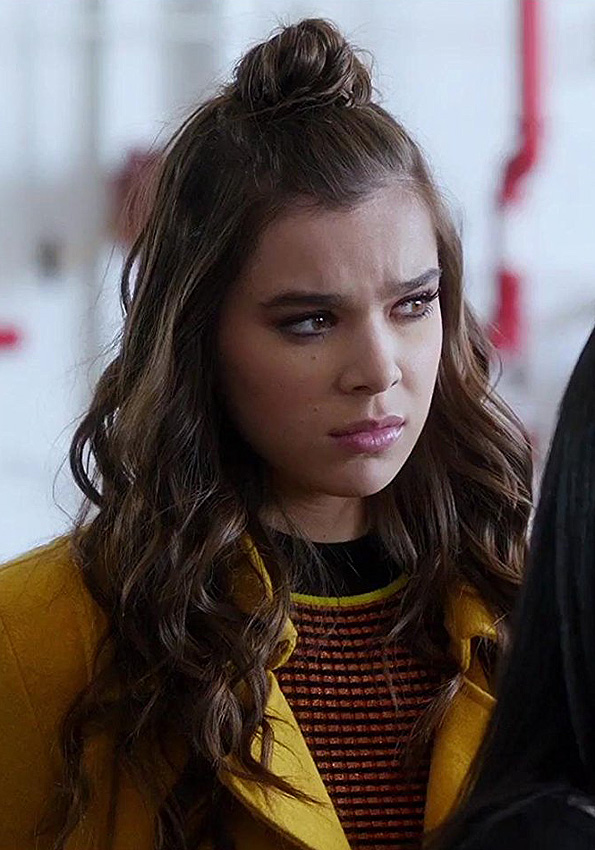 Then one of the group gets a tip that the USO (United Services Organisation) – the non-profit organisation that provides entertainment to the US armed forces and their families – are recruiting for a European tour. The girls are all game for a reunion but with Stacie (Alexis Knapp) about to have a baby, Emily (Hailee Steinfeld) fills in.

Upon arrival at the base, they meet with competition from a girl group called The Ever Moists (it’s that kind of movie) who write their own rock ‘n roll/pop music and play their own instruments, although there do not seem to be many other competitors. There is an improvised sing-off, but this is the last we really see of any competition.

Instead, we learn that Aubrey (Anna Camp) is heart broken when she does not hear from her father, a high ranking US military official; and Amy has mixed feelings when she does hear from her father, although she brags insensitively about their reunion to Aubrey. It turns out that when Amy does get together with her father (Lithgow), her suspicions about his motives for planting a teddy bear on her pillow are confirmed. This prolonged sub-plot is ridiculous, as opposed to funny, as is Amy’s ability to fight off her father’s burly security guards with her obviously fudged martial arts and her bulk.

Chloe (Brittany Snow) falls madly in love with a handsome soldier nicknamed Chicago (Matt Lanter) and Lilly (Hana Mae Lee) falls for a singer (one of the competition) before shocking the group by talking for the first time (although she has nothing much to say).

Beca is not without a love interest, although, as in the last two Pitch Perfects, she does not really seem interested in him. Theo (Guy Burnet), nonetheless, seems to be a perfect catch as he’s single; a record producer; and is not only attracted to Beca, but admires her talent for musical arrangement. What’s more, he has the ear of celebrity performer DJ Khaled (as himself), who is heading the USO tour, and he pulls strings for Beca. When DJ Khaled hears Beca’s lacklustre arrangement, he wants to hire her as his front act – without the Bellas. The crisis for Beca is whether to seize the opportunity of a life time or remain loyal to the group.

The slick choreography that just about saved director Trist Sie’s 2014 film Step Up All In) is absent here and Christopher Lennertz (whose credits include Sausage party, Bad Mom’s Christmas and Baywatch) does not produce music that wins competitions.

It’s a shame that this likeable trilogy could not sustain itself and go out with a bang, rather than a whimper. There is surely a lot of comic potential in the trials and tribulations of graduates in the real world who are unable to part with their college lifestyles and memories.