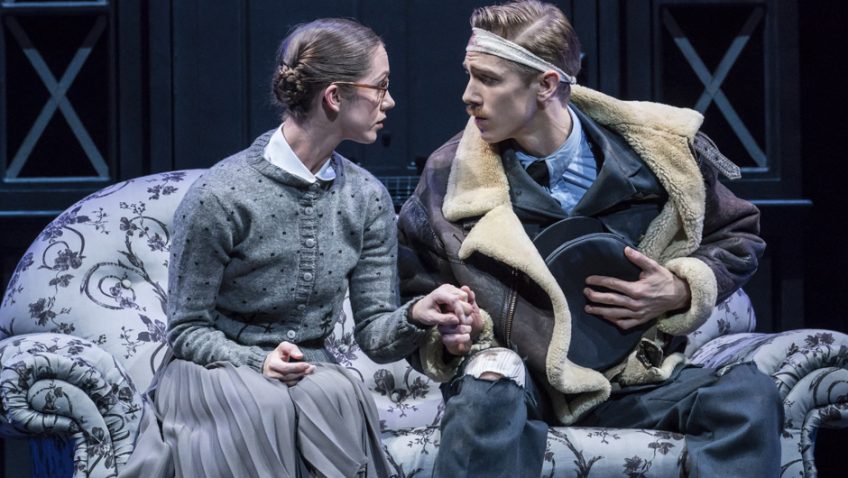 Cinderella has been popular Christmas entertainment ever since the very first spectacular production in 1830 at Drury Lane.

Given a choice which would you prefer? A ballet to a score by Prokofiev? An opera by Rossini? A musical by Rodgers and Hammerstein? An animated cartoon by Walt Disney? A film by Kenneth Branagh? A traditional pantomime with Julian Clary as Dandini?

A lot of people this festive season will be opting for Matthew Bourne’s ballet and spectacle with set and costume design by Lez Brotherston. 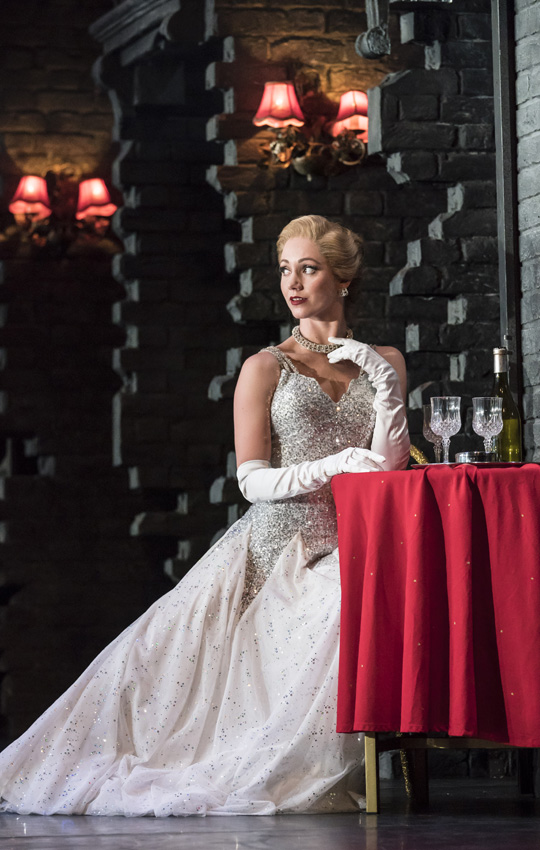 Bourne’s Cinderella, which premiered in the West End 20 years ago, is set during the height of the London Blitz in 1940. The inspiration to do that came from his knowledge that Prokofiev’s score had been written during World War 2.

It’s a great pity that the pre-recorded music has been deliberately over-amplified to create a cinematic surround sound. I felt like Gulliver did when he was listening to an orchestra in Brobdingnag.

As the audience waits for the performance to begin sirens blare and low-flying bombers roar loudly overhead. The front-drop is a famous Picture Post photograph of St. Paul’s lit by searchlights and the burning city. There is an enormous silver shoe lying in the rubble.

The production opens with authentic newsreels of the Blitz.

Cinderella (Ashley Shaw) is a mousey girl who wears spectacles. She has a stepmother, three stepbrothers and two stepsisters, all caricatures. Her daddy is in a wheelchair.

A shell-shocked pilot (Andrew Monaghan), his head in bandages, staggers into the house and is shown the door. Cinderella goes in search of him. She loses not only her shoe but also her virginity and her mind.

Act 2 takes place in the Cafe de Paris, “the safest and gayest restaurant in town, 20 feet beneath ground”, which received a direct hit.

Bourne’s air raid, with London on fire and buildings crashing, is a very good example of the sort of “sensational scene” which Victorian theatregoers loved and which Dion Boucicault regularly provided in his plays.

Cinderella is one of the casualties of the air raid. In her delirium she imagines the wounded pilot and she are transformed into film stars and they waltz around like Anna Neagle and Michael Wilding used to do in British movies.

Bourne loves movies and there are references to A Matter of Life and Death, Waterloo Road and Brief Encounter. The wicked stepmother (Michela Meazza) is modelled on Joan Crawford. She is so wicked she tries to smother Cinders.

There is no Buttons in Bourne’s version. And there is no Fairy Godmother, either. Instead there is a Guardian Angel, a Wim Wenders Angel of Desire/Death. The Angel (Liam Mower) is much the most interesting character.

Bourne stretches a two act ballet to three acts. There is too much meaningless dancing for dancing’s sake in the Café de Paris. Ashley Shaw and Andrew Monaghan’s most popular moment is when Cinderella dances with a tailor’s dummy, which is transformed into her Pilot-Prince. The company’s dancing curtain-call also has considerable charm and Liam Mower is allowed a solo turn within its framework.