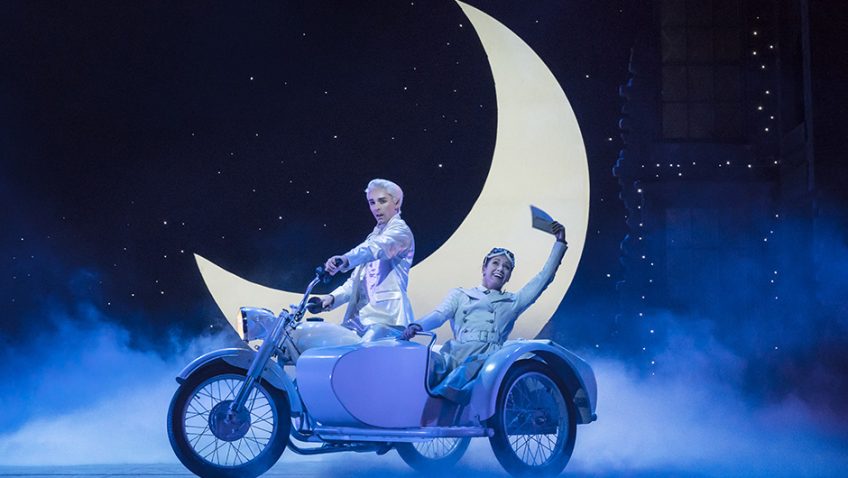 Cinders in the Blitz

Most of us will be familiar with the fairy story of Cinderella; the downtrodden girl; the domineering stepmother; the loathsome ugly sisters; the fairy godmother and the handsome prince. The melodic and romantic music of Prokofiev’s ballet will also be familiar to some. What we probably don’t expect when we think of Cinderella is searchlights, air raid sirens and bomb blasts.

Sergei Prokofiev composed his famous ballet Cinderella during the early 1940s, against the backdrop of WW2. Matthew Bourne feels that this dark part of our history is captured within the score, and in this production, he sets this famous fairy story during the London Blitz. 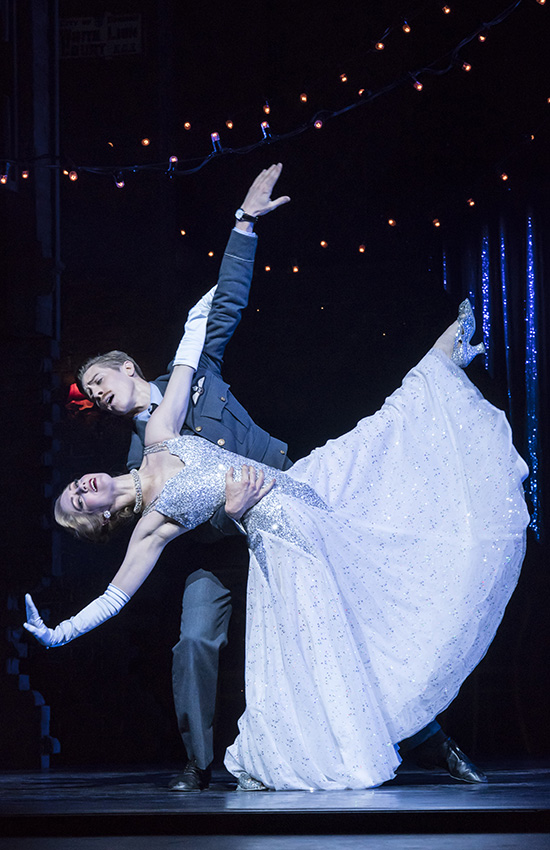 From the opening scene, including some Pathé Newsreels, we are transported back to wartime Britain, and the scene and the atmosphere is set. There are nods to the wonderful films ‘A Matter of Life and Death’ (1946) and Waterloo Bridge (1940). The real life destruction of the Café de Paris in 1941 – the famous Soho nightclub, popular with the rich, famous and influential –provides the venue for the ‘ball’. This production has the feel of a real wartime romance; chance meetings, a magical encounter, falling in love, forced separation and joyous reconciliation. This is a grown up version of the classic fairy tale with real emotions, dramatic longing and combined with the horrors and trauma war. We see the seedy underbelly of a war torn city and the ugly side of human nature, but it’s not all doom and gloom and there are some very witty and humorous moments, brilliantly conveyed by the cast.

The cast of characters is as expected, with a few inventive twists. Cinderella remains a drab, vulnerable girl living with her odious family; our handsome prince is now a battle scarred and shell-shocked RAF pilot; the wicked stepmother is wonderfully arrogant, cruel, glamorous and narcissistic; a real nasty piece of work! Instead of a fairy godmother we have a male angel directing the action, although who he is, where he fits in and why he’s looking after Cinderella is not clear – although that hardly matters. Cinderella’s stepsisters and stepbrothers are a scheming, lecherous, self-centred bunch. Happy families this is not.

When we saw the performance at the Bristol Hippodrome the dancers were: Ashley Shaw as Cinderella, who danced with both girlish charm and real adult emotion; Dominic North danced Harry the pilot with finesse and really conveyed the pilot’s anguish; Madeleine Brennan was just superb as the vicious step mother – with a real, almost sinister, engaging presence on stage; Liam Mower danced the mysterious, magical angel in spectacular fashion. As you would expect, the choreography is inspirational; the ball is a fabulous meld of modern ballet, 1940s jitterbug with a smattering of American smooth.

The performance is without doubt intoxicating. A mesmerising, magical, tour de force with a highly professional team of dancers on the top of their game; clever, dazzling sets; a marvellous score; fabulous costumes and stunning choreography – a real triumph.

If you love dance then don’t miss it. If you’ve never been to a ballet before, then please go and see this. Highly recommended. 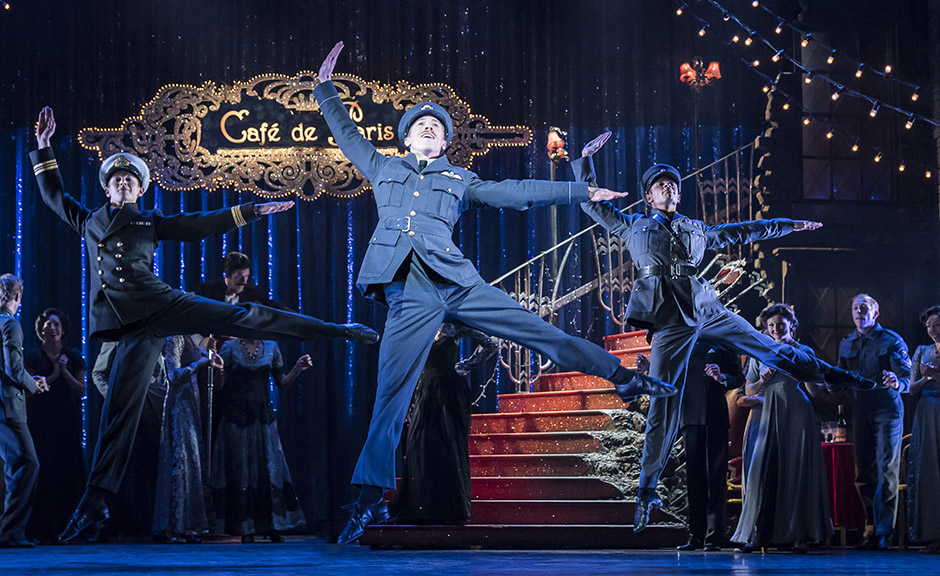