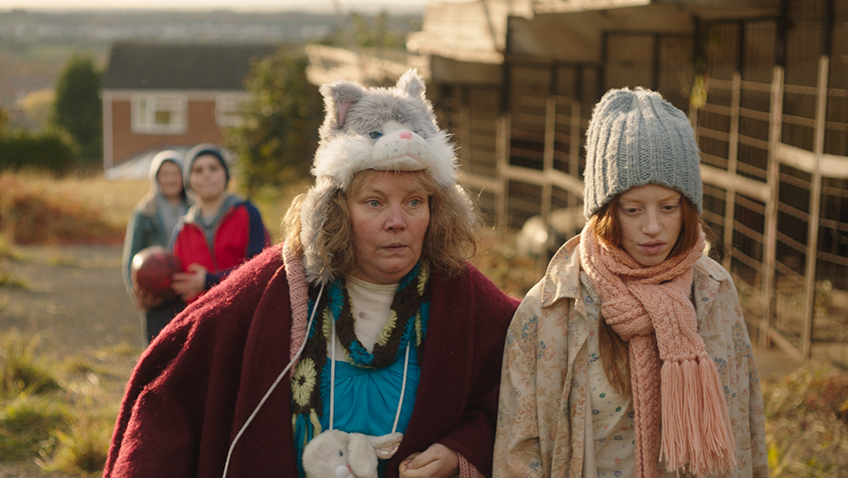 Mother-daughter films are nothing new and hardly rare, but in Deborah Haywood’s poignant feature debut single mother, Lyn (Joanna Scanlan) and naïve daughter, Iona (Lily Newmark) are like a couple of pin cushions, pierced all over by words and deeds as sharp as knives. You know before they say it that this couple of misfits has moved before, like the peripatetic misfits Lennie and George in Steinbeck’s Of Mice and Men

. And like those two ranch hands Lyn and Iona have a mutually protective relationship and share a dream. This painful, unflinching portrait of what happens when two vulnerable people are engulfed by bullies is devastating, but also contrived and self-conscious as it spreads the misery on thick. 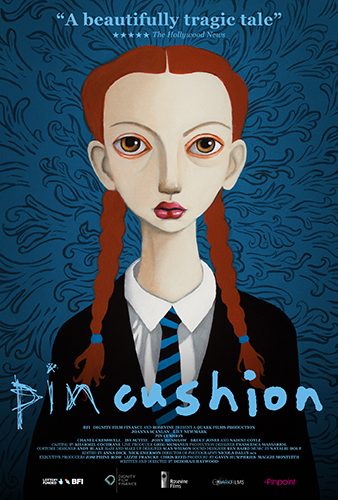 Dressed in crusty, charity shop hippy-unchic, redheaded, unkempt and overweight Lyn and thin pale, wide-lipped, redheaded Iona dance joyfully when they arrive at their modest new digs with Lyn’s ‘son’, Budgie, her Australian parakeet for the past 27 years. This time they will make a success of their lives and Iona will make friends.

But from the moment Lyn steps off the truck that gives them a lift into town, the camera focuses on her shoe to indicate a club foot, although you cannot miss her limp. She is also hunchback with a look of constant fear in her eyes. A local boy ensures that Lyn overhears him call to his mate, ‘imagine if your mum looked like that one,’ before throwing a rock at her back.

Lyn is already depressed and might realise that you bring your baggage with you wherever you travel. Iona plays mother, reassuring Lyn that that everything will be better after a nice cuppa. When Lyn admits that she forgot to buy milk, Iona ignores her mother’s protests and ventures out on her own. And instead of the anticipated attack, at the shop she meets Daz (Loris Scarpa), and the attraction seems mutual.

All smiles, Iona looks great in her uniform, but the first day of school does not bode well. Keeley (Sacha Cordy-Nice), Chelsea (Bethany Antonia) and Stacie (Saskia Paige Martin) are the popular, nasty girls of the school and they pretend to befriend Iona, the better to bully her. Iona begins to fantasize about her friendship with the girls and about having a normal, but exotic mother who is an airline stewardess. Sensing that the harpies do not approve of Daz, she ditches him with excuses. 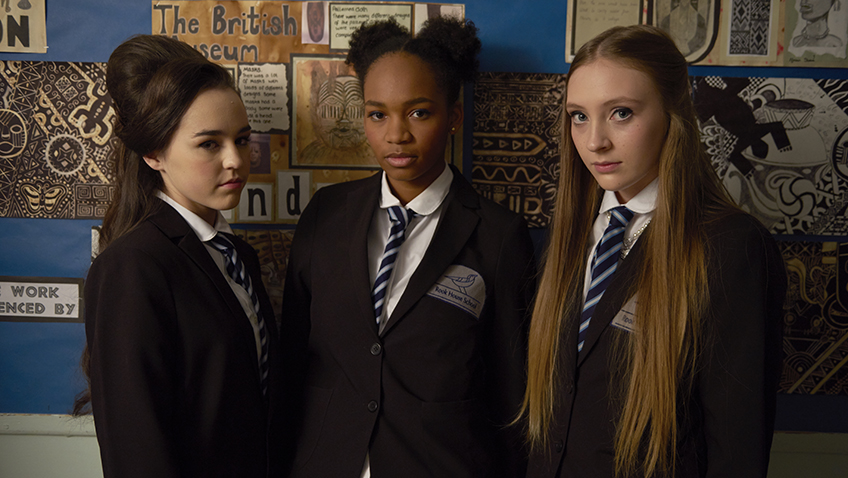 Lyn does not dare to interfere with her daughter’s friendships, even when they begin to drive a wedge between the two. At least she has her ‘son’, Budgie. Iona insists on having her own room (which is certainly healthier than sleeping in her mother’s bed), when she starts wearing make-up and staying out late, Lyn becomes concerned. She decides that she needs her own friends.

It is, ironically, by joining a Friendship Group that Lyn is given a taste of what her daughter is going through at school. When neighbour Belinda (Chanel Cresswell) comes by asking to borrow a ladder, Lyn sees it as the beginning of her first friendship and gives Belinda the very ladder she is using to paint the bungalow. Without as much as a smile of recognition, let alone gratitude, Belinda appropriates the ladder.  Even one of Lyn’s home- made cakes will not persuade her to return it. Lyn is driven to attend an assertiveness course to give her the skills to recover the ladder, but is just as quickly asked not to return when she upsets the group. 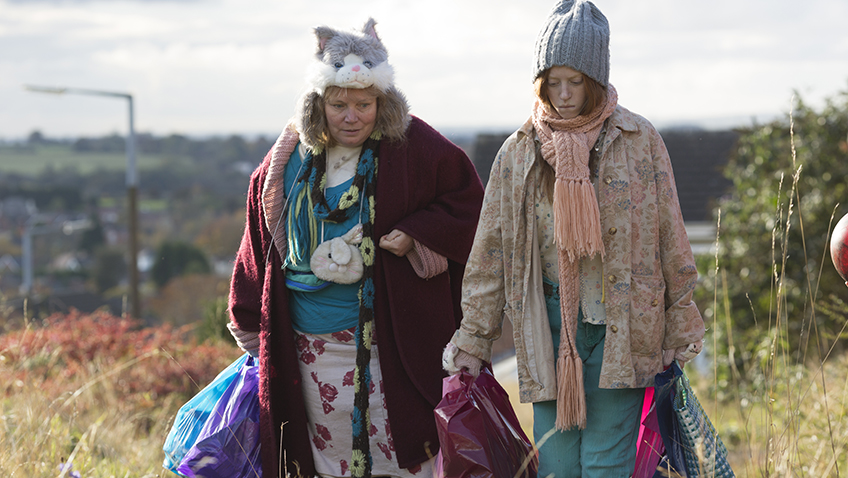 As we have seen in countless coming of age films, most recently the Academy Award nominated Lady Bird, outsiders who are desperate to belong sell their souls and ignore their moral compasses for the chance of acceptance by the in-crowd.

Eager to belong, Iona invites her new school friends to her house for a party while Lyn waits outside on a park bench. 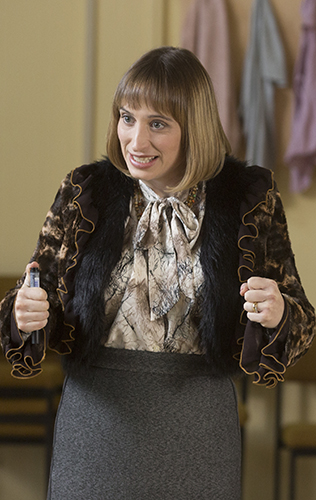 Lyn returns home to find her living room strewn like a battle field with her beloved knick-knacks destroyed, vomit everywhere, broken glass and  something far worse.

Distraught, Lyn attends an evening with a psychic (Bruce Jones). He tells his audience the parable of a bullied child who committed suicide but remains with her parents because: “there is no such thing as death, only transformation” and promises Lyn a big white cat as if she were a character in Wonderland.

That Pin Cushion is a horror film takes you by surprise. It begins with pitiable close-ups of Lyn, stripped of any self-esteem and with lots of British whimsy. You almost expect Social Services to come and put the two into care and by the end you almost wish they had.

But by the half-way point the cosy, comforting connotations of a pin cushion are what have transformed. Hayward allows us room to colour her film with our own darker echoes: Brian de Palma’s Carrie (note the physical resemblance Newmark and Sissy Spacek); the unsettling family life in Yorgos Lanthimos’s The Killing of a Sacred Deer or perhaps Julia Ducournau’s Raw, another feature debut from a female director, about two sisters from a dysfunctional family who attend a gothic-styled veterinary college. And as both mother and daughter recede into their fantasy worlds, it is increasingly difficult for them, and the audience, to get a handle on the unsatisfactory ending.

Haywood’s characters, and the extent of their bullying are intentionally extreme as she seeks to differentiate Pin Cushion from dozens of films that deal with prejudice and bullying. If Pin Cushion fails to have the visceral impact as a Carrie or a Raw, it might be because Hayward has not yet come up with a cinematic style with which express her ideas.