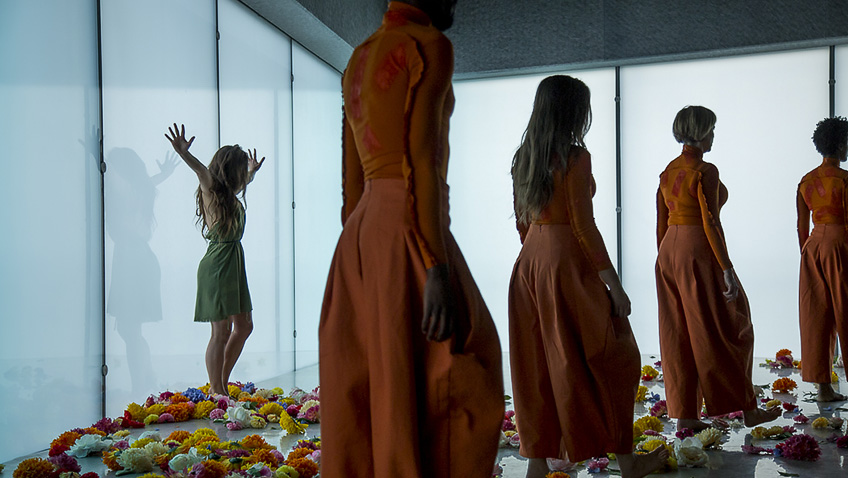 A dancer, her family and a dying grandmother throw up weighty issues

Mari is the first name of the film’s eponymous grandmother (Paddy Glynn) who, throughout all but 30 seconds of the film, is seen lying on her back, on her death bed. We never hear her speak, but we hear her struggling to breathe. This is clearly a film about the impact of a death on a family, but there is scope for it to have more about Mari, too. 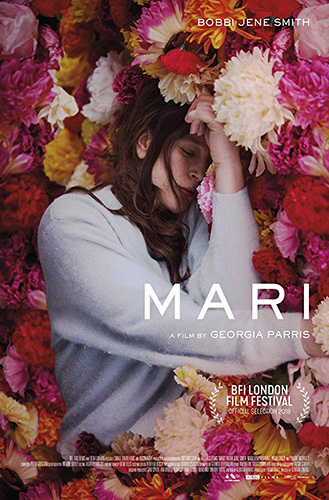 About ten minutes before the end of the film, Mari’s granddaughter, Charlotte (dancer/choreographer Bobbi Jene Smith), is disturbed by a dream and wanders through the house-turned-dance studio where, at her final stop, she performs a thrillingly sensual, raw and powerful solo in a revealing green costume. It is the first time that we Charlotte’s beautiful body and the first example of truly exciting choreography. Charlotte, we discover, is dancing for Mari, who is sitting on a chair, smiling.

If this brief scene is all you take away from Mari, you’ve taken what there is to be taken from this family relationship film that never really engages us until that epiphany. That scene is then followed by a silent, anti-climactic walk through Sherborne Abbey and aside from the obvious associations between death, prayer and churches it has little emotional resonance.

Mari begins with a modern dance rehearsal (choreographer Maxine Doyle) and we notice that Charlotte, a dancer and choreographer, is responsible for the company’s next show. We also notice her particular closeness with a male dancer in the troupe.

Rehearsing an exercise based on trust (where a female dancer falls forward into the arms of a partner on the ground), she receives the call that no one days away from their first big break wants to get. Her grandmother, Mari, is dying in her Dorset home where Charlotte’s mother, Margot (Phoebe Nicholls), sister, Lauren (Madeleine Worrall), brother-in-law, Rohan (Peter Singh), and her young nephew are keeping vigil over the speechless, old woman.

During Mari’s last few days on earth, tensions between mother and daughter erupt as do bitter signs of sibling rivalry, particularly from self-righteous Lauren. When Charlotte checks in with her temporary replacement at the dance company, she is annoyed that her instructions have been ignored. Charlotte then has feelings of guilt for not being there, and for not having shown more interest in Mari’s paintings or in her life. Elsewhere, Charlotte’s absence from the heart of the family due to work has created some resentment.

But what preoccupies Charlotte above all is her positive pregnancy test. While presumably deciding what to do about this news, Charlotte smokes and has a few glasses of wine. This child is clearly bad timing.

‘Do you have a boyfriend?’ Margot asks her daughter one night.

‘I’m having sex,’ Charlotte answers, describing her lover as a dancer in the company who is around 20 or 25.

When Rohan and Charlotte go jogging, he reveals the couple’s secret, perhaps to explain his wife’s sanctimonious conduct. Lauren has had miscarriage, a tragedy that the couple were, for some reason, not announcing until a future date. Rohan discovers that Charlotte is pregnant and seems to have shared this news with Lauren. This news gives Lauren an opportunity to become even more high-minded. 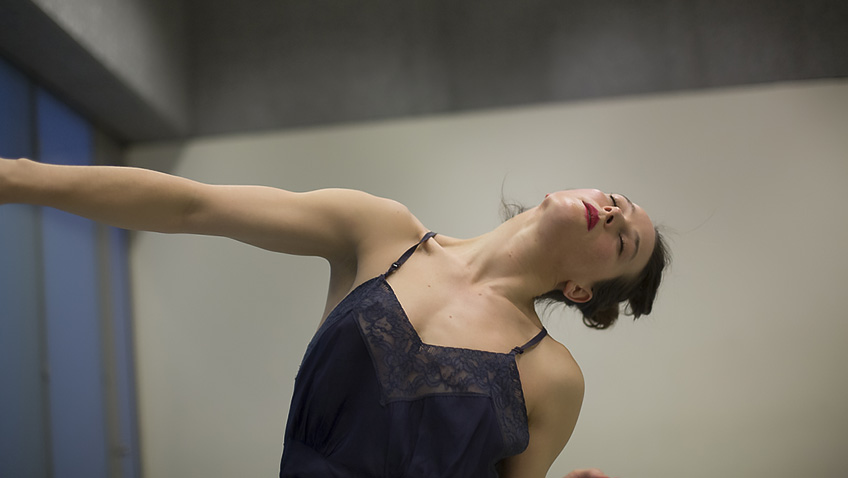 Bobbi Jene Smith is an extremely watchable, charismatic presence more than an expressive actress. She has appeared in Alex Garland’s (writer of The Beach and 28 Days Later) film Annihilation, and danced for Israeli’s Batsheva dance company for ten years. If you have ever seen the company (they performed in last year’s film Entebbe), under the artistic direction of Ohad Naharin, you might see something of their style in her movements.

The themes of death at birth, the natural death of an old lady and new life through birth are not very original or subtle, and they hover above the drama with a big, ‘yes, that’s how life works’ tag on them.
First time script writer/director Georgia Parris falls into the trap of many writers of family dramas by conceiving the emotional payoff first, without building the story that earns that pay-off. The poor audience has to do some method acting to catch up with the actors who are feeling a lot more than we are.

Every filmmaker should watch Kenneth Lonergan’s movies You Can Count on Me, Margaret, and Manchester by the Sea before embarking on a family movie. Lonergan ensures that you have invested enough in his beautifully drawn characters to be laughing and sobbing with them. By the time Lonergan’s characters face their conflicts and moral dilemma we are so involved in their lives that we are facing that dilemma with them.

It is hard to care one way or another about the rather ordinary family in Mari, and you have to wonder why no one seems to know about or talk about Mari’s paintings, one of which hangs on the wall as a constant reminder. Presumably, Charlotte’s bond with Mari is tightened by their shared passion for the arts. Mari seems to have had a career and a child, but we do not know how successful she was as an artist or a mother, or what, if anything, she sacrificed.

Still, it is a sign of how little an audience really needs that when Charlotte whispers, ‘thank you’ to her grandmother, who now unable to hear her, we remember that thrilling dance solo and, with a rush of emotion, we know exactly what she means.