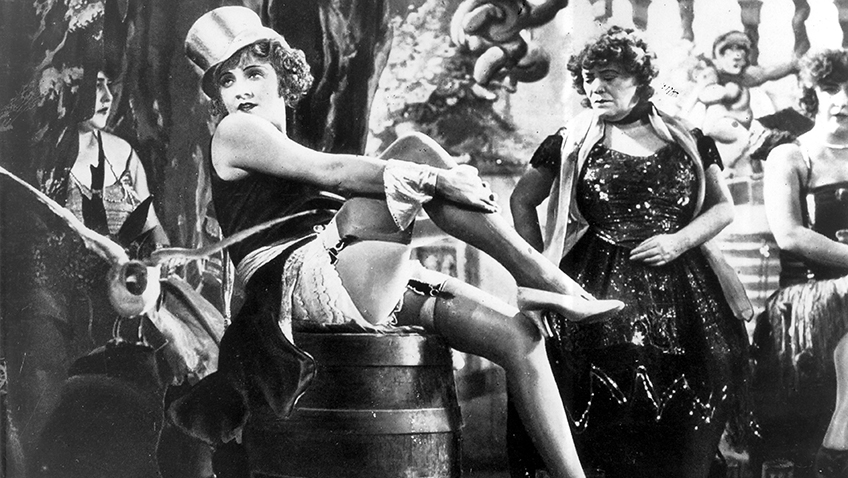 This year marks the centenary of the Weimar Republic and both the Tate Modern and the BFI have been celebrating it. With the Weimar’s association with the rise of Hitler’s National Socialist party, it is not something most right-minded people would wish to celebrate. But the art in the Tate Modern’s Magic Realism exhibition and the Weimar films at the BFI are another story. The story they tell is one of a torn, crippled, resentful, physically and emotional scarred nation struggling to recover from one disastrous war and headed for another. As part of its Masters of Cinema series, Eureka Entertainment is re-releasing Josef von Sternberg’s 1930 tragedy, The Blue Angel

), the film that launched the career of Marlene Dietrich and one of the most fruitful director/actress relationships in cinema history.

In 1929, after a string of box office disappointments, Sternberg was at a crossroads when Paramount’s affiliated studio in German, UFA threw the director a lifeline. The previous year, Sternberg had directed German actor Emil Jannings in his last silent film (The Last Command) and Jannings became the first (and only) German actor to win an Oscar. Jannings looked to Sternberg to give him a second Oscar in his first sound film, but, in a case of life imitating art, it was Dietrich who stole the show.

(Professor Filth), a critique of the hypocritical morals of the German middle-class. Like Shakespeare and Alfred Hitchcock, Sternberg (with Mann’s permission) set about changing the source material and, in this case, altering the original almost beyond recognition.

The challenge was casting the central femme fatale: the fiercely independent, free spirited cabaret singer, Lola. Producer Erich Pommer was convinced she had to be a singer and his (and Janning’s) first choice was Lucie Mannheim. Sternberg held out for a more glamorous woman, eventually signing a contract with the stage and screen actress Käthe Haack.

Not long after, Sternberg, Erich Pommer and co-writer Robert Liebmann were having a production meeting when a receptionist announced the arrival of a young lady with a letter of introduction from a wealthy textile manufacturer. You can imagine eyes rolling as the gentleman’s letter asked the filmmakers to find the 28-year-old aspiring actress a small part in their new picture. When Marlene Dietrich walked in, Sternberg jumped up and exclaimed, ‘Erich, this is Lola!’

What Sternberg saw in Dietrich was not apparent to everyone. The director had to groom a second-rate actress into Lola, and hire a voice coach as she could not sing. 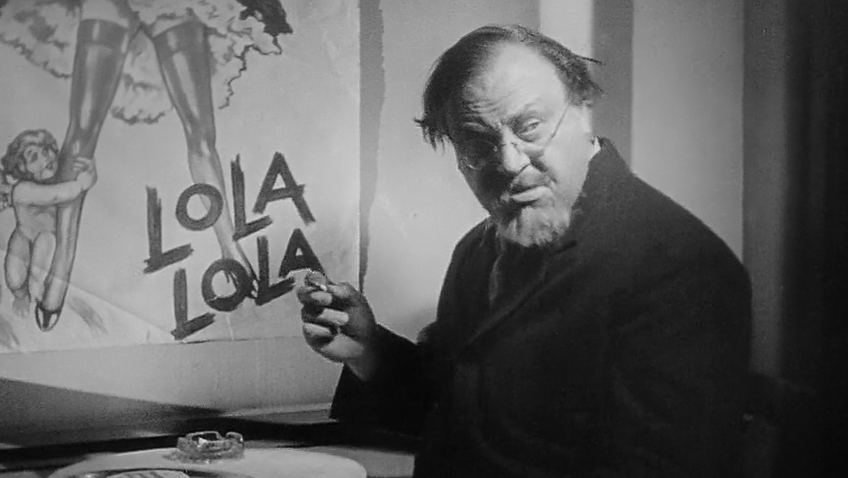 Emil Jannings in The Blue Angel

As for Ms Haack, she graciously declined to sue the production company and went on to enjoy a long and prolific career on stage and screen and died at the age of 88. Sternberg went on to make six more films with Dietrich in the next five years.

The plot describes, in painful stages, the downward spiral of respected college professor Immanuel Rath (Jannings). A stuffy and plodding man, set in his ways, Rath lives alone with a house-keeper who complains that the place stinks of tobacco. His entire life is teaching his young, male students who mock him. As his name means filth or garbage in German, the possibilities for mocking are endless. There is however, another side to the man who blows his nose loudly before the class each morning, and has appointed himself moral guardian to the boys.

One morning Professor Rath begins singing at breakfast to his songbird and notices it is not responding. He is saddened to discover the little bird is dead, although the house keeper recalls she has not heard the bird for some time. The next time we hear a bird chirping in a cage is when the professor finds himself in the bedroom of the seductive cabaret singer, Lola. This might be an expressionist film, but there is plenty of symbolism as well. There are also doubles. Not only the song birds, but look out for clowns. 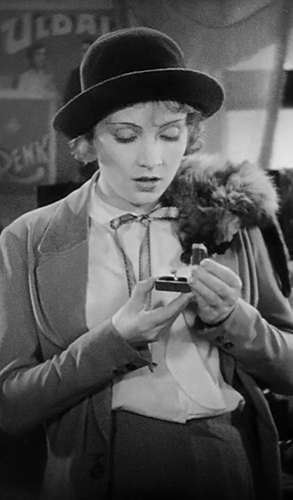 Marlene Dietrich in The Blue Angel

The self-righteous Jannings learns that certain boys in his class have been frequenting a den of iniquity called The Blue Angel. In the interest of saving their souls, he pays the establishment a visit. He not only finds the boys and sends them running, but he discovers the source of their attraction to the place: Lola.

Kiepert (Kurt Gerron), the head of the cabaret troupe, and the company magician, encourages Rath to stay, as the more champagne customers buy for the girls in the act, the more money Kiepert makes. But Lola is touched when Rath defends her honour, and when Rath proposes to her, she bursts out laughing, but accepts. Lola has awakened in the older man a sexual desire he has never known and loses perspective. When the travelling cabaret returns to Rath’s town five years later, Kiepert cynically forces the broken man to go on stage as a clown in his magic act.

Lola sings the iconic song known as ‘Falling in Love Again’ three times in the film, and each time her body language (the raised and crossed leg position in the film and on the poster was the result of much deliberation and trial and error) and voice send out a different message to the hapless professor and to the audience. But in the original German song, composed by Friedrich Hollaender, ‘love’ to paraphrase Tina Turner, has nothing to do with it. The German lyrics are significantly more carnal and less romantic, beginning ‘I am, from head to toe ready for love.’

Though English lyrics, written by Sammy Lerner, soften the character of Lola and are at odds with the narrative, there is no mistaking the painfully cruel and cynical Weimar stamp of the film, which is easier to admire than to enjoy. Sternberg returned to Hollywood with Dietrich, who became a star, while Jannings’ career faded. Dietrich continued to play Sternberg’s femme fatale, but The Blue Angel

is their only Weimar masterwork.