Home / LIFESTYLE / REVIEWS > / FILM REVIEWS / This may not be Fatih Akin’s greatest film, but it is Diane Kruger greatest role 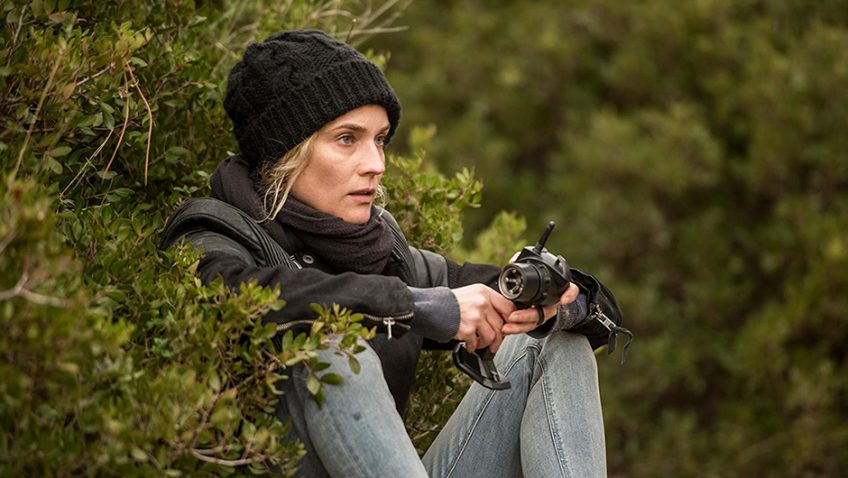 This may not be Fatih Akin’s greatest film, but it is Diane Kruger greatest role

. The film won the Golden Globe for Best Foreign Film and Diane Kruger won Best Actress at this year’s Cannes Film Festival. Writer – director Fatih Akin made a great film in 2007, The Edge of Heaven, and three years before that, a masterpiece: Head-On. Akin, a German of Turkish descent uses his films to explore the nuances of cultural divides as well as injustices. If this character trait created the poignant, insightful and even humorous culture clashes in Head-On and The Edge of Heaven it led to the worthy box office flop about the Armenian genocide in 2014’s The Cut. And it tends to undermine some of the potential and superb craftsmanship of In the Fade

. Nothing, however, can detract from Diane Kruger’s outstanding performance.

We may be in a German prison, but drug-dealer Nuri Sekerci (Numan Acar) is dressed in a white suit and being cheered down the corridor by his fellow inmates. He prances into the arms of his beautiful German wife Katja (Kruger), an ebullient, peroxide blond, in a cheesy white dress. Fast-forward five years when Katja drops off her adorable five-year-old son Rocco (Rafael Santana) at his dad’s office so she can meet her pregnant, best friend Birgit (Samia Muriel Chancrin) for a sauna.

We recognise Nuri from the prison scene. Now an entrepreneur he embraces his family with love and joy. Nuri appears to be rehabilitated. He has studied business administration, and now runs a translation and tax office in a mixed-race neighbourhood of Hamburg. Katja warns her son not to spend too much time in front of his dad’s computer, as though that is the extent of any mother’s immediate concern for their child’s wellbeing.

On the way to her car, she notices a young woman with a bicycle and a black parcel on the back because the woman has not chained her bike, which looks new, to the rail. She says something to the woman and thinks no more of it. When Katja returns to collect Nuri and Rocco the road is blocked, and smoke blocks her view of the scene. Forensic tests confirm the worst.

Unlike most films where (through lazy writing or a budget/time shortage) a young couple has no parents or friends to see them through difficult times, Katja has to deal with a gradually emerging undercurrent of racism and blame from Nuri’s parents and her own, ultimately kicking them all out over a battle for Rocco’s remains. She even pushes away Birgit when it proves too difficult to deal with her friend’s new baby. 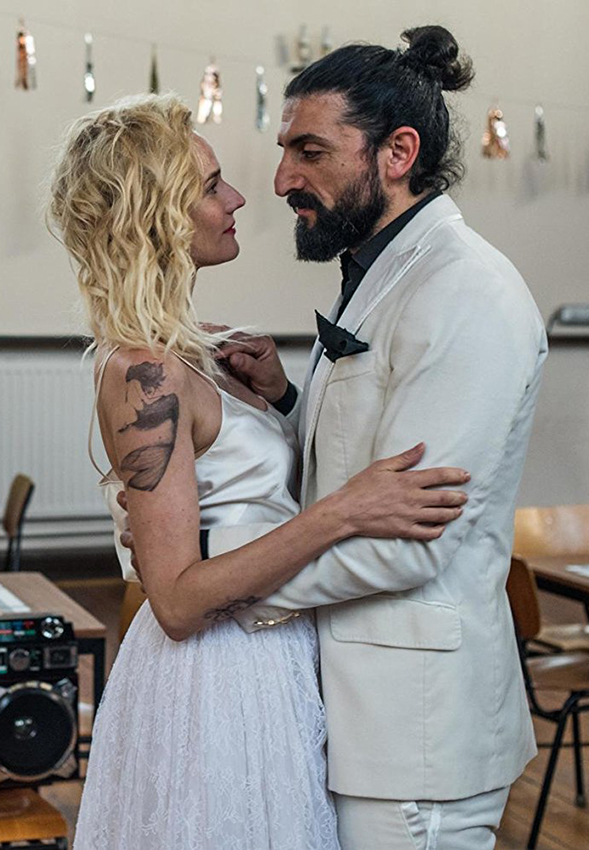 Diane Kruger and Numan Acar in In the Fade

Katja met Nuri when she was a student in Hamburg, and she bought some marijuana off him. In her grief, she uses drugs that she has in the house and obtains cocaine from her friend and lawyer, Danilo Fava (Denis Moschitto). The police naturally jump to the logical conclusion that the bombing was a drug feud, even a belated revenge attack, and find evidence of Katja’s recreational drug use. Like the audience, the police notice that incongruity between the family and the bourgeois, high-spec house and suspect that Nuri might have been dealing on the side. They ask Katja about possible enemies and leads. After mentioning and describing the mysterious woman with her bike and package, Katja tells them that the assassins are the Nazis. Her husband was a Kurdish man doing well in an honest job in a mixed-race neighbourhood and was an easy target for the city’s latent neo-Nazi movement.

When the numbness wears off and Katja, now alone in the house, realises her world has been destroyed, she attempts suicide. In a powerful scene we see her from above, lying in reddish bath water with her wrists cut. She is awakened from her last sleep by the phone ringing and hears Danilo’s message: the woman Edda Möller (Hanna Hilsdorf) and her husband André (Ulrich Brandhoff) have been arrested with seemingly watertight forensic evidence linking them to the crime.

As Katja summons the strength to get out of the bathtub and bandage her wrists, we know that she will be capable of a lot more in her fateful journey. The second part of the film depicts the trial and certain scenes – the appearance of a Greek Nazi providing a fake alibi – make your blood curdle. Equally, we share Katja’s emotion as André’s own father, the distraught but dignified and noble Jurgen Mӧller (Ulrich Tukur, The White Ribbon, The Lives of Others) denounces his own son. We also feel our temperatures rising when the defence lawyer, Haberbeck (Johannes Krisch) launches a character attack against Katja and creates a case for reasonable doubt.

It is in the third part of the film that the story starts to take on a familiar direction that might be inevitable but turns the drama into one more concerned with issues than characters. In the trial section there is a lovely touch that is Akin at his best. During a break, Katja approaches Jurgen Mӧller and their brief meeting is both cathartic and uplifting. After this, what follows seems emotionally anti-climactic despite its inherent drama and action. As the third act unfolds you can’t but return to this trial break scene and wish that Katja’s retribution could have taken on a more unusual turn.

But throughout the film the camera’s focus is on Katja and Kruger does not disappoint. It is impossible not to be transfixed by her acting and care about her story.

Kruger, who is in almost every shot of this film, fills the screen for the first time in a lead role. She has been cast for her beauty (as Helen in the film Troy); for her trilingual ability and Germanic looks (Inglourious Basterds); as the ‘other’, local woman in adventure films where she has not even used her German (Unknown); and as a European trophy wife (Disorder). Finally Akin has given Kruger, now 41, an extraordinarily demanding role that stretches her and she rises to the challenge.