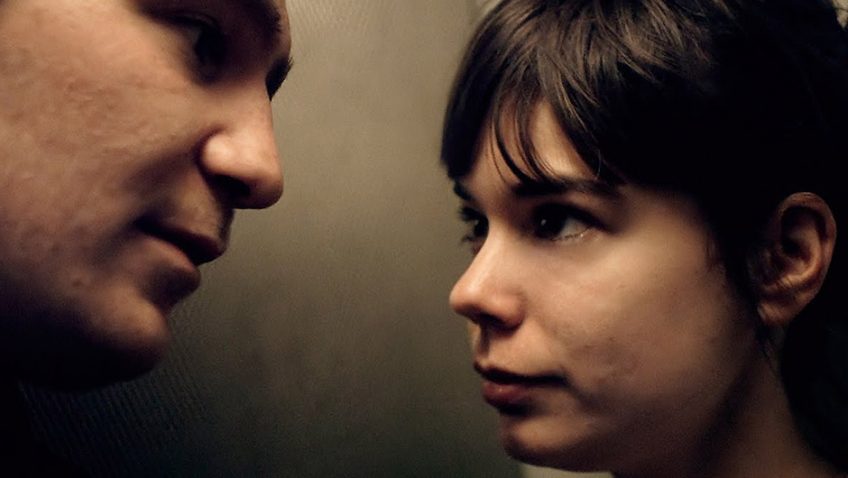 There are not many films where you leave the cinema with the feeling that your everyday life has been suspended in time and space for a chunk of time while you have been transported to an unknown land. And when you hit the cool night air, the memory of something powerful sweeps over you like a dream half remembered – or like a bolt of lightning. Victoria

is one of those films.

is not only a break-through film for its German actor-turned-Director Sebastian Schipper and for its 31-year-old Spanish actress Laia Costa, but it could be the break-through film of the year. That this low-budget German film with a 12-page script (most of the dialogue being improvised) arrives without hype is to its advantage. Victoria

is designed to unfold at the Director’s carefully orchestrated pace; to confound your expectations and to surprise you with its impact.

Schipper’s film is a two-hour and twenty minute rollercoaster of emotions, supported by Nils Frahm’s effective original music, brilliant sound design and its cinematographic style. It was shot on location in Berlin by cinematographer Sturla Brandth Grovlen, in one take. The Oscar- winning Birdman was also famously shot in one take, but in Victoria

this choice is not just a stylistic tour de force: The film could not achieve the organic propulsion on which it depends in any other way. Just as the dialogue is improvised, so we are aware that no one can stop the action from unfolding in the direction it takes. While there are plenty of rhythmic changes along the way, any editing would detract from that forward, unstoppable momentum.

Filming began in the trendy Kreuzberg district in the early hours of the morning just after the clubbers and diners had gone to bed and ended in the adjacent Mitte district before that area’s administrative offices and cultural institutions had opened. The story follows this trajectory, and opens with strobe lighting and Nils Frahm’s hypnotic electro-beat music filling the screen. As we begin to make out images of dancers in a club, the music takes on a louder, steady, emphatic beat. But only one face emerges from the blur of the lighting: the profile of Victoria, gathering up her brown hair in the hot, stuffy club. This petite, smiling young woman (Laia Costa is playing a girl 10 years her junior) with slightly broken out skin, large sparkling brown eyes and a cute face leaves the dance floor in a T-shirt to order a drink at the bar. She makes conversation with the bar tender in accented English. She prepares to leave when her path is blocked by some inebriated young men, who are not allowed in to the club. One of the men notices Victoria and vows that ‘one day the club will be ours!’ He is Sonne (Frederick Lau) and it’s clear that Victoria feels an instant, if irrational, attraction to him.

To our amazement Victoria starts flirting with the men. Our first thought is for her safety, but as the film progresses, we discover that the danger we have instinctively anticipated is of a completely different nature.

Victoria’s new (and from what she says, only) friends are Boxer (Franz Rogowski), who has a prison record (‘I did a bad thing; I smashed a guy’), and is the leader of the gang. Sonne is his close friend and tempers his hot temper. The others are Blinker (Burak Yigit) and Fuss (Max Mauff), whose intolerance to the alcohol the group consume that morning changes the course of Victoria’s life. As Victoria does not speak German, she and the men communicate in broken English (and Victoria learns that Sonne means ‘sun’; Blinker is a turn signal and ‘fuss’ means foot). While protesting that she has to go open the café in which she works, she hangs out with the men until Sonne delivers her to the café on the back of her bicycle. There they should part for the day, but fate intervenes.

The story sounds conventional and simple enough. A Spanish girl who has led a sheltered, lonely life in Madrid and has not yet made friends in Berlin where she now lives, gets mixed up with a group of kind-hearted, petty criminals. One of those men has a prison record, and a debt to be repaid to the man who protected him in prison.

, however, is anything but conventional, and the story, which is at once a gangster movie, a heist movie, a love story and a coming-of-age story, defies classification.

In one of the many changes of pace, Sonne and Victoria are finally alone together in the trendy café where she works. Sonne spots a piano and jokes around that he is a pianist. He asks Victoria if she plays an instrument which leads to her reluctantly playing something. The camera holds on Sonne’s astonished, and deeply moved face as he listens to her masterful and interpretation of Liszt’s Mephisto Waltz. ‘Mephisto’ is the devil, right’, Victoria asks almost rhetorically in the film’s only overt, but beautifully judged, symbolism.

While the film progresses in a fluid and almost improvised manner, there is a careful structure at work that is barely noticeable at a first viewing. For example, in the first scene Victoria is alone in the club, watching others dance together and kiss. In the second half of the film, the group return to the club where Sonne and Victoria dance and kiss passionately. But this second trip to the Club is a fatal mistake.

Another example of this foreshadowing is a police car in an early scene. Sonne (and Victoria) have stolen some booze from a corner shop and are sharing it with their mates on the street when a police car passes by but does not stop. When, in the second half of the film another police car appears, it is parked next to the gang’s stolen getaway van which they have not entirely abandoned. Similarly, in the first half of the film the group sneak into a private apartment block to gain access to the roof, where they can sit and talk and drink their wine and bear. The second time that Sonne and Victoria sneak into a private apartment building it is to hide from the police in one of the most nail-biting scenes in a movie that is filled with as much tension as tenderness.