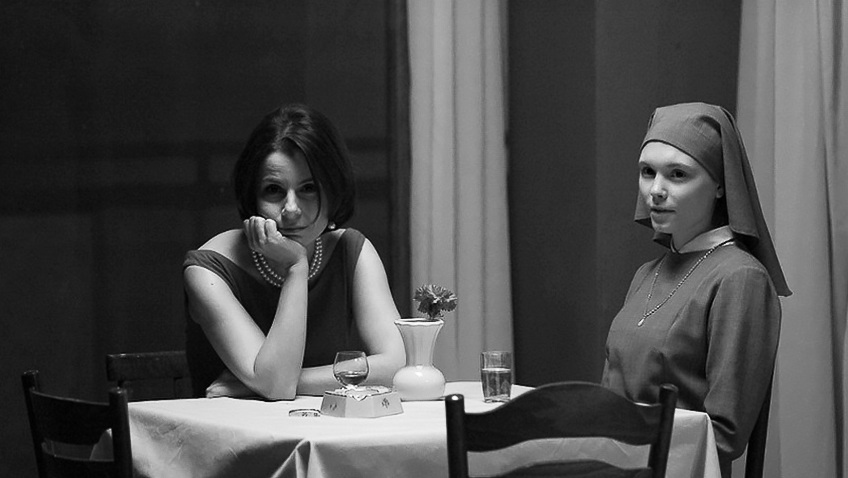 A complex, twist and turn of events in Ida

The eponymous Ida (impressive newcomer, Agata Trzebuchowska) is an orphan who has grown up, sheltered and unworldly, in a convent and who never questions her vocation. This vocation is thrown into question when, on the eve of taking her vows on reaching 18, there is an intervention – perhaps divine. The Prioress arranges for Ida to visit her Aunt (Agata Kulesza), her only known living relative. Ida embarks on eye-opening road trip with her aunt that is full of pain, self-discovery, knowledge and even romance. Ida

heaps weighty themes, complex emotions and two troubled women onto a script so short and devoid of context, that it sometimes feels too weak to contain them.

This is a story of identity, and what it means to discover you are someone else after 17 years. Ida, who has lived her life as a Catholic orphan determined to become a nun, learns that her name is Anna, and that she is Jewish. Aunt Wanda – known as ‘Red Wanda’ for her association with show trials of the fascist Stalinist regime – deals with her own demons through a self-destructive lifestyle that her niece rejects.

With his extraordinary economy of story telling, Pawel Pawlikowski needs only a few minutes of Ida’s routine in the cold, silent, Spartan convent to paint a picture of the world she has known and the life she is destined to continue until she dies.

When Ida meets her Aunt, we are conscious – a bit too much so perhaps – that the two women are complete opposites. This contrast will be at the heart of the road trip they embark on, and will inform Ida’s surprising choice at the end. Wanda is summed up economically as well, with a series of short, almost silent scenes showing one-night stands with men she picks up at bars, heavy drinking and chain smoking. It is behaviour that is clearly – a bit too obviously, perhaps – self-destructive.

Ida learns that she was put into a convent to save her life after her parents were murdered. Ida might be in shock, because her reaction is internalised. This might be a natural reaction, particularly given her training in silence, but first-time actress Agata Trzebuchowska lacks the experience (or perhaps the talent) to convey a range of emotions through her acting.

Wanda invites her niece to accompany her on an investigation to learn who killed Ida’s parents (Wanda may know already) and where they are buried. It might just be a coincidence that Wanda, who is in her 40s, has waited all this time to follow up on her instincts on these points.

During the trip, Wanda stops for a hitchhiker (Dawid Ogrodnik): a handsome, single, musician smitten with the angelic-looking girl in the funny outfit. He represents the new, Westernised 1960s scene that is slowly making its way into Eastern Europe.

In that short scene in the car, we feel Ida’s sexual identity starting to emerge along with her newfound cultural identity, and the choices for her future have just expanded. Ida knows that the Catholic convent saved her life, while Catholic anti-Semitism was behind the murder of her parents. Can she now go on to live a normal life as the musician’s wife and mother to his children? 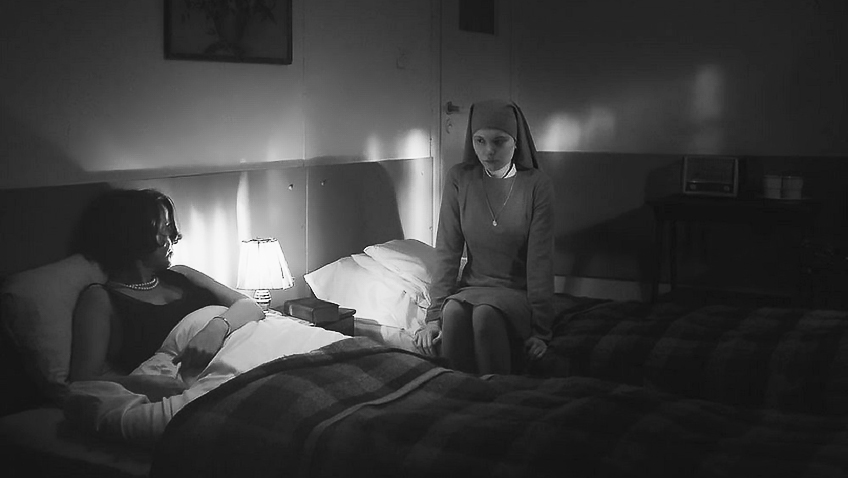 Born in Warsaw, 57-year-old director and co-writer Pawel Pawlikowski’s (My Summer of Love, The Last Resort) left Poland in 1971, arriving in Britain (via Germany and Italy) where he was educated at Oxford, Ida

is Pawlikowski’s first feature film shot in his native country, and is set in the early 1960s, when he was a young boy in Poland. Beautifully shot, in a visceral black and white with heightened sound recording that makes the cold, depressing landscape all the more forlorn, Ida

won the Best Film Award at last year’s London Film Festival and is destined for Oscar glory. On one level, you can understand why.

Wanda is a great character, and Kulesza plays her to perfection, even if there are some nagging questions about her that go unanswered. What is clear is that, on the one hand, Wanda is a self-made woman and survivor, and, on the other, as much a victim as her niece, if not more so. Both women cope with their past in different ways. It is this coming to terms with a past that is part of your country’s shameful history that preoccupies Pawlikowski and won him the award.

The problem is that so much is dumped on Ida – a new relative; a new religious identity; the reality of her parents’ fate and grave; the murderer; and her first sexual encounter – that it is simply too much for one character, or the audience, to assimilate or the film itself to digest.

Subtleness and understatement are rare and wonderful techniques in filmmaking, but here it seems like Pawlikowski is so afraid of turning the story into a cliché, or otherwise breaking the spell of his haunting sound and cinematography, that he withholds too much. Ida

draws you in visually and intellectually, only to shut you out emotionally.