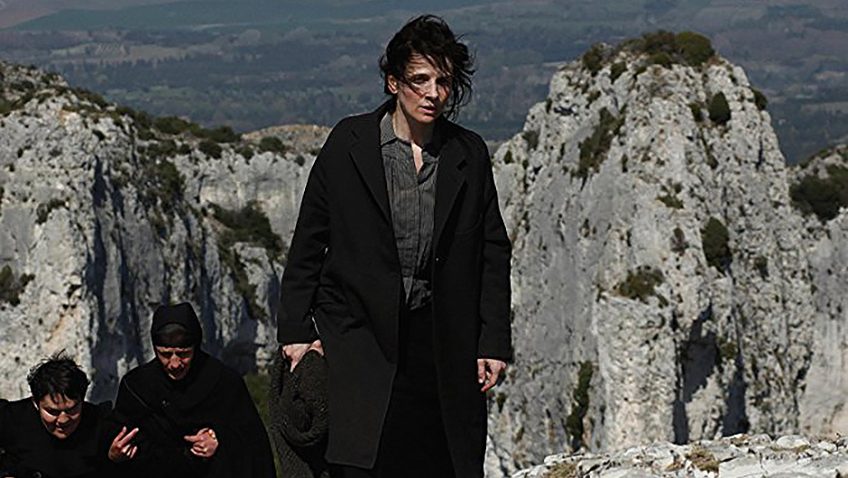 If you have one film to see this week, make it Bruno Dumont’s Camille Claudel 1915

– the 1915 in the title is not to mark the historic setting. Older audiences might otherwise confuse Bruno Dumont’s new film with Bruno Nuytten’s Camille Claudel from 1988: a high-profile film that featured France’s two biggest film stars: Isabelle Adjani as Claudel and Gerard Depardieu as her teacher and lover, Rodin. The two sculptors had a famously tumultuous relationship between 1884 and 1892 when Camille ended the affair after an unwanted abortion. In 1905 she shut herself up in her studio and began to exhibit signs of mental illness when she was not working.

Those who have seen the brilliant 58-year-old Dumont’s previous work, which includes Outside Satan (2011), Hadewijch (2009) and Flanders (2006), will suspect that his interest in Camille Claudel’s story lies elsewhere. His film takes place some 20 years after Nuytten’s film left off, when, after her sympathetic father’s death, Camille’s famous writer and diplomat brother Paul and her staunch Catholic mother committed her to an insane asylum. With the German invasion, they move her to a remote and starkly beautiful convent at Montdevergues in the Vauclause which serves as an asylum.

Although some audiences will know something of Camille Claudel (Juliette Binoche), Dumont gives us no background. We first see Binoche, who is Camille’s age at that time, without make-up, being given a bath by caring nuns. ‘See, your hand is all dirty,’ a nun tells Camille who looks as though she is about to cry. We can only imagine she is thinking of the clay that was constantly under her nails like a life force. Camille has a private room with a small bed and a desk in front of a window. She stares at the trees in the courtyard and draws them. But she will never do sculpture again.

We are drip-fed bits of biographical information in a natural, and non-expository manner, gleaned from her letters (mainly to Paul); from what the nuns who run the asylum say and from Camille’s verbal expressions of paranoia. We learn the most, however, from her climactic and unbearable conversation with Paul, whose visit she anticipates with the only smile we ever see on her face.

Camille believes that Rodin (who is long dead) and his circle are stealing her ideas and art and trying to poison her. This paranoia is manifested in Camille’s special dispensation to cook her own meals and eat alone. Paul is paying a lot of money to keep his sister in comfort inside the soul-destroying asylum, despite the doctor’s (Robert Leroy) advice that it would do her good to be let out to practice her art.

The authenticity that is a hallmark of Dumont’s films; the atmosphere of stillness and confinement; and the contrast between Camille’s previous life and the one she is now living are vividly brought to life by Binoche’s career- best performance and Dumont’s decision to film in a working mental hospital.

Binoche’s fellow patients are actually real patients and the nuns are their actual nurses dressed as turn-of-century sisters. Being the only ‘sane’ person, not to mention a famous artist in her own right amongst nondescript mentally ill patients must have contributed to the quality of Binoche’s performance as much as it does to our horror of her fate.

If Binoche sets the bar high, the standard is met by Jean-Luc Vincent’s uncompromising, outrageously brilliant portrayal of Paul, a man so devout and tormented that he comes across as positively bonkers. In his youth, Paul, like many well-read young men, was inspired by the symbolist poets Arthur Rimbaud and Paul Verlaine. This is nonetheless strange, as they had scandalised bourgeois society with their homosexual relationship and were hardly observant Catholics. Paul’s long, demented expression of faith is delivered to a polite priest who is grateful for Paul’s donation, but becoming somewhat alarmed by the fervor. His ramblings include a reference to his discovery of spiritualism through the teenage Rimbaud’s Illuminations and his autobiographical prose poem, A Season in Hell.

If Dumont is not attacking Paul, one of the respected pillars of France’s literary establishment, he is certainly forcing us to look at fame, art, confinement and the treatment of women in a new way.