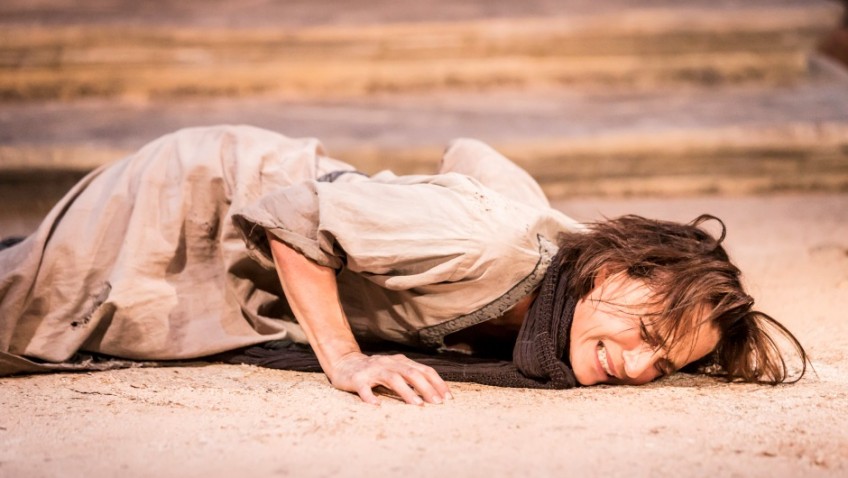 It is not that often you get a chance to see a play by Sophocles. In the last seventy years or so only three major actresses in England – Peggy Ashcroft, Fiona Shaw and Zoe Wanamaker – have acted one of the most famous roles in Greek tragedy.

Electra, first performed approximately 2,400 years ago, can still today have tremendous impact on audiences.  Ian Rickson’s revival in the round, with Kristin Scott Thomas in the leading role, uses a version by Frank McGuinness, which was used by Wanamaker in David Levaux’s memorable and superior production in 1997.

Electra has been living with two murderers, Clytemnestra, her mother, and her mother’s lover, Aegisthus, for a number of years. They axed her father to death when he returned from the 10-year Trojan War.

Still traumatized by the event, Electra has never forgiven her mother and mourns her father’s death daily. Grief-stricken to the point of madness, and hungry for revenge, she waits for her brother Orestes (Jack Lowden) to return so that he can kill the murderers. She has waited a long time.

She prowls the stage and is inconsolable. “I am in pain!” she screams on more than one occasion. Deeply disturbed, Electra desperately needs psychiatric care. Scott Thomas, looking old and haggard, poorly clothed, and not regal at all, is Orestes’ elder sister. He is her baby brother. She could be his mother.

The surprise is that the first night audience should find so much to laugh at in a play which is not funny at all. At times it seems as if Scott Thomas’s performance is encouraging the laughter. The lines, she speaks to her sister, for instance – “We must murder. Don’t back away!” – got a huge laugh.  The insensitive laughter is very irritating.

Clytemnestra (Diana Quick), who is not nearly as monstrous as in some interpretations, justifies killing her husband because he had killed her daughter, Iphigenia, who, you will remember, was sacrificed to Artemis in return for a favourable wind so that the Greek army could set sail for Troy.

The chorus, represented by only three women, is ineffective.