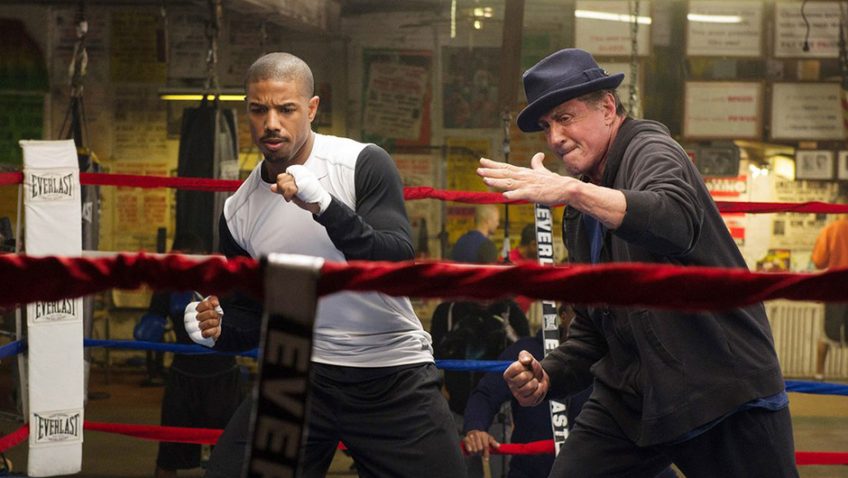 Was anyone really waiting for the next instalment of the Rocky franchise? Sly Stallone has said that Rocky is the best thing that has happened to him, and no wonder. The seven Rocky films have grossed over a billion dollars. Back in 1976, who didn’t love Rocky? Three years later, who didn’t want to see Rocky again in Rocky II? There was even some justification for bringing Balboa out of retirement in 2006’s Rocky Balboa as no one over 45 (the minimum age of the average Rocky viewer) wants an ageing hero to go gently into that good night. The problem is, there are no cliff hangers with a ten year gap and no aspect of the fighter’s lifecycle has been left untapped.

Still, Rocky is back and it was not Stallone’s idea. Creed

, Stallone does not return to the ring, as in Rocky Balboa, but he might as well: Creed

are identical, with only the details changed. There are, moreover, elements from all the previous Rocky films in Creed

. It’s Star Wars: The Force Awakens in a boxing ring.

The novelty here is that Apollo Creed’s illegitimate son, Adonis Johnson-Creed, who never knew his father, has inherited his father’s talent and need to fight. He is saved from the care system by Creed’s wealthy widow Marie Anne (Phylicia Rashad), who adopts Adonis, hoping to give him every opportunity in life. Since her husband’s death was the result of boxing, this opportunity means a job in the city, not in the ring. But 17 years later, Adonis, who has been practising clandestinely in small time fights, quits his City job and tracks down Rocky at Adrian’s restaurant (familiar from Rocky Balboa). After refusing to get back in the game (after all, he’s done the mentoring already in previous instalments), Rocky relents. 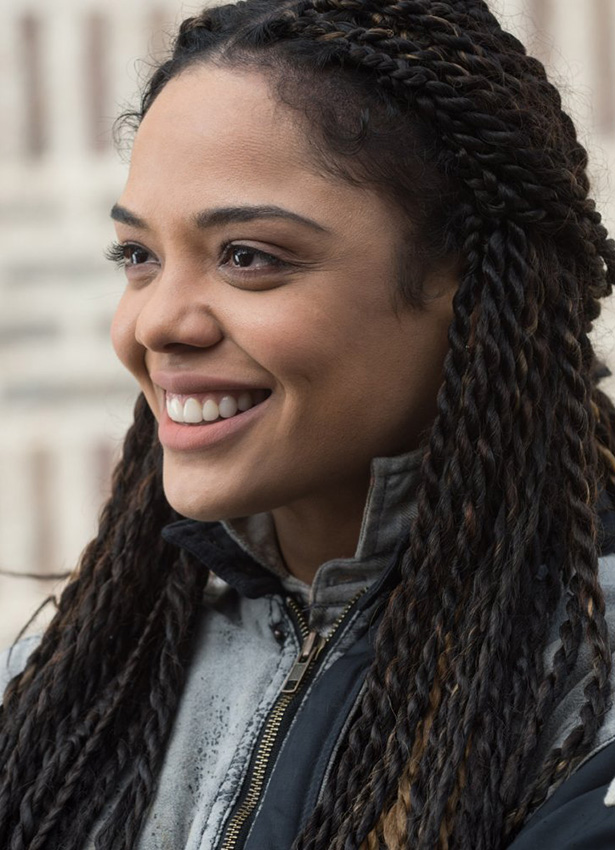 The rest is pretty predictable, even down to the pretty girl – a singer who is losing her hearing (Tessa Thompson, Selma). Her role is to provide stability for Adonis and to sit at the ringside, feeling her man’s pain and cheering him on like Andy Murray’s Kim Sears.

Coogler breaks the formula with what comes across as a stereotype, even if behind every stereotype is some evidence of truth. We should know by now that in the majority of films with a character over 60, chances are he or she will either have dementia, a heart attack or cancer. Just as the training is going well, Rocky learns he has non-Hodgkin lymphoma, a type of cancer. The treatment is the same and, remembering his wife Adrian’s painful experience, Rocky declines the radiation.

Anyone who saw Coogler’s impressive debut feature film, Fruitvale Station two years ago, which starred Michael B. Jordon as Oscar Grant, a real life innocent victim of NYC’s transport police brutality, might be surprised that such an original film-maker and actor would want to reboot a 40-year series that’s been done to death.

It’s not that Coogler has not done a good job: he has. It’s a very well made film and Jordan is excellent as Adonis Johnson/Creed in this coming-of-age role. Jordon, who looks every bit the boxer and holds his own with the pros used in the film, is, as we could tell from Fruitvale Station, a star in the making. Stallone cannot be begrudged his nomination for a Best Supporting Actor Academy Award. Even Rocky’s cancer at age 69 (Stallone’s age) seems to rise above the convenient stereotype tag when seen in the context of the recent deaths from cancer of two other famous 69-year-olds: David Bowie and Alan Rickman. 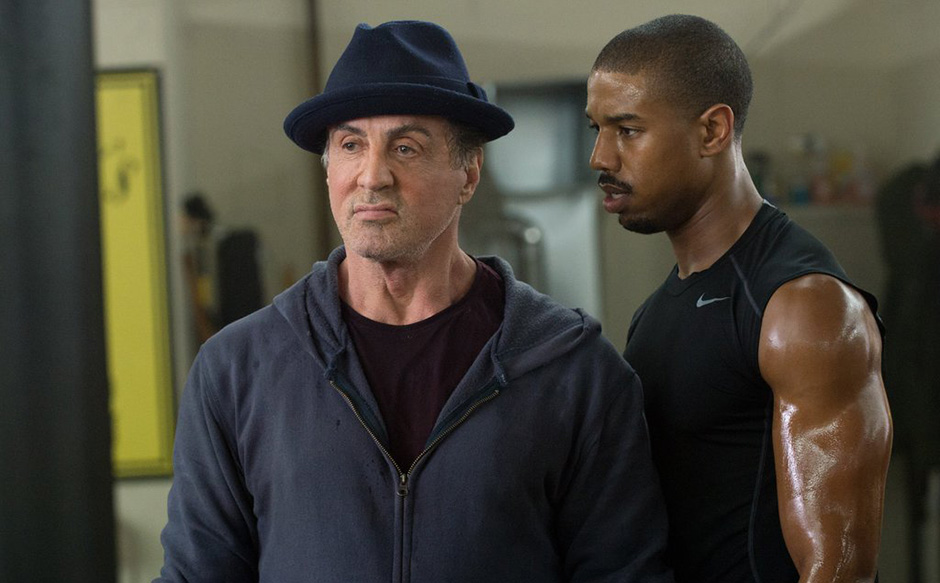 Sylvester Stallone and Michael B. Jordan in Creed

But why does the writer/director of Fruitvale Station want to resurrect a series that has played itself out? Since Rocky in 1976 there have been many underdog wrestling and boxing films (The Wrestler and The Fighter being two of the best, and Foxcatcher being one of the darkest) offering more nuance, subtly and originality.

Adonis is not a skid row kid living rough with no hope but the prize money. His wonderful step mother has money and contacts, and his life choices are endless. Sure, a major theme in the film is Adonis’s coming to terms with his father’s fame and his abandonment. But does this have to mean literally wearing his dad’s shorts in a Heavyweight Champion fight? Does every kid have to be famous to be fulfilled?

It might be seen as romantic or macho for a kid who could have everything to want nothing more than to have his eye knocked out. We are reminded that Apollo Creed died in the ring and Rocky suffered brain injury himself. But the film cannot wait to get the protests about brain injury in boxing and football out of the way so that it can then forget them as we, and the women in his life, cheer Adonis on.