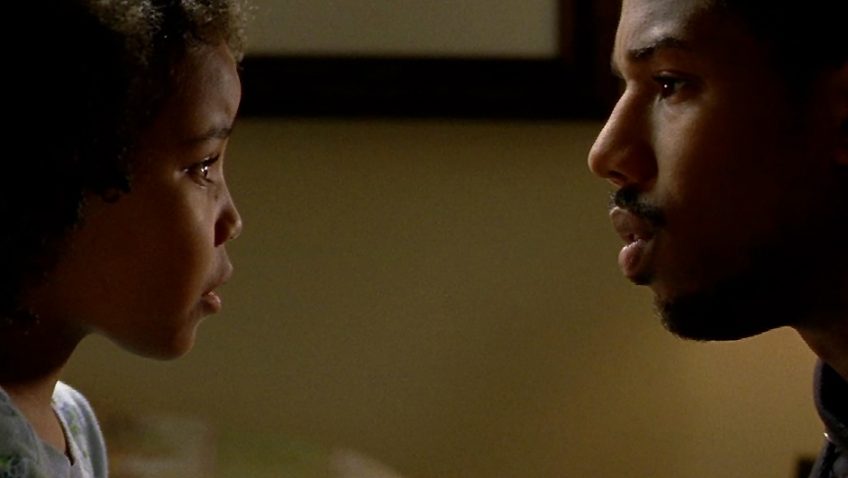 You can see why this powerful, low-budget feature film debut from 26-year-old Californian writer/director Ryan Coogler would have been a shoe-in for the Grand Jury and Audience Prizes at Sundance. It combines a true story and highly charged emotional events with a balanced character study, effectively dramatising one of the most incendiary and politicised events in California’s recent history. In the early morning of New Year’s Day, a 22-year-old black father, one of many men involved in a row on the Bart train from San Francisco to Oakland’s Fruitvale Avenue Station, was shot dead by a white policeman who claims to have mistaken his gun for a taser.

Coogler follows the newly unemployed Oscar Grant (Michael B. Jordan, Chronicle, TV’s The Wire) through the day of December 31st and New Year’s Eve, leading to the moment when he is shot on the platform of Fruitvale Station. Even if you knew nothing about this event, you would know from the slow, subtle build-up of tension that something is going to happen to shatter Grant’s life before he figures out how to live it.

While the public is divided, and not entirely along race lines, about whether Grant was a saint or a sinner, Coogler tries to present a balanced picture. He gives us a young man who might have been another faceless tragic statistic were it not for witnesses with camera phones documenting the heavy-handed, inept and possibly racist police handling of a booze-fuelled altercation.

Oscar is a loving father, son and grandson and has lots of friends. He buys expensive crabmeat for his mother’s birthday feast, helps a clueless shopper at the fish counter with a recipe for her boyfriend, and decides to ditch the marijuana he was planning to sell. And although he claims he gave up drinking, he listens to his loving mother Wanda (Octavia Spencer) when she suggests that he take the train into the Bay Area for the fireworks to avoid driving.

But the film opens with a scene that dims the halo. His girlfriend Sophia (Melonie Diaz), with whom he has a daughter, has just discovered that Oscar has been unfaithful. While he reassures her it was nothing and they soon make up, we get the impression from a later incident that it is not the first time. When Oscar goes into the market to buy the crab, he aggressively confronts the store manager who has just sacked him for being late to work once too often. We also have to ask ourselves what he was doing with a huge bag of weed to begin with. And in a heart-breaking flashback, we see Wanda walking out of a prison visiting session in disgust after her son is restrained by guards for losing his temper with another inmate.

Michael B. Jordan and Ariana Neal in Fruitvale Station

Before Oscar and Sophia join their friends and set out for San Francisco to celebrate New Years Eve, they drop off their four-year-old daughter, Tatiana (Ariana Neal) at her cousins’. Coogler foreshadows events in the film’s only brush with sentimentality when Tatiana tells her father she is scared of the noise outside, which he explains is only fireworks. As he reassures her that she will be safe inside with her cousins, she asks, ‘What about you, Daddy?’

In the hands of another filmmaker, or one with a political agenda, this story could have been an excruciating polemic, but Coogler did not make the film to score political points. He claims he made it so that viewers could spend time getting to know the victim behind the headlines and ‘maybe lower the chances of an incident like this happening again.’ Fruitvale Station

might not stop trigger-happy officers getting off a murder charge lightly, or hot-tempered young men getting killed senselessly; but no one who sees it can be immune to the pain of such an avoidable tragedy and to the futile waste of the life.