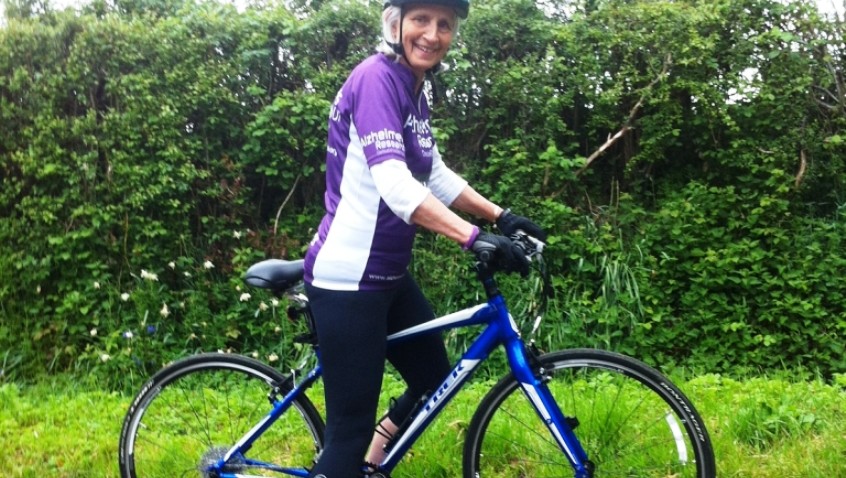 Gran saddles up for birthday celebration

A grandmother decided to mark her 70th birthday by cycling 350 miles to raise more than £8,000 for Alzheimer’s Research UK.

Super-fit Carol Franklin-Adams decided to take on the epic bike ride to mark her 70th birthday at the start of the year.

She set off from her home in Ewhurst, Surrey, on May 6 and embarked on the 11 day journey with the support of friends and family members.

Carol, who completed the challenge on May 17, managed to raise an impressive £8,060 on the voyage.

She was inspired to take on the mammoth challenge by her husband Patrick who was diagnosed with early-onset Alzheimer’s 10 years ago, at the age of 59.

Since Patrick’s diagnosis the couple have raised over £100,000 for Alzheimer’s Research UK, through events including a 100 mile hike and cycling from Surrey to John O’Groats. 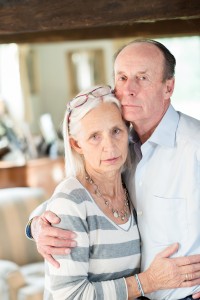 The pair have also taken part in radio and TV interviews to raise awareness about the daily reality of living with Alzheimer’s disease.

Consequently they have been made Champions of the charity in recognition of their outstanding support.

Carol, who has four children and 12 grandchildren, said: “My family think I’m mad!

“But I was determined to cycle to Land’s End to raise money towards Alzheimer’s Research UK’s vital work to find the new treatments so urgently needed.

“I cycled on my own but my good friend of 45 years, Jill Thorp, followed in a support car, bringing me lunch and snacks and encouraging me all the way.

“Jill’s was wonderful, working out the route and accommodation with friends and at guest houses. I couldn’t have done the journey without her.

“Patrick’s diagnosis of early-onset Alzheimer’s came after months of unexplained forgetfulness and confusion.

“Although it was a shock, it was a relief to know what was wrong.

“He had to give up his job as an insurance broker in London and over the years has experienced a gradual mental decline. But the one thing he can still enjoy is a round of golf.

“Sometimes he turns up at the course without his shoes or his clubs but everyone there looks after him.

“It was jolly hard work cycling to Cornwall, especially pedalling uphill, but it was so worthwhile knowing the money raised will help Alzheimer’s Research UK defeat this devastating disease.”

“The £100,000 Carol and Patrick have raised for our world-class research over the past six years is incredible.

“Their amazing efforts are bringing us closer to finding ways to diagnose, prevent, treat and cure Alzheimer’s disease and other forms of dementia.”