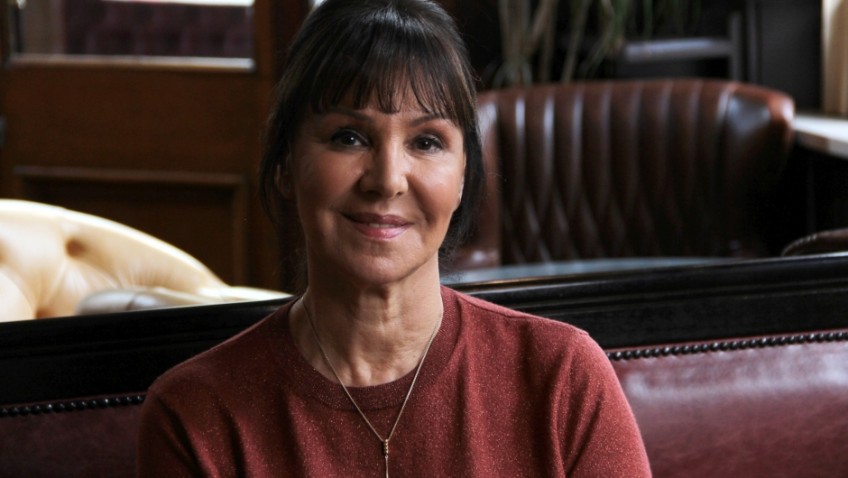 Former Strictly Come Dancing judge and choreographer Arlene Phillips will make an appeal on behalf of Alzheimer’s Research UK on BBC 1 on Sunday 16 November, at 4pm.

Alzheimer’s Research UK, the UK’s leading dementia research charity, has been chosen as the BBC Lifeline Appeal’s charity of the month. The appeal will boost funds for the charity’s vital research to find the preventions and treatments so urgently needed for Alzheimer’s disease and other forms of dementia.

Lifeline is the BBC’s monthly charity appeal programme, in which a well-known personality introduces the vital work of a charity they care about, and appeals for donations. Lifeline began in 1986, and has since broadcast over 300 appeals, raising over £6 million.

Alzheimer’s Research UK has been working with the BBC to make the broadcast which features real life stories from people affected by dementia.

Arlene cared for her father who was diagnosed with Alzheimer’s disease. Speaking about her experience, she said:

“Dad was 89 when he died. But the last 10 years of his life were a struggle for all of us. He looked like the person I loved, but he became like an outer shell sitting in an armchair. It was utterly heartbreaking. It’s a disease that tears at the hearts of families and steals lives. When you see someone you love slip slowly away, it’s easy to despair. Research gives us hope – it’s the only way to defeat this awful condition.”

Joining Arlene on screen are Jeremy Cox and his wife Roz Underwood and Sophie Howarth and her grandmother, Violet.

Roz Underwood, 67, from north London was diagnosed with Alzheimer’s disease in March 2014. A few months before her diagnosis Roz became aware she was struggling to find the right words. She said:

“Even though I had the words clearly in my head I found it difficult to find them in speech when talking to other people. Alarm bells rang when I was in conversation with my brother on the phone. I ended up in a state of confusion and had to pass the phone to my husband. We both knew there was a problem. Following a visit to my GP an MRI scan confirmed I had Alzheimer’s disease. We were devastated. We are slowly coming to terms with the situation and focusing on doing what we can to help raise funds for research into dementia.”

Shortly after graduating from university, Sophie, 27, from Glossop in Derbyshire, put her career on hold to care for her much-loved gran when she was diagnosed with vascular dementia. She said:

“It became a 24-hour job, seven days a week, caring for Gran. At first it involved a lot of prompting her to do things – to get dressed, to wash, but her condition slowly deteriorated and it became impossible for me to leave the house. After nearly two years I just couldn’t cope and in 2011 she went into residential care. It broke my heart but she is safe and I visit her every day.”

The appeal also featured Dr Heledd Haf Griffiths from the University of Manchester whose pioneering research would not be possible without Alzheimer’s Research UK. Heledd has first-hand experience of the effects of dementia, she said:

“My dad passed away in 2006 after being diagnosed with dementia eight years previously. Watching the confusing changes the condition caused in Dad was devastating but it has shaped my career. I’m now part of a team working to find a cure.”

“We are thrilled to be chosen by the BBC Lifeline team for its television appeal and would like to thank everyone who features in the piece and has worked so hard to make it possible. Dementia is our greatest health challenge and over 830,000 people are affected in the UK and 44 million across the world. Alzheimer’s Research UK has bold plans to drive research towards better diagnosis, new treatments and preventions to give hope to thousands of families shattered by this condition. Every £20 raised through the BBC Lifeline Appeal will pay for another hour of pioneering research that will tackle the condition from every possible angle. We are determined to bring an end to the heartbreak of dementia.”

Alzheimer’s Research UK’s BBC Lifeline Appeal will air on BBC 1 on Sunday 16 November at 4pm and will be repeated on Wednesday 19 November on BBC 2 at 1pm.

Further information about Alzheimer’s Research UK is available online at www.alzheimersresearchuk.org or by calling 0300 111 5555.