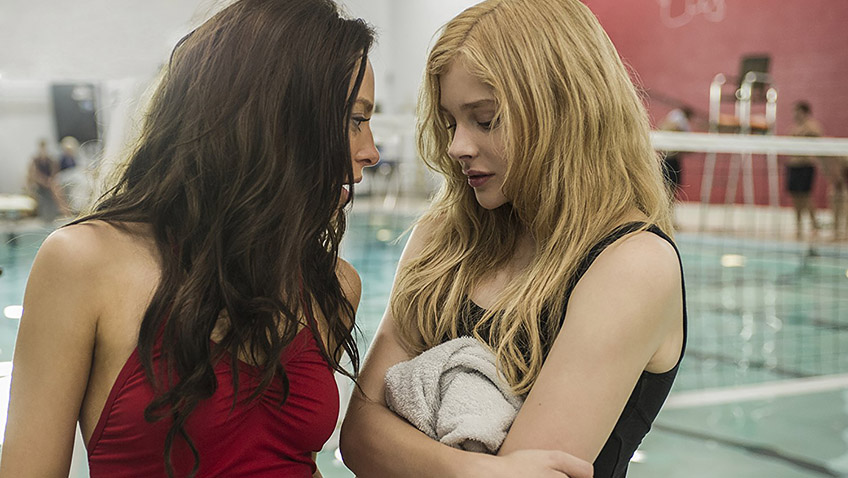 Audiences over 50 might still remember emerging from the cinema in 1976, overwhelmed at the baroque finale of Director Brian de Palma’s adaptation of Stephen King’s first novel, Carrie

. In King’s unusual psychological horror novel, a naïve, withdrawn and abused teenager, caught between a religious nut-case mother and unfeeling school bullies, doesn’t stand a chance. And, 37 years on, you might find yourself emerging from Kimberly Peirce’s remake asking yourself why such a talented, original director (Stop Loss, Boys Don’t Cry) wanted to remake a classic when she had so little to add to a classic.

The answer could be a new awareness of school bullying as a result of YouTube, Twitter and more awareness. And Peirce’s Carrie

does update the film for new audiences by introducing humiliating videos and social media (albeit surprisingly limited) into the topical bullying scenes. If child abuse is also topical after a succession of high profile cases, Julianne Moore’s splendidly fanatical mother is a text book example of when a child would be better off in social care.

As we see in the opening scene, Margaret White nearly murders her daughter of sin, born in a home birth without a doctor or nurse. Instead, Margaret subjects Carrie (Chloë Grace Moretz) to a slow death by deprivation, loneliness (no birthday parties, TV, mobile phones or sleepovers for Carrie); punishing evenings in a scary closet shared with a suffering Christ and a Bible; and ignorance. Such is Carrie’s ignorance that when she gets her first menstrual period in the school showers, she thinks she is bleeding to death and starts screaming. Classmate Chris Hargensen (Portia Doubleday) captures the moment on her smart phone and uploads it to YouTube.

Carrie has one thing going for her, or perhaps, not, as events transpire. She might well be the devil that her mother fears, for Carrie has powerful telekinetic powers. The scene in which Carrie discovers her powers has a counterpart in the Spider-Man films, but is somewhat underplayed. Carrie will soon need to use these powers when hormones, and an invitation to the prom, give her the courage to stand up to her mother. Unfortunately, they will be used later to seal Carrie’s fate. 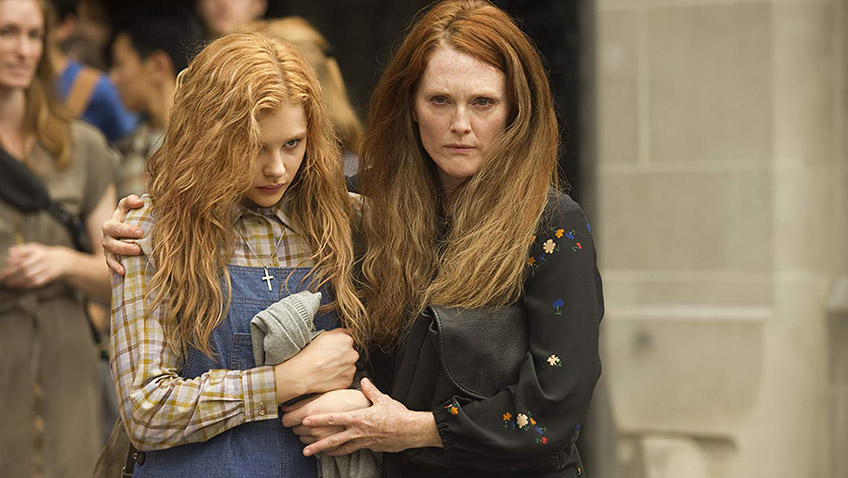 Sue Snell (Gabriella Wilde), a tall, pretty and popular blond regrets participating in the incident after the kind gym teacher (Judy Greer) punishes all the girls in the gym who were caught throwing tampons at the cowering Carrie. Sue decides that only a real act of penance will redeem her act and convinces her boyfriend Billy Nolan (Alex Russell), played by John Travolta in the original, to ask Carrie to the prom.

At first Carrie refuses, believing it’s another hoax to further her humiliation, but there’s no doubting Billy’s sincerity when he collects her in a white limousine and reacts to her transformation. With a homemade peach coloured gown, her long blond hair gently curled (where did Carrie learn to do her hair?), a touch of lipstick (thanks to the gym teacher) and a smile on her face, Carrie is suddenly Prom material. 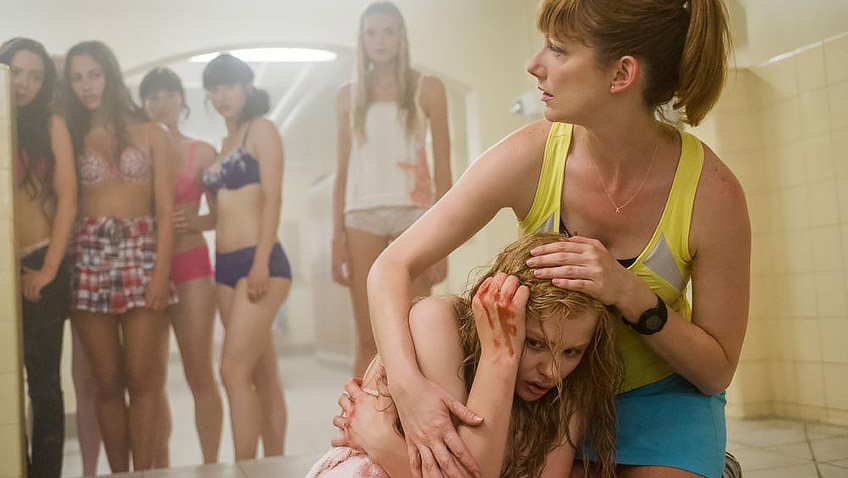 In any event, despite being flattered by the attention and delighted at feeling normal for the first time, you can feel Carrie asking herself, ‘is this too good to be true?’ and, of course, we know the answer.

At 16, Chloë Grace Moretz is just the right age for the part and is no stranger to violence and horror. She began her career in the The Amityville Horror movie, made her name in Kick-Ass, playing a 13-year-old assassin, and appeared in two vampire movies, Let Me In and Dark Shadows. 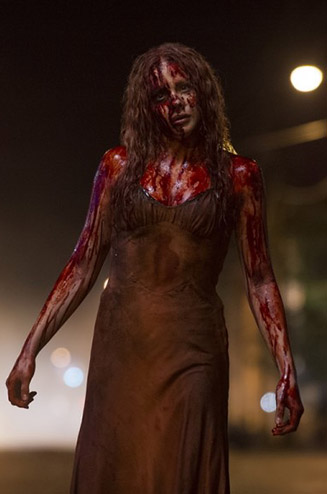 But rather than perfect casting, you wish Peirce had gone for least obvious, inspired casting. If Hillary Swank won an Oscar for her role in Peirce’s extraordinary debut film, Boys Don’t Cry, Moretz’s performance seems to rely on one or two wide-eyed looks. Despite her dowdy clothes, with a good figure, gold mane of hair, cute features and perfect skin, she’s also a bit too attractive not to have been noticed by one or two boys at school.

Since the original Carrie was adapted for cinema by Stephen King himself, with Brian de Palma at his peak and Sissy Spacek making an exceptionally creepy, complex heroine, it would be pretty hard to remake Carrie without significantly revamping it. While Kimberly Peirce might have missed an opportunity to do so or, she may have been right to consider that a new generation deserve a fairly faithful new adaptation. But the book is written in an epistolary manner, and it’s curious in a film that uses social media so effectively that more was not done to recreate that technique in the film.

The main difference between the two films could be that this time around our main emotion is pity. More than anything else, we feel the tragedy of a wasted life over the horror of all the destruction (the special effects of the collapsing house haven’t improved much) around her. Let’s hope teenage audiences take in that message and see the consequences of small acts of cruelty.