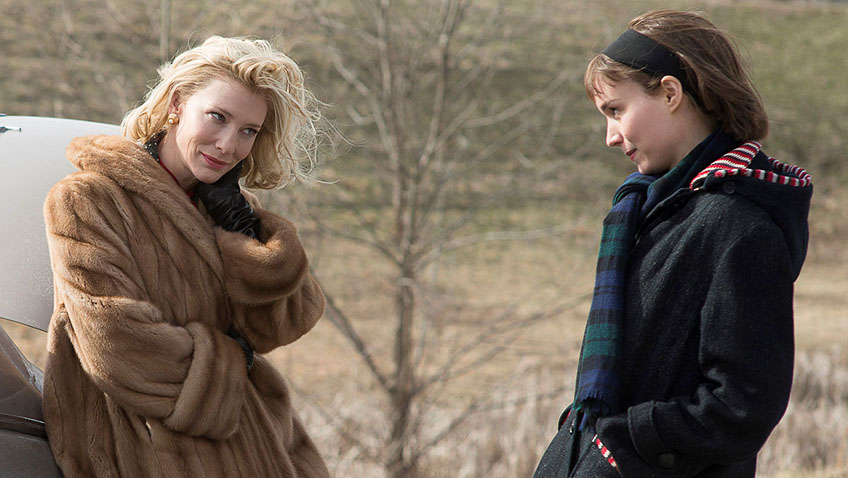 Carol – a triumph of style over substance

In Patricia Highsmith’s Strangers on a Train

and in the The Talented Mr. Ripley

, both of which have been made into now classic films, one man develops an obsession for another man and ensnares him in a devilish plot. Highsmith’s second novel, Carol

, originally published in 1952 as The Price of Salt

under a pseudonym, is Highsmith’s only novel where the obsession is between two women. It is also her only love story, and – unusual for contemporary novels about same-sex relationships – one that ends on a note of hope. This, and the fact that Therese and Carol do not repent in the arms of their respective fiancé and husband, made it a word-of-mouth success. Todd Haynes’ film adaptation might not have enjoyed the same financial success, but the critical success has been surprisingly rapturous.

stars Cate Blanchett as the eponymous, seductive beauty and Rooney Mara as Therese Belivet, the smitten department store salesgirl from whose point of view the story is told. You can understand Haynes’ attraction to the novel, which is, like his masterpiece, Far from Heaven, a romance about forbidden love and social taboos in the repressed 1950s. In Far From Heaven, shot as an homage to Douglas Sirk, a middle-class housewife falls in love with her African-American gardener and also discovers that her husband is a closet homosexual. Haynes even uses the same cinematographer for Carol

: the book that would launch her incredible career.

A striking blond woman in her late thirties (Blanchett) enters the toy department where 20-something Therese Belivet (Mara), an indecisive aspiring photographer, is counting the days before she is free again. The two lock eyes, and Therese, who is half-heartedly engaged to Richard (Jake Lacy), experiences an attraction she never felt for Richard. Unlike in Highsmith’s real life incident, here the feeling is reciprocated and the two women not only meet again many times, but go on a road trip together that takes up much more of the book than it does the film.

The relationship between the two women sparks a destructive and heart-breaking custody battle for Carol’s beloved daughter. But Carol

is not a tragedy but a story of a hard-won liberation.

Although Haynes is openly gay, his films feature strong, leading female roles that have attracted some of our finest international actresses. In Safe, Julianne Moore contracts MCS, the ‘Twentieth Century disease’; Kate Winslet becomes the self-sacrificing mother in the cable miniseries Mildred Pierce; and Cate Blanchett becomes Bob Dylan in I’m Not There. Carol

also features two top actresses: Cate Blanchett (Blue Jasmine) and Rooney Mara (The Girl with the Dragon Tattoo), but they are not given a lot to do other than look great and stare at one other with wide, longing eyes, a wry smile (Blanchett), and a childish pout (Mara). 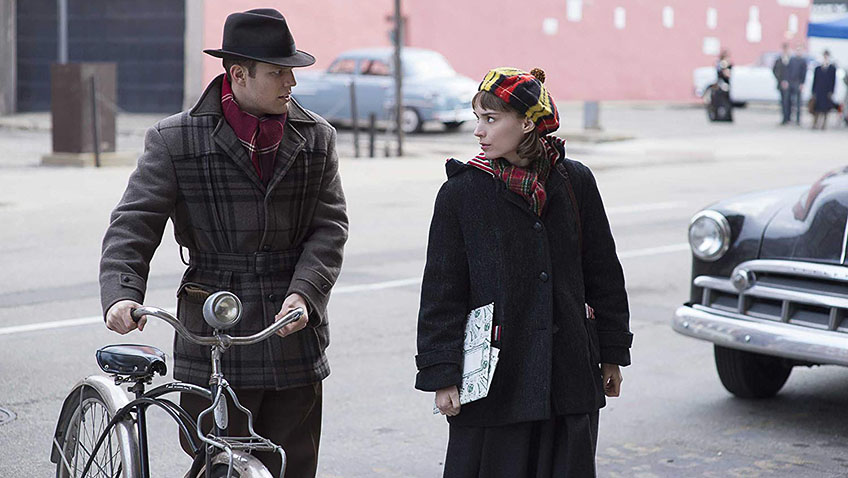 The problem is that there is little chemistry between the actresses, who never appear to be having any fun, doing anything interesting or having real conversations with one another. It’s hard to root for such an empty relationship based on a physical attraction that might owe more to its novelty than to anything that might last.

If the novel was inspired by that department store encounter that never amounted to anything, the character of Carol seems to have been based on Virginia Ken Catherwood, a wealthy divorcée, with whom Highsmith had a one-year long passionate affair that probably was based on sex. The idea of the detective following the women on their road trip came from Catherwood’s experience with another lover. Catherwood was an alcoholic, and while Carol and Therese enjoy drinks whenever possible in the film, the amount of alcohol they consume in the novel (particularly when driving) is staggering.

In the film, the women do go on a road trip, but compared with the novel, it is seriously truncated, as is the detective subplot that introduces a bit of suspense into a film that needs a lot more. The overriding problem with the film is that scriptwriter Phyllis Nagy fails to find a cinematic way of externalising what is, in the novel, the internal narration of a confused young woman discovering her sexual identity and forging a professional career.

In the 1950s America women were first and foremost housewives to working husbands. By contrast, in the novel Therese is not only a single woman, but a talented theatrical scenic decorator whose career is so important to her that she works her trip with Carol around her job. In the film, Therese’s photography job is a foot note that makes her a less interesting person to the extent we wonder why even the rather predatory Carol would take such risks to be with her.

While Far From Heaven is a smouldering story of frustrated passions that leaves you in tears, Carol

is so cold and lifeless that the style overwhelms the thin layer of substance, leaving you conscious of the ravishing production design; John Jack Curtin’s hair styling; Jodi Bryne’s make up; and best of all, Sandy Powell’s fantastic 1950’s costumes – with all those hats.