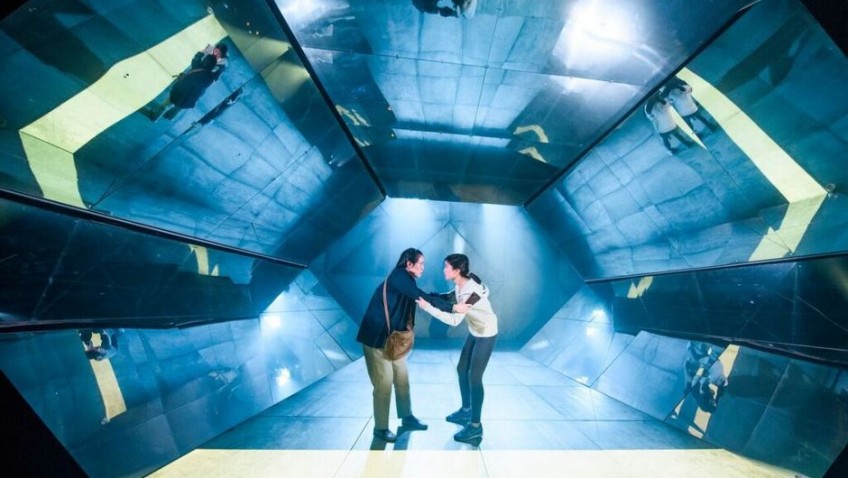 You For Me For You is not for me

Robert Tanitch reviews You For Me For You at Royal Court Theatre Upstairs, London, SW1

Korean-American playwright Mia Chung’s surreal satire on North Korea and the United States of America had its premiere in Washington in 2012. The play doesn’t really work.

Richard Twyman, trying to make it visually interesting, directs the scenes inside a hexagon, (designed by Jon Bausor) whose surfaces are all mirrors. 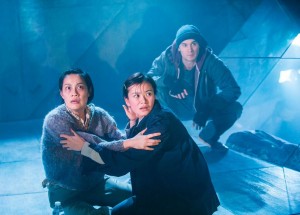 Two starving North Korean sisters want to escape a cruel regime. One sister (Katie Leung) succeeds and ends up in America. The other sister (Wendy Kweh) fails and has to stay put in a totalitarian state.

North Korea is a Kafkaesque bureaucratic nightmare in which even the trees have ears.  There is a scene in a doctor’s surgery where the only way to get medicine is to bribe the doctor who knows nothing about medicine.

America is a satire on the unfulfilled American Dream and its materialism and consumerism. There is so much choice. The Korean (used to having nothing and no choice at all) finds that she cannot make the simplest decisions and ends up having to see a therapist

The best joke is listening to Daisy Haggard speaking American in way that a Korean might understand it. Haggard is totally incomprehensible, the words just pouring out of her. She is the sort of character you might expect to find in a farce by Georges Feydeau.