Home / LIFESTYLE / REVIEWS > / THEATRE REVIEWS / “I want to have a child!” Lorca’s Yerma is radically re-worked 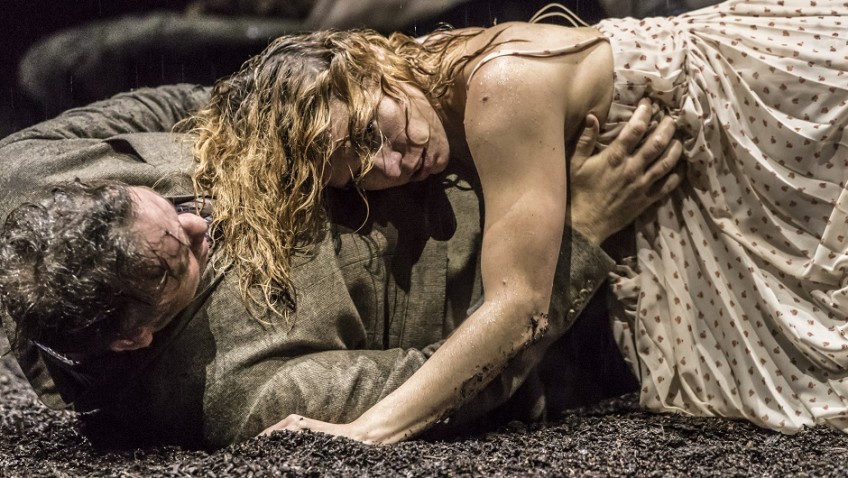 “I want to have a child!” Lorca’s Yerma is radically re-worked

YERMA (1934) is the second play in a trilogy of rural tragedies by Federico Garcia Lorca, which includes Blood Wedding (1933) and The House of Bernarda Alba, the last written in 1936, the year he was assassinated by nationalist troops in the Spanish Civil War. He was only 38.

The Young Vic is well-known for its radical approach to the classics. Australian director Simon Stone’s truly remarkable re-working of Yerma is so radical that nothing is left but the title and the terrible agonies of not being able to have a child.

Since Yerma is Spanish for barren, so Stone could have called his play, Barren. The rural drama is taken out of early 20th century Catholic Spain and relocated in a modern urban world.  The heroine is a professional journalist, who longs to be pregnant and writes about her failure to become so in a frank and hurtful blog which humiliates partner, family and friends.

The audience sits either side of a traverse stage and the actors act inside a glass cage. Stone did the same thing in his arresting re-working of Ibsen’s The Wild Duck at the Barbican a couple of years ago. The designer is Lizzie Clachan.

The script is a series of short scenes punctuated by black-outs and chanting. The sound effects are by Stefan Gregory. The scene changes are remarkable for their swiftness. The sudden appearance and disappearance of props, trees, furniture and floor coverings is amazing.

The immensely likeable Billie Piper gives an extraordinary emotional performance which skilfully moves from joy and laughter to disillusion, depression, obsession and self-destruction.

Piper is so real, so natural, that it is genuinely distressing to observe her cracking-up.  Brendan Cowell is excellent, too, as her humiliated partner, spiritually and financially bankrupt. IVF treatment does not come cheap.

The production builds to a shattering climax.

Yerma is the least performed of the trilogy. So it would be nice to see the play Lorca actually wrote and given the full Andalusian poetic realism. But Simon Stone’s modern re-think is quite definitely not to be missed by serious theatregoers.