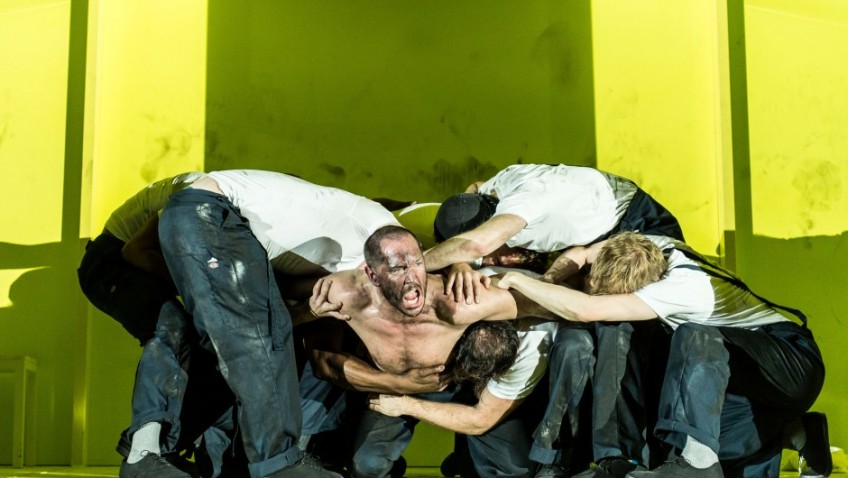 Eugene O’Neill’s Yank is rejected by Man and Ape

Eugene O’Neill’s text is a bitter indictment of class divisions and the way society dehumanises and alienates the working classes, who are treated as if they are animals.

The Hairy Ape was denounced at its premiere in 1922 as socialist propaganda and therefore subversive and un-American.

The New York police (no doubt because they were portrayed as sadistic bullies) described the production as obscene, indecent and impure. Yank (Bertie Carvel), a stoker on a luxury liner, is abused by a young woman, a rich socialite, who calls him “a filthy beast”. He determines to get even with society and approaches an agit-group (the Industrial Workers of the World); but they are not interested in his revolutionary ideas and chuck him out on to the streets.

Yank is rejected by Man and Ape. His story is told in a series of German expressionistic tableaux.

The first time I saw The Hairy Ape was in German in a memorable production by Peter Stein, with huge sets, at the National Theatre in 1987.

I might as well have been listening to it in German as I watched this revival by Richard Jones, so difficult was it to always understand what Bertie Carvel and the actors were actually saying.